It is almost time for the Israeli bell pepper season at Gilad Produce in the Netherlands (which also produces in Spain, Israel, and Mexico) which starts at the end of October/beginning November. In recent years, Israel has mostly focused its bell pepper exports on Russia and North America, and Gilad Produce's Frank Mostert does not expect that to change due to the current gas prices. 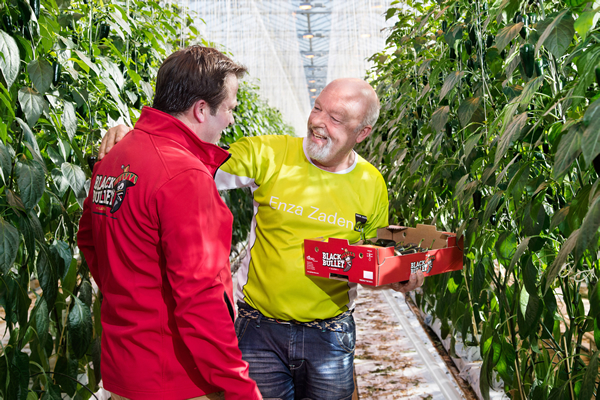 "Dutch cultivation will end sooner. I think particularly Spanish growers will benefit from that, and they've been on the market for a few weeks. Only when the price in Europe is really high will Israel send more peppers, but I don't foresee them sending a lot before that. Most will go to Russia and the United States again, but should prices skyrocket in Europe, Israel can respond quickly," he says.

The Israeli crops look good, according to Frank. "We had a good summer. Last year, because of the hot weather, there were a lot of small fruits. This year's climate's been much more favorable, and we can start the season with good, large fruit. However, there will be less volume again this year. That's after the difficult years the Israeli sector's had recently."

The Dutch season is just about over at Gilad Produce. "We'll have bell peppers, peppers, and mini cucumbers for a few more weeks, then the season's over. We introduced 'Cuckies', our mini cucumbers brand, this year. That was a nice bright spot, and we're already very optimistic about the next Dutch season. We also want to expand our peppers, mini cucumbers, and bell pepper acreage further. We've chosen to take a path with our brands for several years which is catching on well. We can be a good partner for every Dutch exporter," Frank concludes.