"Sales of first Canary Island tomatoes going smoothly, but a good year is desperately needed too"

Last week, the first round and plum tomatoes of the Canary Islands season arrived at Fortuna Frutos in the Netherlands. "The crop is perfect, so we can say this is a good start. We still have plenty of imported tomatoes, and a lot of the Dutch tomatoes are already finished. Customers are looking for problem-free import tomatoes," says Gert-Jan Slobbe.

"Generally speaking, the prospects are promising. But, in all honesty, Canary Island farmers would more than welcome a good year. In the last two years, we've had good quality products. The yields were, however, far too low for the growers. Everything has become more expensive, from pallets to packaging, transportation, and labor. But passing on these costs further down the chain has proven difficult. At the trade fair in Madrid, this was also a recurring topic of discussion with our suppliers. That will have to change if we want to keep this sector future-proof," he says. 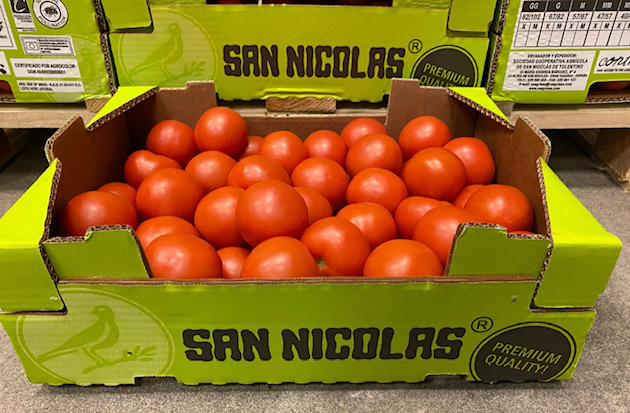 "Farmers in the Netherlands don't light their tomatoes continuously, so gas prices aren't such an issue for this segment as for other countries. There will, nonetheless, undoubtedly be significantly fewer Dutch vine tomatoes from the lit crops on the market this winter, which could be very beneficial for the whole tomato range's prices."

Fortuna Frutos receives Canary Island round tomatoes under the San Nicolas and Novy brands. Their Dutch office markets to retail, food service, and wholesale clients. These are both in the Netherlands and elsewhere in Europe. "We've been doing that for almost 40 years. We hope to celebrate our anniversary on November 24," concludes Gert-Jan.