How to control loopers (Lepidoptera)

The color and size of looper larvae and adult moths depend on the species. Larvae can range from green to brown and moths are usually a mixture of white, grey, and brown coloration and patterning, and are easily distinguished from caterpillars based on their movements. When the larva moves, it brings its rear towards its front forming a “loop” and then extends its front forwards. Caterpillars move in a wave-like fashion. 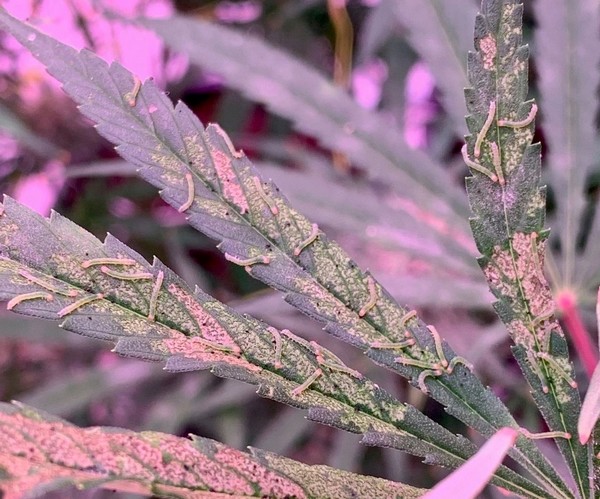 Biology
Looper development time largely depends on temperature. The life cycle consists of egg (2-5 days), five instar larval stages (20 days), pupa (4-13 days), and adult (alive for 10-12 days). Eggs can be laid singly or in large clusters and can be transparent to a yellowish-white color. Larvae feed on leaf tissue and pupate on the underside of leaves by secreting a white web-like substance. While cabbage loopers are able to prolong the pupal stage, they do not tolerate temperatures below 10-12°C for long and subsequently do not diapause.

Crop Damage
Crop damage due to loopers varies slightly depending on the crop and species. During the first larval instar, the larvae may not be able to chew through the leaf if the leaf is too thick, which can result in a thin layer of leaf tissue or yellow discoloration. As the larvae develop, they are able to consume large pieces of leaves resulting in larger and complete holes. Larvae also defecate where they eat, and the fecal matter appears as small black dots which may be a crop contaminant. 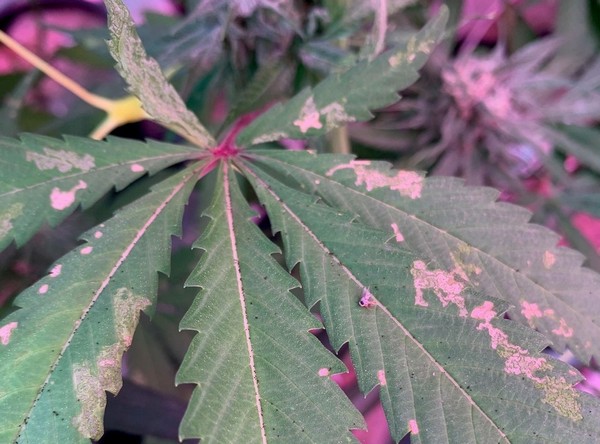 Pest Management - Preventative and Mechanical
One of the simplest ways to remove looper larvae from a crop is by maintaining a crop schedule. By consistently pruning plants, eggs and larvae may be removed before their presence is realized. Targeted deleafing may also be necessary for crops that are unable to be sprayed with pesticides. Deleafing is especially helpful in hotspots where large egg patches or freshly hatched larvae are found, as a large number of individuals can be removed in a localized area before significant damage has been done.

Physical barriers can be used to prevent moths from laying eggs in a crop. For greenhouses, this can mean placing screens over vents. Blacklight and pheromone traps can be used as well, trapping the adult moths. However, these methods alone are unable to provide complete control as females may have laid eggs prior to being caught. 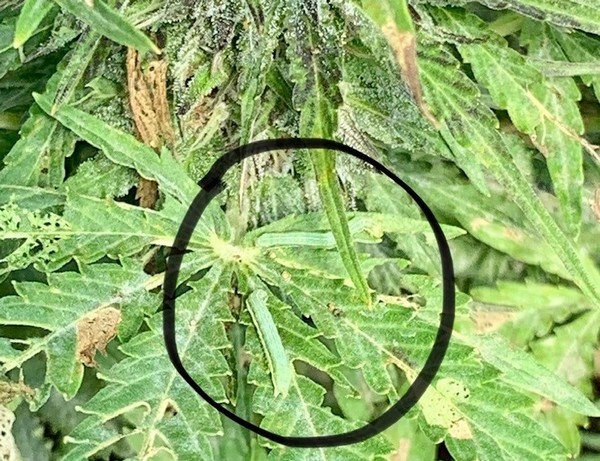 Biological options
There are various options to combat the looper. One of thoses is by introducing the S. carpocapsae into the greenhouse. S. carpocapsae is a nematode species that has been shown to be effective on looper and caterpillar larvae. Entomopathogenic nematodes are applied through foliar sprays where they need to come into contact with their Lepidoptera host before the surface dries. Nematodes are host-specific and do not harm other beneficial insects. Another option is the Trichogramma spp., a type of parasitoid, or parasitic wasp, that parasitize moth and butterfly eggs. They recognize 150 different hosts species including cabbage looper, codling moth, oriental fruit moth, twig borers, and fruit worms.

Chemical options
Biopesticides are effective when applied correctly, at the right time, and at the recommended frequency. These biopesticides contain a bacteria or virus that is applied to the leaf surface and is later consumed by the looper larvae, killing the looper from the inside as the pathogen destroys the digestive system through various pathways. Usually, these products need to be applied when loopers are newly hatched. They should, however, be used sparingly to prevent resistance.

Insecticidal soaps and oils can also be effective on loopers as they suffocate the larvae, but these products can cause phytotoxicity, especially on sunny days. Soaps generally have low restrictions on the number of uses while oils can be more restrictive. 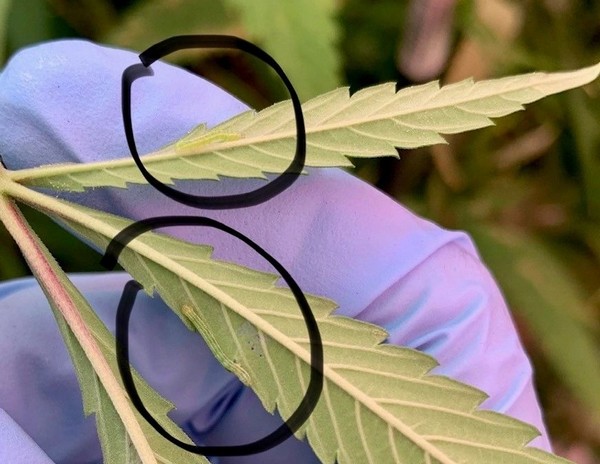 Summary
Loopers are among the most common pests. Through active monitoring, moths and newly hatched larvae can be detected early and a proactive pesticide application scheduled. Physical traps and barriers can be also be implemented such as sticky cards/tape, vent screens, row covers, blacklight, and pheromone traps. While there are biological options available, biopesticides seem to be the most effective.