"Fruits and vegetables are the drivers par excellence for e-commerce"

At this year's German Fruit and Vegetable Congress, Sabine Dziallas presented the latest NielsenIQ study results. According to NielsenIQ, there had been an increasing demand for food but a declining shopping frequency. Compared to 2019, sales growth "exploded", particularly due to the hoarding of mid-2020, she said.

"We are currently back in an eased phase, although this is not a new phenomenon, as shopping frequency has been declining for several years. This has simply been accentuated and accelerated by Corona," Dziallas says. 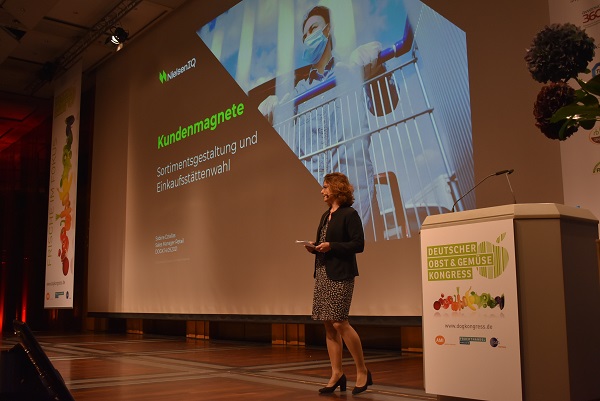 "Fight for the Trip."
According to Dziallas, the trade should follow the motto "Fight for the Trip" to counteract this negative trend. Nevertheless, massive growth was observed last year, which focused primarily on bulk purchasing.

90% of sales were distributed among three of eight "shopper missions", i.e., three specific sales motivations: bulk shopping, stocking up the fridge, and targeted fruit and vegetable shopping. The latter, however, would no longer exist to the particular extent that fruit and vegetable purchases are mainly made in bulk. 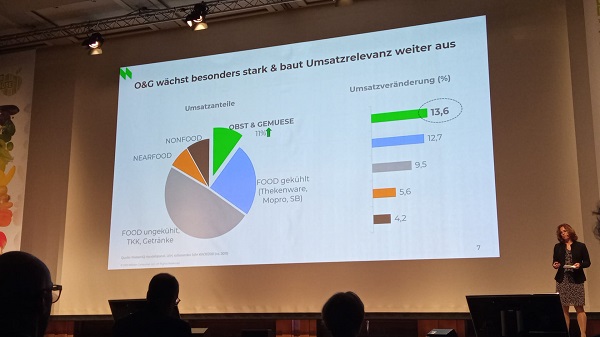 The importance of fruit and vegetables is also reflected in the fact that their share of sales is now 11%. Overall, sales in the fruits and vegetables sector had grown by 13.6%. This is primarily due to increased health awareness and the fact that more people are cooking at home.

Accordingly, 'fruit and vegetables' was the decisive driver for the choice of outlet as well. Other goods, such as drugstore or dairy products, are also being bought more frequently, but these are not decisive and are simply purchased as well.

Bulk purchases primarily in supermarkets
Since Covid, bulk purchases are primarily made in hypermarkets. Dziallas classifies businesses with an area of 1000 to 2500 m2 as being among them. Again, the weakest sales growth would be at discounters, although they have an "extremely high share of fruit and vegetables". According to the study, changes in consumer shopping behavior have also led to shifts in market shares, with hypermarkets expanding their market share.

In general, market shares for all products are growing more strongly at the hypermarkets than at the discount stores. Dziallas says that the discount store would have to broaden its range of products in order to be able to serve one-stop shopping, i.e., total shopping in one store, more as well. 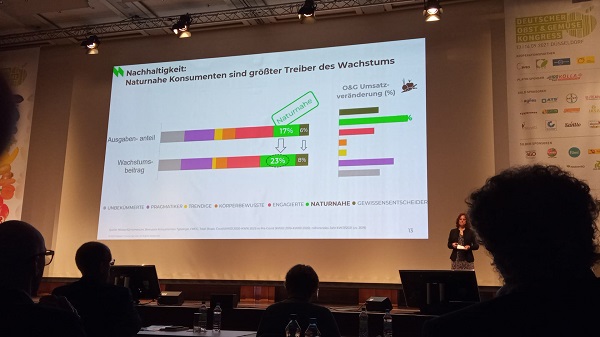 "Organic goes mainstream"
NielsenIQ also notes that different diet types also showed important significance in purchasing behavior. These are categorized as the unconcerned, the pragmatic, the trendy, the body-conscious, the committed, the natural, and the conscientious. With a spending share of 17% and a growth contribution of 23%, the nature-conscious represent the largest increase here. Important to this group are the topics of regionality, seasonality, but also fair trade, etc.

In addition, the principle of one-stop shopping dominates purchasing behavior. Since Corona, there is also a desire for easier accessibility. The consumer market fulfills both aspects, hence the corresponding figures. 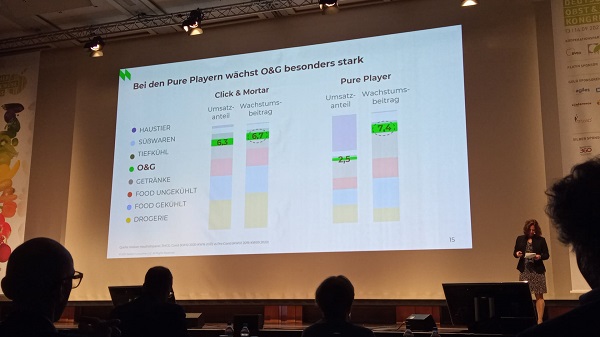 Before Corona, bulk shopping was done once a week, primarily on weekends, but now many people shop during the week, for example, during their lunch break. Meanwhile, however, the total purchase is also done via e-commerce. "Fruit and vegetables are the drivers par excellence for e-commerce," Dziallas said in this context.

Fruit and vegetables are currently triggering the really relevant bulk purchases. According to NielsenIQ, topics such as sustainability, as well as vegetarian and vegan nutrition, continue to be major growth drivers. '"Discounters definitely have some catching up to do here and should focus more on the breadth of their offerings. But that also applies to e-commerce because absolutely nothing works without fruit and vegetables." 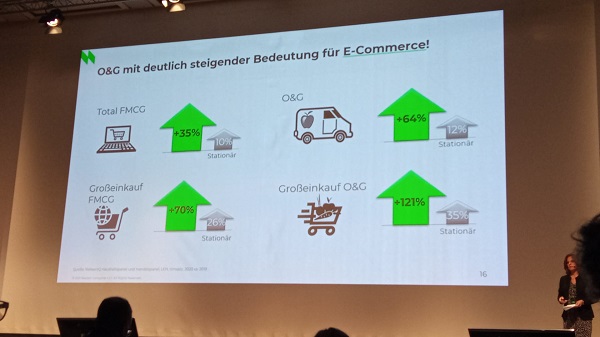