The ESP (well pump) was brought to the surface. That is the first time since the system started supplying heat to nearby greenhouses in 2018.

Before work could begin, the well's pipes and valves had to be removed. Then the production pipe parts were unscrewed and removed piece by piece. After that, the ESP could be pulled up for a thorough inspection. That was from a depth of 600 meters. "The pump still looked good as new," says Plant manager Gerben de Jong. 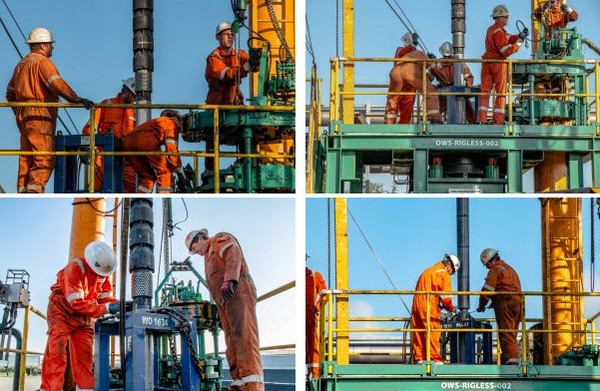 Minimal corrosion
Next, control measurements were taken in both 2,000m deep geothermal wells. That was done using (ultra)sonic equipment. Pipe corrosion is a risk associated with geothermal heat production.

That can lead to a loss in wall thickness. The measurements showed that the wells' walls have thinned by only 0.1 mm. Three years down the line, they are 12.9 mm. They were 13 mm thick originally.

Wayland Energy's two geothermal wells, therefore, seem to have suffered the least amount of corrosion compared to other Dutch wells. That means heat can be produced very safely in the future too.

After the measurements and maintenance, the ESP was lowered again. The electrical control was tested and adjusted. And a week later, the site restarted its geothermal heat production.

This work took 40 people six days. Thanks to this maintenance, the system can continue producing heat well.