"We want to help more growers, individually, and respond to client wishes with a wider range"

"If you think about it, everything in life is temporary," mused John Willems last year. That was when he joined the Dutch cooperative, ZON, as interim director. That interim position has now become permanent. This week, ZON's employees and members were told he is staying on. "My probationary period is over," laughs John. 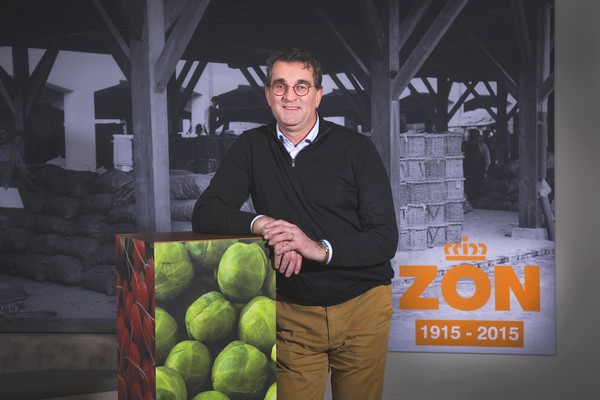 "When I started here, I only really knew about ZON from the media. At the time, it seemed a lot was going on. Fortunately, ZON and its members realized steps needed to be taken. And I think the boat is now truly heading in the right direction. We've met with many members from all sorts of backgrounds in the past few months. And the outcome's been good. There are plenty of opportunities. I fully support this new path. It'll facilitate more individual grower needs and better match supply with demand." 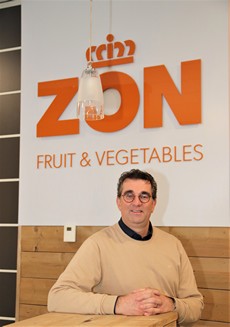 This new direction includes facilitating more individual farmers' relations with clients. "This organization has been around for a long time. And we usually worked from the collective. We're now refining this," John explains.

"We're heading more toward one-on-one relationships between our members and customers. There's a clear demand for this from the buyer's side. People have specific requirements and want to know who the supplier is. As an organization, we want to facilitate that. The collective's input will be more voluntary."

Expanding the product assortment is another focal point. "We have many auction buyers who need a wider range of products than we currently offer. So, we're actively looking to collect these goods. The focus is on Dutch produce. We mostly used to see what products our growers had. Now we're going to actively consider the clients' needs. And find growers to match that. There are examples of where we see growth potential with our customers. For instance in products like asparagus, bell peppers, and cucumbers," says the director.

Lower yields than anticipated
John is satisfied with 2021's first eight months. "Turnover-wise, we've done very well, primarily thanks to higher average prices. Less light and the weather conditions generally resulted in lower productions than forecast. Though, there are vast differences per product group. The prices of particularly tomatoes, asparagus, and iceberg lettuce stood out this year. However, those of bell pepper and new leek are significantly lower than last season."

In July, storms hit Limburg, a province in the Netherlands. "It did cause damage to some growers. But, overall, it had a very limited effect on ZON," John continues. "The flood protection measures taken in recent years work. Some people say the government doesn't do much, but I must give credit where it's due. If these measures hadn't been implemented, some of our members with greenhouses would have suffered greater damage."

GMO scheme
It is not easy to attract new members. Nonetheless, John thinks ZON has the necessary appeal. "I think we score well in many areas, like payout prices. The course taken to facilitate individual wishes will be more enticing too. And next year, we'll participate in the GMO scheme again. That's after several years of absence. We gladly met this members' demand," John concludes.