There is plenty that tomato growers have to deal with. No wonder the digital version of the Enza Zaden Tomato House Fair attracted at least as much attention as the physical version did earlier this summer. In the next few weeks, the breeder is organizing another House Fair. ToBRFV virus, increasing labor costs, and the demands from the market will be on the agenda again as these are challenges growers are currently dealing with. These combined challenges mean that in the snack tomato segment, for example, there is a lot of attention for 'production varieties', Marc Mens and Edwin van Antwerpen note. At the same time, the retail sector seems to be slowly becoming open to novelties again.

More demand for production varieties in snack tomato segment
Despite the fact that it won't be possible to physically taste Enza Zaden's offer this year, snack tomatoes and other flavor types are again in the spotlight. "Due to the taste and high quality of the smaller tomato types, we have seen the acreage grow over the past 5 to 6 years. At the consumer level, the maximum size of the market in the snack tomato segment has certainly not yet been reached," expects Edwin van Antwerpen. "However, we do see an increasing demand for production varieties that are more consistent in terms of production, quality, and taste in this segment." 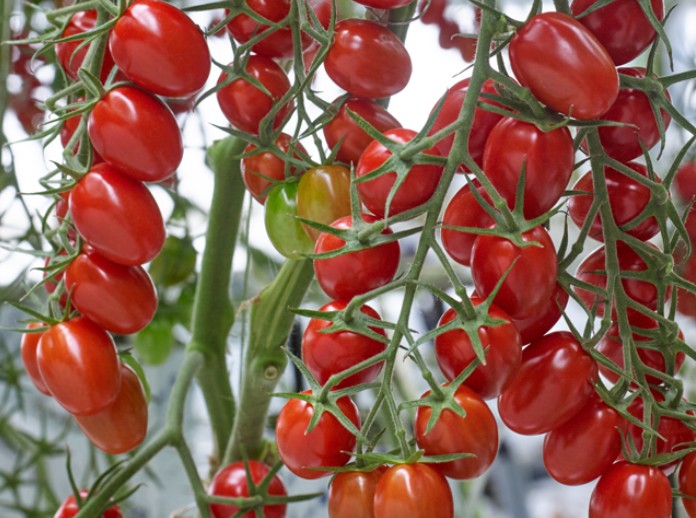 With snack tomatoes, high labor costs can also pose a problem. Growers would rather grow a 12-gram tomato than a 10-gram one because that is more labor-friendly. The Enza Zaden team, therefore, helps growers to consider other variety characteristics that reduce the demand for labor. For example, it makes a big difference whether you harvest from three trusses at once, or from two. "A Santa with a split truss of 2x14 tomatoes provides a smoother harvest, which fairly reduces your labor demand. If you contrast that with 4 to 5 trusses with a fruit weight of 9 to 10 grams, the difference can add up," Marc clarifies.

Santa tomatoes
The high labor demand in the snack tomato segment has already resulted in an increase in the cultivation of Santa tomatoes in North Africa, particularly in Morocco, in recent years. Do they have a right to exist in the expensive, heated cultivation in Northern Europe? "In many European countries, the demand for local produce is stronger. This makes up for the higher cultivation price. In the Netherlands, this may be difficult and you don't see it increasing. At the same time, the large sales organizations do want to offer local products in their range too. "If there are guarantees in return, they will go for the top segment, otherwise they will choose varieties that are more efficient to grow," Marc observes.

He notices that this demand is widely supported by Europe. "Even in countries with a strong local market like Switzerland, there is a demand for a product that gives more kilos." The Swiss market also has more surprises. The country is at the forefront of the shift to organic and the government has a target of converting half of its acreage to organic. "Yet things are not going as fast now as the trade and supermarkets would like. Consumers still find it too expensive, which is partly caused by the challenging cultivation. The acreage is increasing, but too slow to meet the government's targets. In fact, you can see this happening in many places in Europe: how many more organic growers will there be? It depends on the market, but in the Netherlands, it is certainly not increasing yet." 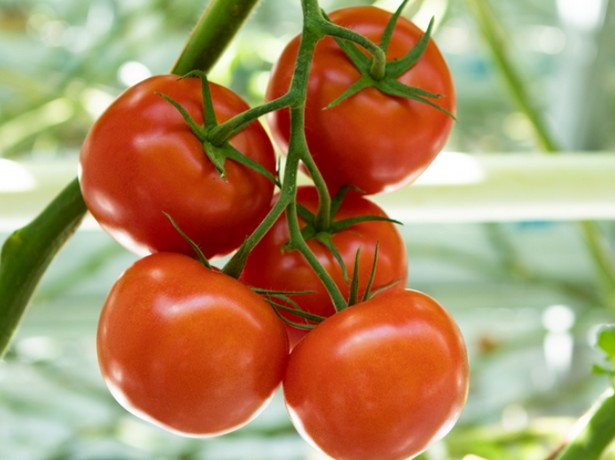 Reliable varieties in coarse TOV
Without a guarantee of sales, the choice often still falls on coarse TOVs. "That remains a safe choice," Marc continues. "Reliable varieties like Extenza, which give a good yield over the year, make it possible for growers to cultivate profitably, especially in an illuminated crop." This year, the same goes for loose tomatoes. After the acreage declined a bit last year, the demand is back on a level due to the reopened hospitality and catering business. There they see that Sjaleza is well appreciated, because of its high taste level. The variety is becoming a quality label, which can even be found in the supermarket.

This is remarkable because European supermarkets are certainly not looking to expand the number of segments. "In the last four years there have actually been few new segments embraced, something we saw much more strongly in the years before," Erwin says. "Only in Santa's have a few more colors been added." On the one hand, it is logical that growth will not continue for ever, Marc believes. "There's a lot of focus on shelf turnover. It has to pay for itself quickly and that comes at the expense of varieties that are, for example, very high on flavor and have a corresponding price level. We understand from the United Kingdom, among others, that exclusivities on the shelf are very desirable, but that the return is difficult to achieve. If you select like this, only the easiest and fastest-selling segments are left in the end." 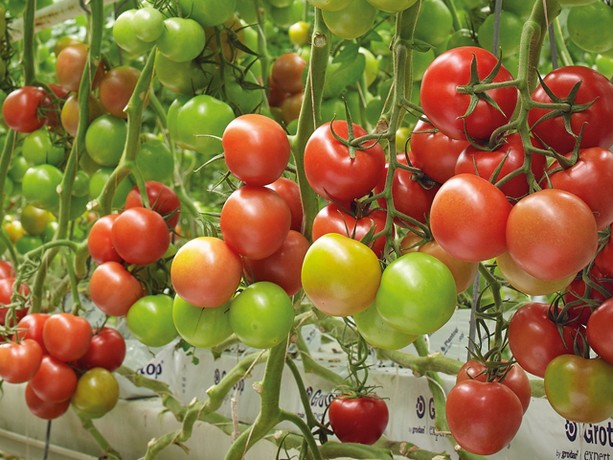 Nevertheless, a turnaround is visible in the market. After years of limited interest in New Product Development, the British retail sector, among others, is slowly looking again for products to distinguish themselves with. Not the easiest timing, given that most seed companies are putting all their efforts into ToBRFV. Enza Zaden announced last year an HR-resistance gene, which will be crossed into the varieties in the near future. "Worldwide there is a lot of demand for this. Growers see that it is possible, however difficult, to get rid of the virus and also know that it is a matter of time before the resistance is widely inbred, after which the production of resistant varieties can be picked up."

All in all, growers are still in the necessary splits. "Things seem to be going reasonably well in the tomato world, but challenges are and will continue to be huge. Labor and viruses, both ToBRFV and COVID-19 make the risks high. In addition, growers also know that the retail to which they supply has other priorities. They just want the best possible product from the approved variety selection on their shelves."