This spring, De Groentuin connected two of its greenhouses with a new sorting warehouse. De Groentuin is a Belgian bell pepper grower. The grading machines got to work in May. That means, from now on, this farm will sort its own bell peppers. Yellow and red ones, because with this latest investment it was decided to stop growing the orange variety.

For Guido Quirijnen, it all started with yellow bell peppers in 1999. He is a farmer's son. His parents cultivated bell peppers and tomatoes. Guido started his own business shortly after completing his studies. A plot of agricultural land became available near his parents' house. And so, in 1999, Guido had his first two-hectare greenhouse built.

The first planting took place that year. Guido and his wife, Ann, run the business. Expansions followed, and today the farm boasts 13 hectares of greenhouses. That makes De Groentuin one of the larger bell pepper producers in Belgium. 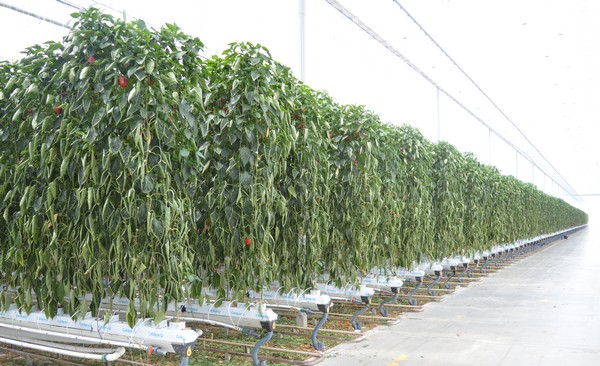 Guido demolished the oldest greenhouse - where it all began - last year. A new structure replaced it. The past 20 years' growth has led to five and eight-hectare greenhouses.

This year, these were linked by a sorting warehouse. The grading systems began their work in week 20. "There was a lot of hard work right away," says Guido. "That week saw peak productions. I've never seen the plants bear so many bell peppers before."

The logo's bell peppers' colors show the varieties De Groentuin grew until this season. They have, however, discontinued orange bell pepper cultivation.

Perfect set-up
Guido has gained some experience over the years. Including in grading. He'd invested in a sorting line in 1999. "At that time, it was a two-liner with ten exits. We used it to grade the bell peppers from my first greenhouse."

The first expansion was in 2003. Guido then decided to sort the bell peppers centrally at Coöperatie Hoogstraten. De Groentuin is still a member and sells its wares there.

Replacing the old greenhouse led to the decision to start sorting in-house again. "That allowed us to connect the two greenhouses. This means we now collect all the produce in a central location. Before, that was in two places. When that centralization became possible, self-grading returned to the frame," explains Guido. 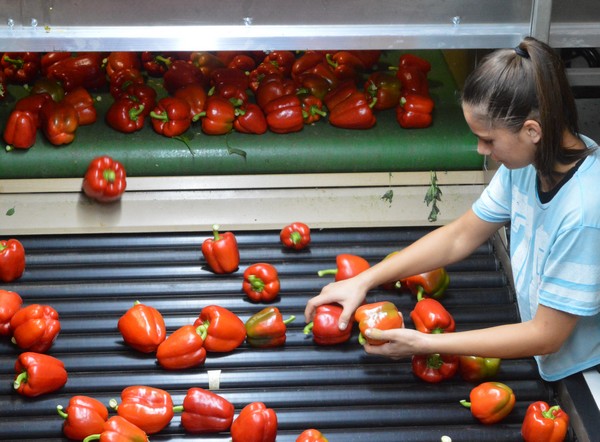 Just before the automatic grading, the bell peppers are sometimes arranged or any dirt removed by hand.

He says this latest investment has created the 'perfect set-up'. "There's still a little room to expand. But I don't expect to do that right away. In all respects, this was the right time to take this step. At 45, I've now optimized the business, in such a way that we can soon start running smoothly."

Guido knows he is one of the largest bell pepper farmers in Belgium. "Some farmers have a similar acreage, but there aren't any much bigger," he says. 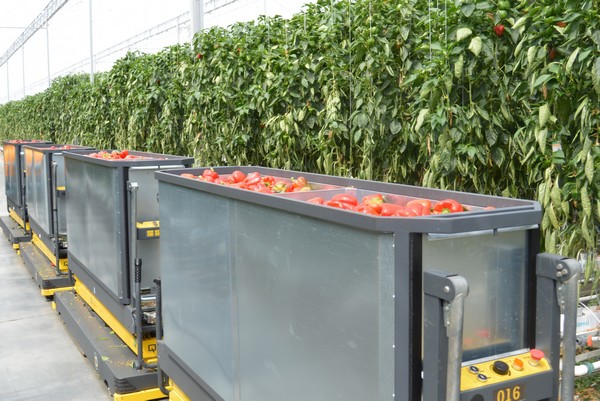 Expansion limits
You do find them in the Netherlands. There, there are growers who have as much acreage as all of the Belgian farms (106.5 hectares in 2021) combined. Guido does not know why this is. "Perhaps cultivation had previously been better established there?" He does not think bell pepper farming in Belgium will follow suit any time soon. "It's not so easy nowadays for Belgian growers to get enough land to build greenhouses."

Guido thinks farms even half his size can be successful. "You don't necessarily become more efficient as you expand. There are also limits in that regard. Staff, for example, plays an important role. The company's current size is still manageable for me. If you grow larger, you need more people. Not just for harvesting, but for organization too."

Guido followed his own expansion course over the years. "My buyers didn't request it. We sell a lot via auction. The direct client link is still limited. For tomatoes, there are increasingly direct links with buyers in Belgium too. Not so for bell peppers. But that doesn't mean we don't consider these sales. We pay great attention to quality too. Just because you don't know the buyer doesn't mean the quality should be lacking. On the contrary." 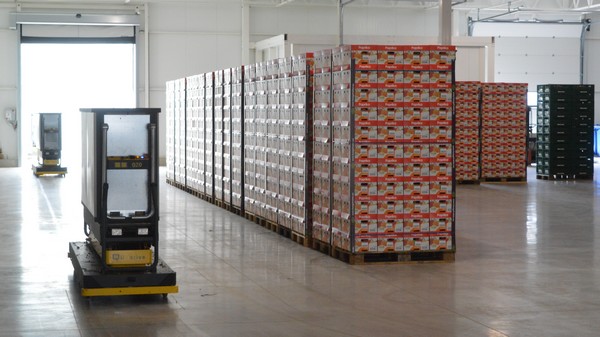 The harvested bell peppers are automatically transported to the processing warehouse.

Taking steps, making choices
This latest investment helps guarantee that quality. De Groentuin's modern greenhouses are equipped with the latest technology, including three computer screens. Certainly, not all growers have that. "Everything is on point now. Our farming has improved and become more energy-efficient. Our goal now is to achieve good returns," says Quirijnen.

In-house grading means they can keep everything under close control. "We now see our own product going over the sorting belt every day. That helps to connect more closely with your goods. You can also assess them better. And, if necessary, feed your findings back. That's to, for example, staff or the greenhouse climate. I think this will allow me to make many more (small) improvements in the long run."

The containers of harvested bell peppers are automatically emptied prior to sorting.

A Hoogstraten fellow farmer will take over De Groentuin's orange bell pepper cultivation. Guido had already stopped growing the green variety. "This crop differs slightly from yellow and red. You have to train your staff well. The harvesting point is crucial. To remain efficient, you sometimes have to make these choices," he concludes. 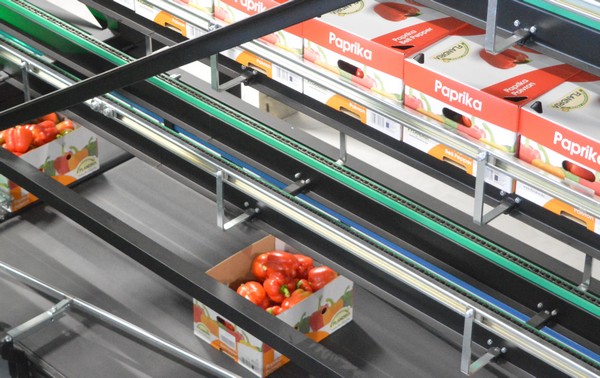 Post-sorting, the bell peppers are packed into boxes or crates and readied for transport.

This [Dutch] article appeared in Primeur, year 35, edition 7-8. You can read it on www.agfprimeur.nl.