The figures regarding early Fortuna strawberries are growing in the Metaponto area (Basilicata), not only when it comes to crops, but also for the companies that decide to make it part of their catalog.

FreshPlaza spoke to Rocco Marzo from Fornabaio Piantine, a company specializing in the sale of strawberry plants. "For the next campaign, we have sold 3.2 million plugs of the Fortuna cultivar (formats 54.66 and 77) compared to the 2 million of the past season and the 1.7 million of 2019. Of course this data only concern my business." 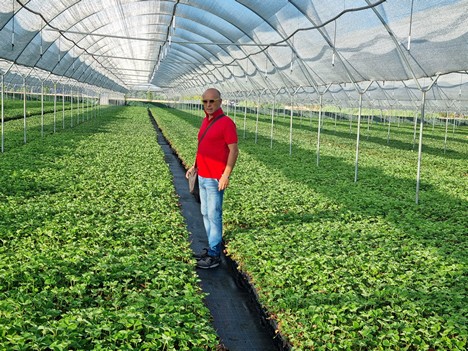 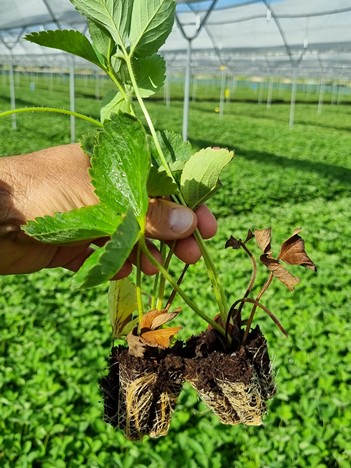 "Despite the difficulties caused by the pandemic and other problems, producers have achieved great results, plus there are new companies that decided to invest in this early cultivar. There are many reasons why strawberry growers choose Fortuna, including the possibility of covering a commercial window that is rather empty, thus guaranteeing supplies to big retail chains. There is also the fact that they can retain labor by employing it for a longer period of time." (Right: Fortuna plant in a foreign nursery).

"We have just got back from Spain. Plant multiplication is going great and we are already getting organized with the first shipments to our warehouse, so we can sort orders to our clients who will start transplanting in early September." 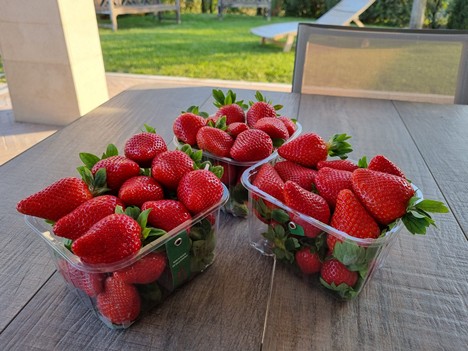 "After a few tests carried out in the Ionian areas, the Limvalnera cultivar will become available as of the next season (both plants and plugs). It is an early variety that enters production between January and June. Fruits have a bright red color and a cone shape, with a rather large sepal and an excellent shelf-life."