The JPFA holds '10 years of progress, achieving the SDGs and beyond' fest

On 15-17 September, the Japan Plant Factory Association (JPFA) celebrates its 10th Anniversary Fest, celebrating 10 years of progress, achieving the SDGs and beyond. The member-only online event marks JPFA’s anniversary and at the same time, is a token of gratitude to all supporting members.

“We want to show and express our gratitude for everyone that has been supporting us as we’ve been working with them for a long time,” Eri notes.

The event offers many interactive activities as there will be Q&A opportunities, presentations (either in Japanese or English), a virtual exhibition and knowledge sharing keynotes. During the event, they will also look into food production in 2050, phenotyping, and breeding, which have been active topics lately.

Accessible platform
Eri Hayashi, VP of the JPFA said: “I’ve always believed that plant factory/vertical farming would solve the food issue and that’s why I’ve been involved in numerous projects. Hopefully, we can create together a platform where vertical farming technology can be integrated, introducing it to our society. I’d love to see women, or youngsters even, benefitting from it when looking for job opportunities.” 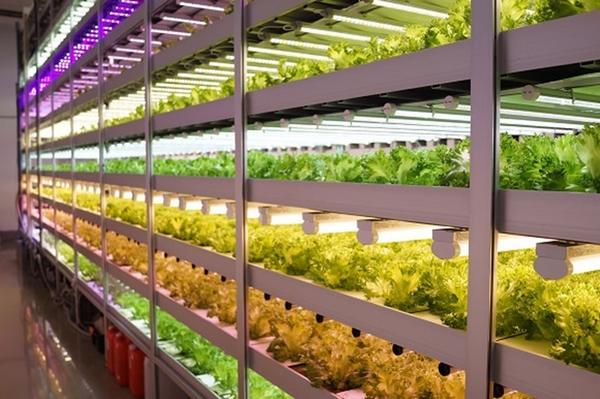 Eri joined the industry in 2008 and ever since one of her goals was to help solve health issues in the food industry both in developed- and underdeveloped countries. With the JPFA platform, expertise is expected to be shared with even households for them to use this information to grow plants themselves.

Sustainability goals
About 10 years ago the JPFA already aligned its goals with the Sustainable Development Goals (SDGs). All processes were restricted to sustainability, and many processes are related to SDGs these days. However, it wasn’t always easy, claims Eri. “In the beginning days, many companies in the various academia-industry consortia on campus were focusing on profit mostly, however we kept on going. Lots of R&D was done in the past 10 years and that is what we want to share, also the business side of it.” Previous and current research outcomes will be shared with JPFA collaborators and members.

Enhancing the services
“Compared with 10 years ago, the industry has been developing at such an exciting time. Right now, the need and demand is changing. Before, people were just looking for information in the sector before starting their business and now people are actually starting to farm themselves. We have to be more practical and get more practical services for people in order for them to start their own plant factories,” says Eri. The JPFA is working with more collaborators to share science-based knowledge for farmers that want to start their own farming business.

The operating location of the JPFA

Platform used to share knowledge
JPFA’s goal initially was to achieve the Sustainable Development Goals by developing and introducing a sustainable production system. In this way, they were hoping to solve the problem of food and energy resources and to improve health. By hoping to achieve these SDG’s they constantly kept sharing science-based knowledge on their platforms. “Our task was and is, from a neutral standpoint, to open up the industry to people, to share knowledge and have a discussion about it.

Getting society excited about vertical farming
The JPFA wants to get the Japanese and international society excited about plant factory/vertical farming and the technology behind it. Through the association, is one way to do it, but on the other hand, there are the on-site tours. On average, they have about 5000 visitors, including 40% of international visitors, per year. This, unfortunately, slowed down massively due to Covid, but the organization has high hopes for the upcoming year. Luckily, the company has seen a growing interest in vertical farming as more people get to know about the topic, also from different geographies. Eri says that through the JPFA, even competitors get to talk and are collaborating today. It’s so great to see people connecting with each other and sharing insights.

Workshops and training courses
Eri explains that in total, they’ve been joined by over 1300-1400 people for their JPFA workshops last year. The workshops are all about sharing knowledge, encouraging companies to collaborate, discussing farming and the works. Besides, the JPFA has been offering training courses since 2010 and 3000-4000 people, including international attendees, completed multiple courses in the past 10 years.

More information on the event can be found here.