The dome: a potential game-changer for vanilla supply

“I could get as much vanilla out of five geodesic greenhouses as I would out of one hectare,” says David Soo, CEO of Australian Vanilla Plantations. This innovative greenhouse company is currently producing vanilla in New South Wales, Australia, in its prototype geodesic greenhouse that is automated and managed with Schneider Electric systems.

Why greenhouse vanilla?
Vanilla pods are the second most expensive spice in the world, with most production occurring on the island nation of Madagascar. Global demand currently exceeds supply, a phenomenon exacerbated by the intense drought and famine affecting the region. So while global supply is already below demand, it is increasingly threatened by climatic changes. 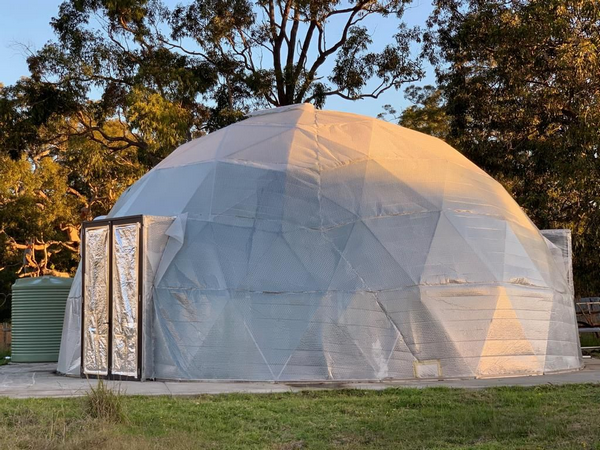 The supply shortage has forced agrifood companies to either contend with the market instability or to use artificial vanilla. While the latter option seems hassle-free, there is a clear difference in the flavor profile as artificial vanilla has only five flavor compounds. In contrast, soil-grown vanilla has roughly 200 flavor compounds, making its flavor profile more complex. Some of these compounds have also been found to have important health benefits.

“Vanilla is more sensitive to temperature variations than typical vine crops because it is native to tropical areas, which don’t usually have major fluctuations. The dome self-regulates the air inside because of its shape, reducing our heating and cooling costs,” explains David. 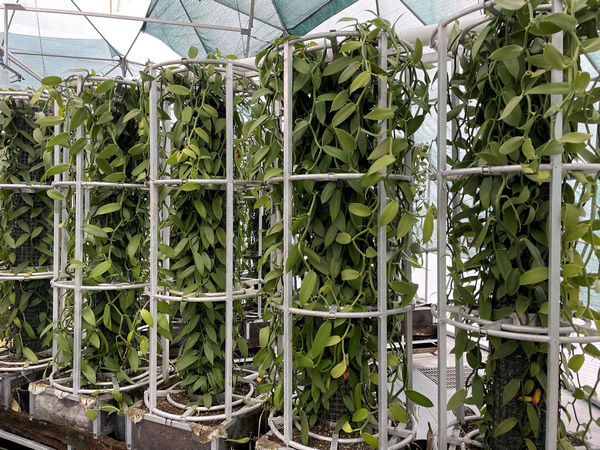 The dome’s shape creates a natural airflow effect, which reportedly makes the dome 50% more efficient than a standard traditional greenhouse. The shape also has a significant impact on labor requirements, as the 11-m diameter means that the growing columns are relatively close and the grower can easily walk the crop. This is especially critical for pollination, which must be done manually and within 6 hours of the flower opening.

“While the vines produce 10-15 flowers per stem, only one opens in a day so you need to keep coming back to pollinate. Because there are only a few meters between each column, we can do all of our pollination within 2-3 hours,” David says. 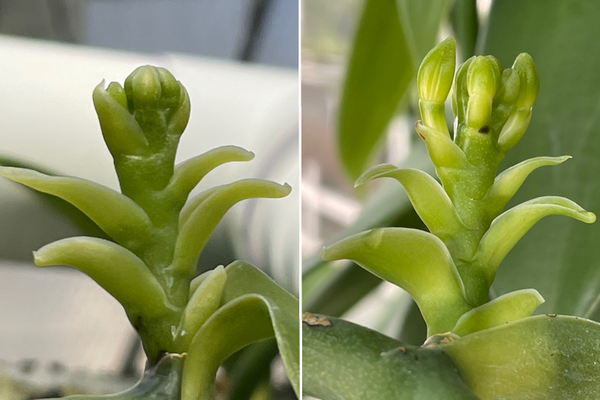 Innovative glazing material
Australian Vanilla Plantations covers its geodesic greenhouse with an air bubble greenhouse film, designed by RKW Group. The film is lightweight, tear-resistant and boasts an 83% transmission rate. Because of the film’s air bubble design, the greenhouse captures a lot of light irrespective of the latitude, as the air bubbles redirect low-angle light into the greenhouse rather than simply deflecting light off of the sidewalls.

“With these possibilities at different latitudes, we can now extend the growing areas while keeping costs low. The material is also very strong and can withstand 160-kph winds,” says David. Furthermore, whilst the vanilla dome has proven to be highly successful growing such a difficult and challenging plant such as vanilla, it can also be programmed to grow a wide variety of other plants.

The design allows for adaptation to meet particular needs of both alternative sites and different flowers or vegetables. The basic needs of light, temperature, nutrition and water are adjustable so a specific recipe can be used depending on the plant. Also different plants can be grown in the same dome at different times of the year. 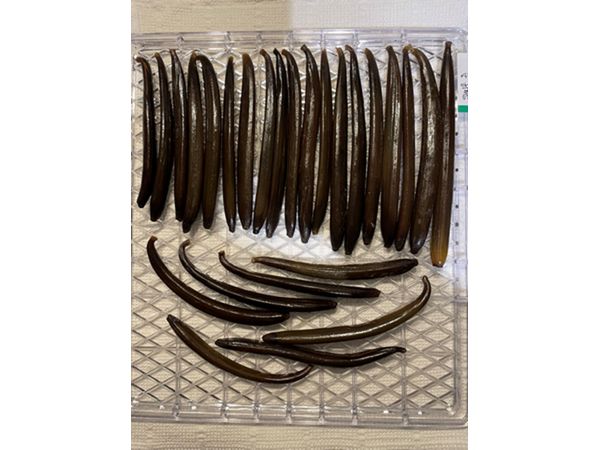 A part of the harvest

Vanilla production for anyone
The dome’s small footprint, high efficiencies, low cost and ease of use means that vanilla production can be achieved in many regions and by anyone. David notes that this technology can be provided to small-scale growers looking for a passion project or established growers looking to diversify their product portfolio. The structure itself is also not limited to vanilla production. but can be used to produce a variety of crops in a low-cost manner.

“On a per-meter basis, we are 60-70% cheaper than a traditional greenhouse build. These are also modular, so you can keep adding structures. And at 5.5 m tall, you can keep the domes closer without worrying about shading. Altogether, it’s a light construction that doesn’t require heavy machinery and is finished within two days,” says David.

Once established, however, vanilla production is a matter of patience as it takes 3-5 years for the vines to begin producing pods, six to nine months for the pods to mature on the vine and another five months for postharvest curing. The result, however, is a rich vanilla pod that leaves its signature aroma on your hands and fetches a high price on the market.