South Africa started its first full-fledged planting of saffron this year, and the first season exceeded all expectations, with most farmers producing successful crops.

According to Bennie Engelbrecht, founding member and director of Saffricon – the company at the helm of the local saffron revolution, saffron has been planted in all nine provinces and the feedback from farmers indicates a success rate of about 95%. “Here and there farmers experienced some hiccups, but the vast majority’s crops were successful and produced flowers. In many cases, year one’s harvest yielded more flowers than initially expected. This bodes well for the next seasons’ harvests and the expansion of the industry.” 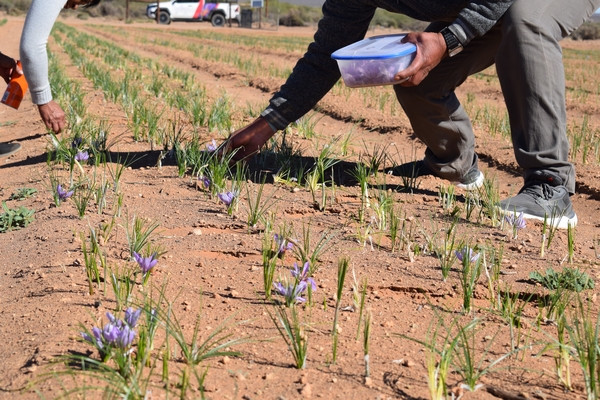 Saffron corms multiply underground under favourable conditions, on average about three times a year, with flower production usually peaking in year three. Saffron is a winter crop and corms are usually planted between March and April. The flowers (which have the blood-red saffron threads) are harvested 40 days after the corms start to sprout. Furthermore, flowers should be harvested immediately, on the day they start flowering.

This year, Saffricon signed outgrower contracts with three farmers with plantings ranging from about 6,000 corms to just over 150,000 corms. Next year, however, many more contracts will be concluded thanks to the greater number of corms available to supply farmers.

Saffricon also sold 173 starter packs to 134 interested parties. A starter pack contains approximately 700 prepared corms, plant nutrition and a growing programme, soil analyses done by Nvirotek and recommendations made by Agri Technovation, a manual to help with cultivation, as well as support from Saffricon. “The starter packs are ideal, as they allow prospective farmers to test the cultivation of saffron all over South Africa in different growing conditions before considering farming on a larger scale,” says Engelbrecht. 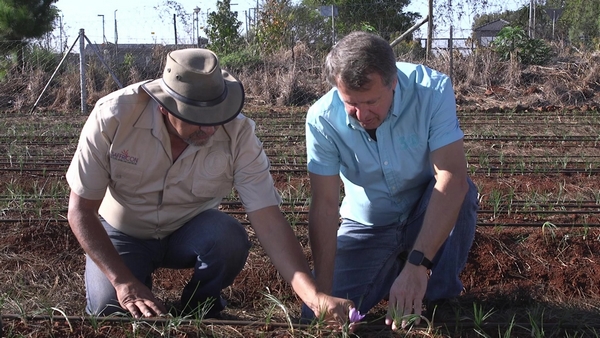 Buyer interest from the Middle East
According to Engelbrecht, there is a lot of buyer interest in their saffron, and they are currently negotiating with various parties in the Middle East. The world demand for saffron is much greater than what is produced annually, which is good news for local production. Iran is by far the largest producer and, according to Statista (a supplier of market and consumer data), produced 430 tonnes in 2019. India (mainly the Kashmir region) was the second largest producer with 22 tonnes, followed by Greece with 7.2 tonnes.

ISO classification indicates that saffron is of top quality
Engelbrecht believes that South Africa has the potential to become one of the world’s top suppliers of saffron, provided it is done on a judicious and orderly basis. Saffron is graded according to the International Organisation for Standardisation’s ISO3632 classification for saffron. Initial indications are that Saffricon's saffron is of good quality, which means that their product should fetch a good price on the international market, according to Engelbrecht.