Horticulture worldwide has to deal with many challenges. Think of climate change, the growing world population, and the need for healthy and safe food. How are we going to feed 8 billion people with the same resources by 2050? “Greenhouses can be a great contributor to these challenges”, says Pablo Ricaud, co-owner and President of Rising Farms in Mexico. Rising Farms wants to contribute to the solution and aims to become the biggest in the country. To be able to scale up fast they will start working with autonomous growing by  Dutch AI-tech specialist Blue Radix on their new location ‘Rising Park 1’. That location will house 47 hectares of high-tech greenhouses when all stages are completed.

The ambition of Rising Farms to grow fast in Mexico finds its source in the belief that greenhouses are an efficient way to produce healthy and safe food. And that technology has to fit the specific conditions in which the greenhouses are built. “We see too often that greenhouses in Mexico are built with all technology available, but that it’s over-dimensioned for the task. Our geographical conditions are not taken into account enough. These are extremely important, as no geographical condition is the same. In Mexico, we have plenty of light available. In our case, that’s not the biggest issue. Optimal water management, however, is becoming more crucial than ever, with increasingly prevalent droughts and loss of soil quality, we must preserve what we have.” 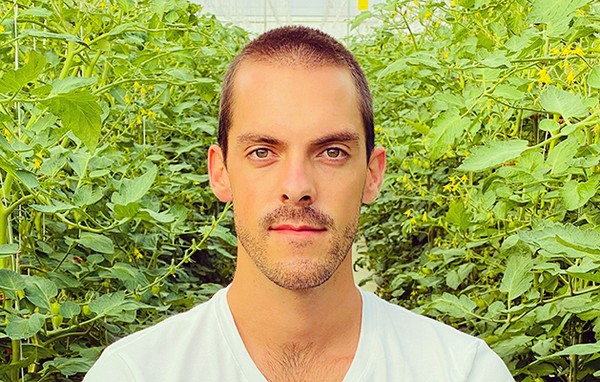 Human in combination with AI is key
“We concluded that, even with the biggest investments, traditional greenhouse technology does not function by itself and does not guarantee a successful operation”, says Pablo. “Although good hardware is extremely important for a successful operation, it simply does not work without an operational excellence base to work with, and that needs to be the priority”. The know-how and human component to operate the greenhouse in combination with AI-driven technology is key, when we understand how we can combine these strengths. That’s the way forward to solve current hurdles and scale up significantly."

"The need for smart growing decisions is chief amongst all, and it is also the biggest risk in the industry. Have a good grower? You’ll most probably have a good crop, have a bad one? You’ll probably have a problem. No single day is the same anywhere in the world. Tailoring smart irrigation systems, nutrition, humidity, temperature, and ventilation on a daily basis almost appears to be a form of art. But when you look at it, those are nearly 100% data-driven decisions. The problem was – until now – we hadn’t learned to harness that data and automate it to operate as a smart grower would do. I can’t think of a more important cornerstone to improve the industry than this, and that is why we start working with Blue Radix – who is cracking that code on autonomous growth."

Scalable greenhouse operations
“We are happy to start at Rising Farms’ newest location with Crop Controller, our AI-driven solution for autonomous growing”, says Ronald Hoek, CEO of Blue Radix. “We are proud to be part of the great ambition of Rising Farms and that we can contribute to the success of the company. Crop Controller is build to make greenhouse operations scalable and less dependent on human interferences. The number of experienced and skilled growers is scarce and is declining even further due to the aging of these growers. So, automation is necessary to reduce the burden of the growers in daily processes on climate management, irrigation, and energy. AI is perfectly capable of doing this. With Crop Controller, Rising Farms is ready for the task to grow the company significantly.

Where the visions of Rising Farms and Blue Radix align even further is on the smart combination of technology and human creativity. AI can be a very powerful tool to run daily processes in greenhouse operations, anywhere in the world. Algorithms can realize the grower’s strategy by high frequently processing tremendous amounts of data and continuously directing installations, 24/7. However, we believe in the combination of AI with human support. That’s why we combine our AI-solution, Crop Controller, with the support of an Autonomous Greenhouse Manager. The AGM helps the grower to get started with autonomous growing, monitors the situation in the greenhouse, and is there to discuss ideas and improvements with the grower.” As Pablo stated: “The know-how and human component to operate the greenhouse in combination with AI-driven technology is key.”