Just like many growers, the teams of Oppotbedrijf.nl were mid-season this summer. The season for filling trays, to be precise. This occurs every year in the period of June and July. It had already been a busy season that started early, as the team working at Jansborg Aardbeien en Kersen in the Dutch town of Leende told us during their coffee break. “We have been busy with potting work since mid-February. We have never started the season this early on.” 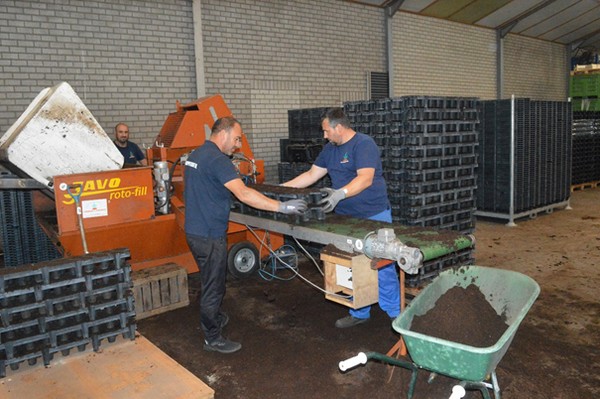 Three men of Oppotbedrijf.nl helped Jansborg Strawberries and Cherries in week 27 to get full trays.

Familiar faces
On Friday the 9th of July, just like the previous Thursday, they started work early in the morning and slept in a hotel nearby. In two days, they expertly fill about 11.500 trays with a mix of turf and coconut with the help of potting machines. 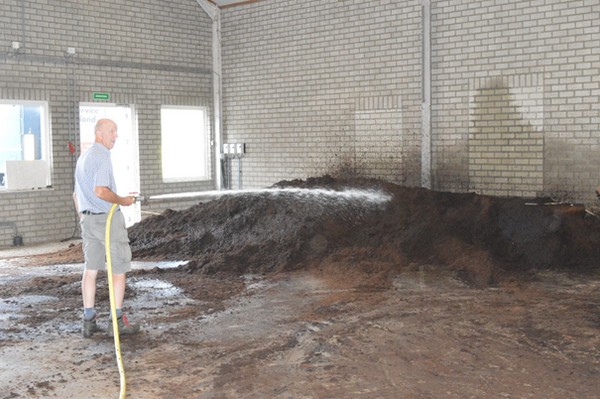 Growers Jan and Thijs Bertens are happy with the results and help where they can. Jan: “These guys have been coming here every year for the past ten years to help us. Which is always great and fun.” 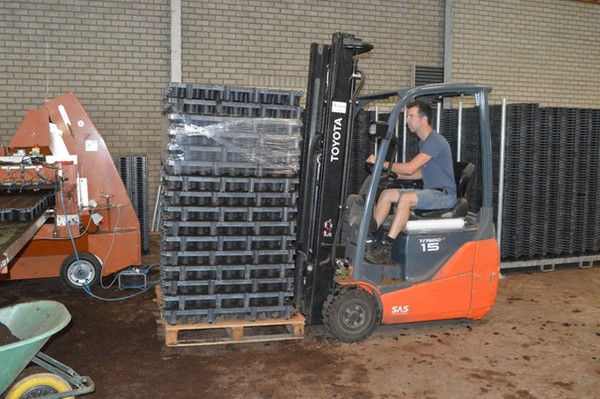 Well pressed
Thijs, who just walked in, confirms this. Jan’s son started working in the family-run business last year and also points out how the trays are being filled. “With the machine and the experience of the guys, we end up with neatly filled and pressed trays. Without the machine, this would not be possible.” 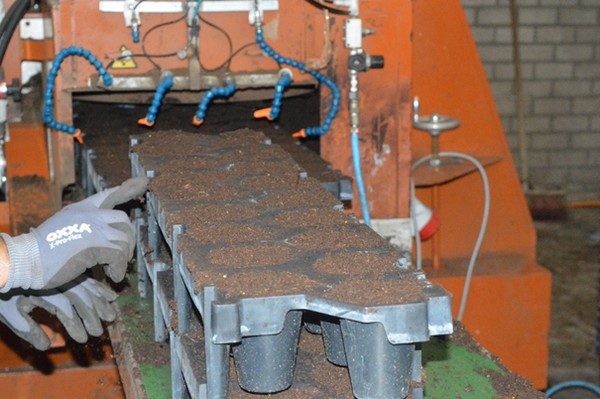 So, how about with the machine but without Oppotbedrijf.nl? Jan shakes his head, no. “Renting the machine alone won’t do much good, I don't think. I heard stories of growers who did not have enough workforce available to have the machines running at optimum speed. Because of that, it’s nice to get workers who know how to use the machine as well. No need to worry about it.” 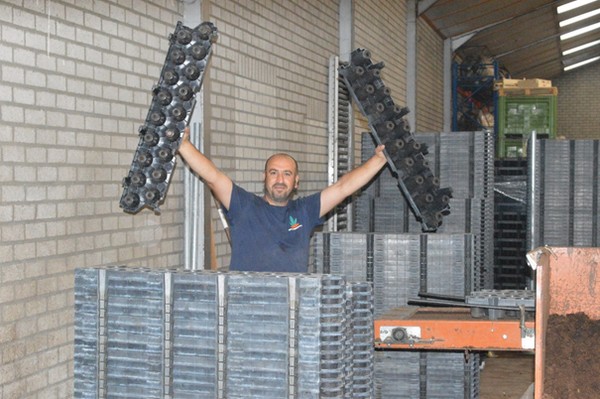 There are good vibes all round while filling the trays.

Own sale
And that last bit is significant, especially in summer when it is busy at the cultivation company. Jan and Thijs have 0.5 hectares of greenhouses in the Dutch town of Leende and 2.5 hectares of racks for strawberry and cherry cultivation. There are also a few plums and raspberries. 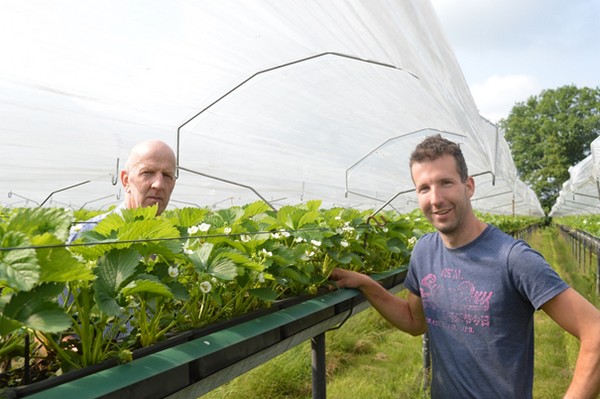 Jan and Thijs between the racks

Part of the strawberries goes to auction, and the major part is sold locally. This Friday morning as well, Thijs gets in his delivery van to deliver strawberries. Last season, the van was equipped with a cooling system which works great.

Besides three hectares of strawberries, Jansborg Strawberries and Cherries also have half a hectare of cherries.

New variety
In week 28, the trays are placed on the tray field, and in week 29, they will sprout. The varieties used this year are Elsanta and Sonsation. The latter one was used for the first time. Jan: “We tested this variety for the first time in the greenhouse this spring, and it went well.” 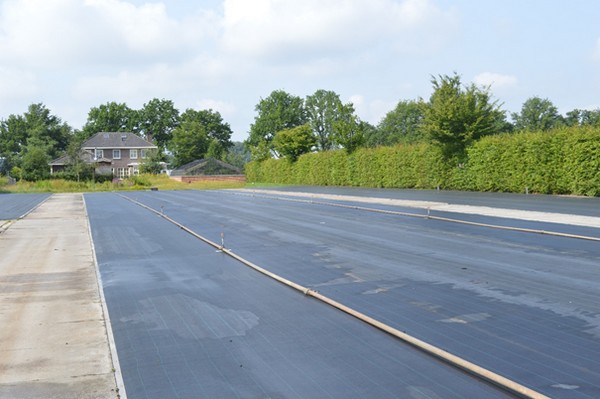 On this still empty tray field, the trays filled with the cuttings from plant nursery Van den Elzen will be placed.

However, the cold spring and extreme weather did not help. Jan: “With snow on the roof of our unheated greenhouse, we felt the tension rise. Not only in February but also in April, we had snow. This means we missed Mother’s Day this year with our strawberry sales. Last year this was a great time for our sales. Which is a shame, but with some delays due to nature, we are back to full production now.”

A view in the greenhouse, in full production, earlier this season.