"Absolute efficacy against the tomato pin worm in its first phase"

In its first marketing phase, Biocaptur S50 has demonstrated a remarkable capacity to control the tomato pinworm and effectiveness levels that significantly exceed the most commonly used methods, devices, and products. 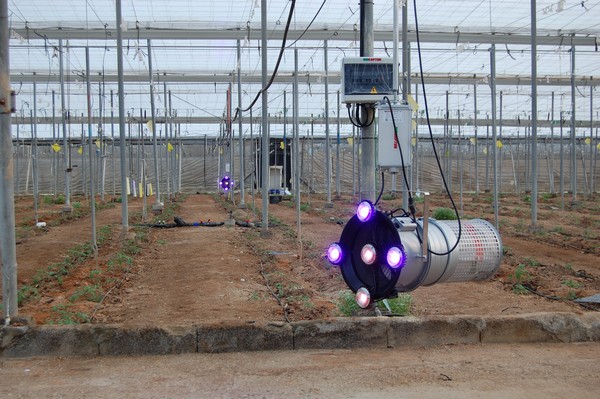 Biocaptur S50 at work at the beginning of the growing cycle, after it was installed before transplanting.

The producers who have incorporated this device, based on LED technology, into their farms have confirmed excellent results that ATG Ingenieria obtained throughout the meticulous tests it carried out prior to its commercial launch at the beginning of this year. Biocaptur S50 also offers an interesting option at this time of year, as it also has the capacity to prevent plagues during periods of inactivity between growing cycles.

Biocaptur S50 is already being used in greenhouses in the province of Almeria and it has been incorporated by tomato specialists from the province of Murcia and other agricultural areas of Spain. In addition, it has just been exported for the first time to South America, as some of its agricultural regions are considerably threatened by the tomato pinworm. 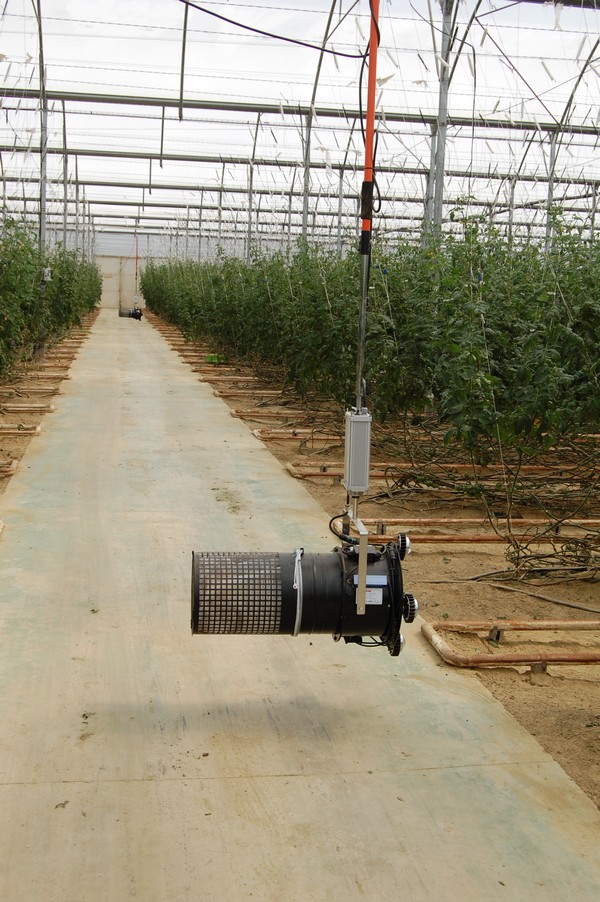 Biocaptur S50 has been especially valued by producers who grow tomatoes for the market's most valued segments.

Biocaptur S50 can be incorporated into organic production models because it doesn't make use of any substance or practice that is incompatible with this cultivation method.

It's also worth noting that the operation of Biocaptur S50 does not affect any animal used in biological control or bio-pollinators, as it acts in the hours in which bumblebees are inside their hives.

In the trials and in this first phase of commercialization, Biocaptur S50 has also captured other Lepidopterans. (Spodoptera exigua, Helicoverpa armigera, etc.)

Protocols
The incorporation of Biocaptur S50 into a greenhouse is guided by two different protocols. The first of them, which is developed throughout the entire growing cycle, consists of its automatic entry into operation from dusk to dawn, with programmable options regarding the frequency of rotation of the equipment.

The other protocol is indicated and tested for application at the end of the growing cycle. In this case, Biocaptur S50 is used during the daytime, taking advantage of the fact that the greenhouse is not active. It carries out a very important preventive task by influencing the remains of the crop that could attract or conserve a population of tomato pinworms, capable of generating a strong colony that would be there at the beginning of the next crop cycle.