Having a greenhouse made of glass has many benefits in terms as it allows plants to grow in the sunlight while protecting them against cold and allowing for a beneficial indoor climate. However, one of the downsides of using glass is that it doesn’t offer much insulation. Imagine how much benefit could be had from greenhouses offering more heat insulation in a cold climate. That is why the Crop Health & Protection (CHAP) organized a webinar introducing the ENvirop Insulation System Project, a research project that aims to solve just this problem. “Houses are expected to be insulated to keep the warmth in and the cold out, so why can’t this be done with greenhouses too?” says Assim Ishaque, energy consultant, the main speaker of the event.

The event was hosted by Lucy Plowman, research assistant with Chap. “This system is aimed to unlock more domestic food production, by reducing energy costs and therefore increasing sustainability too,” she explains.

The project was lead by Envirup, a cleantech advising company in the UK. As a feasibility project, it aimed to model the Envirup Insulation System (EIS) performance with different crops at different locations, showing how optimal greenhouse conditions could be maintained for longer with a lower heat loss. It was supported by, amongst others, CHAP and Cambridge HOK, taking a grower’s perspective on the question of how to reduce energy costs of a greenhouse in a colder climate. 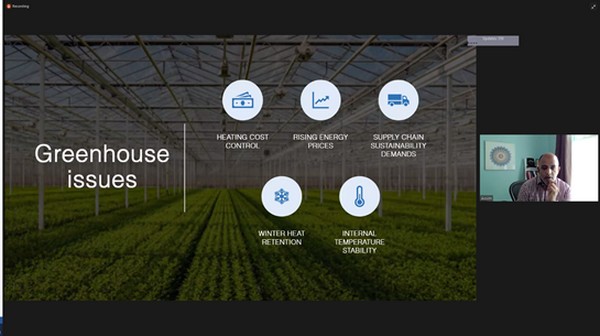 Pannel system
After a short introduction and poll, Assim Ishaque, one of the project leaders, explained more about the system. It consists of a panel and cap design that can be built on each other.

Apart from high-energy costs, Assim mentioned the consumer demand for sustainability and the growing public awareness of food origins as a reason to insulate greenhouses. After all, people want local production and lower food miles, and governments often want growers to pay levies on their energy consumption. So there is a double benefit in reducing energy costs. “Agriculture is an interesting industry for insulation, as innovation will quickly pay for itself. So we decided to build greenhouse walls out of polycarbonate. After testing the panels, we found a total optical transmittance of 80.28%, so not much outside light would be lost.”

Another benefit of the panel structure is that it is much easier and less risky to install, which reduces the need for labor. “It’s a two persons' work to put the two-meter long panels together, and the glass structure is made redundant this way, and nobody will be able to break into the greenhouse this way” Assim explains. And with the global commodities shortages, it is only a benefit that much less steel is needed for the structure, as the panels support themselves. “Building a greenhouse this way saves a grower at least 10 days of building, so this time can be spent for growing.”

Smaller local production
One of the audience members asked if the fact that only the walls can be insulated this way is actually a disadvantage for larger greenhouses, as the heat loss is relatively larger via the ceiling in larger greenhouses.

“The smaller the greenhouse, the smaller the heat loss because the walls retain relatively much heat. Our starting point is therefore the smaller greenhouse, although we will not stop here,” Assim explains. “Having this system will allow growers to grow year-round, also in winter in a colder climate, without losing the cost-effectiveness of their operation. 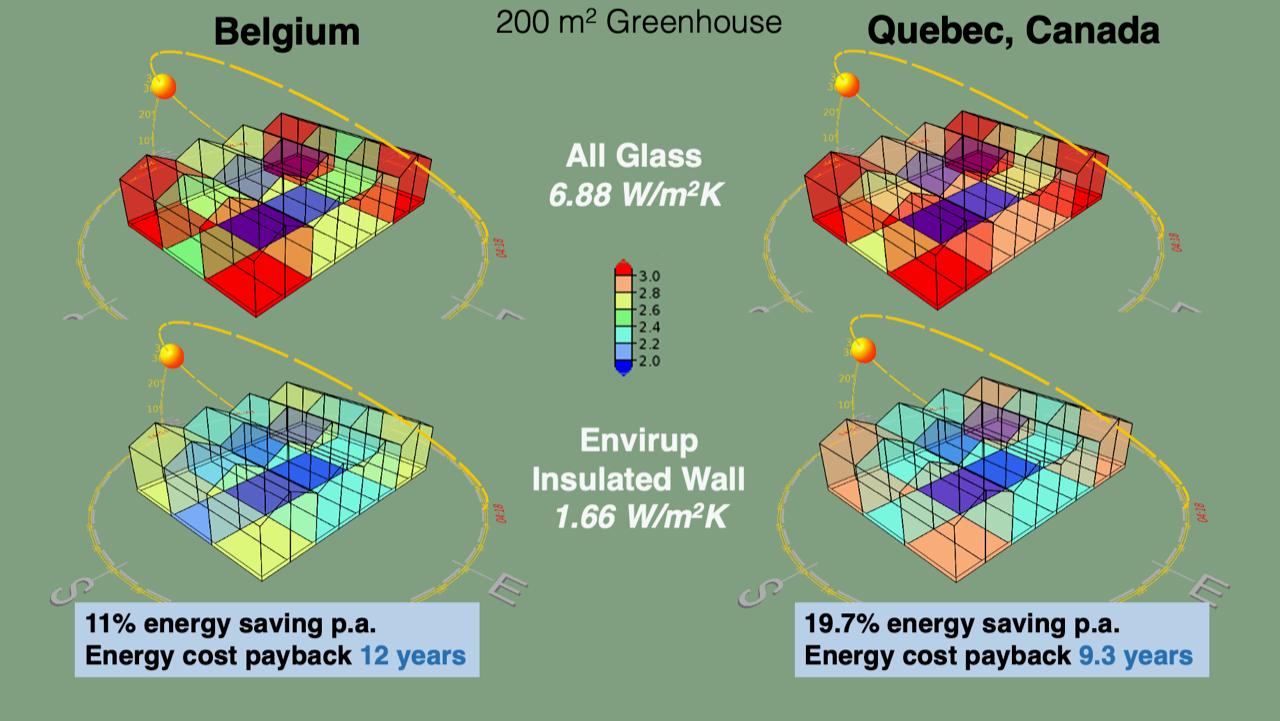 “However, this also serves to diversify the greenhouse market locally. What we’re moving towards is local, sustainable production. So several smaller greenhouses that grow a variety of produce, rather than one huge greenhouse that grows a massive yield for export. This system supports the local model, boosting the home-produced market.”