French supermarket chains have agreed to remove all PVC and polystyrene as of January 2022, and in South Africa, Woolworths has committed itself to removing PVC from its stores.

As the world turns away from non-recyclable PVC cling film, a South African company has developed Superthene, a cling film that stretches more than PVC, requires less plastic during manufacture (because it is 40% less dense) and consequently has a carbon footprint that is far lighter than PVC. 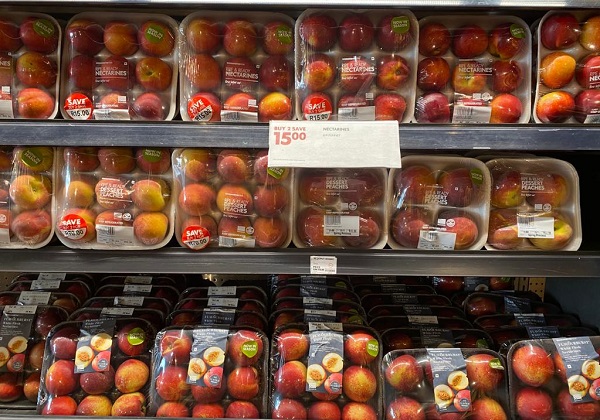 Sanwyn Enterprises developed its first polyethylene cling wrap in 1987, eventually owning 60% of retail domestic home use (DOB) market share. Through continued development, they have found a solution to the traditional drawbacks of polyethylene cling film: they are hazy, prone to fogging, not as clingy as PVC and often incompatible with wrapping machines.

“Superthene was launched in 2004 to tackle these new market opportunities,” explains Roy Keytel, Director at Superthene. “The film has a totally different make up and properties to the cling film sold for domestic home use. The PVC producers and their representative bodies keep telling the markets that PE will never work fully in their traditional markets. We beg to differ and have proven them wrong.”

He continues: “We are now gaining traction in our target markets due to the global environmental pacts the various retail multiples are signing onto. These are all propagating a closed loop system for packaging where everything must be 100% recyclable.” 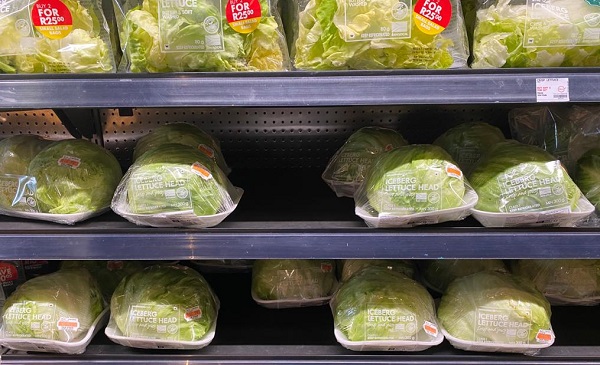 Superthene is manufactured at a British Retail Consortium-accredited facility in Cape Town from 100% virgin Polyethylene polymer and is 100% recyclable in all current PE recycling streams whereas, he says, not 1kg of PVC cling film is currently recycled anywhere in the world because of the high concentration of plastizer, of which Superthene has none.

Greater puncture resistance & strength
“Polyethylene, by nature of the polymer, has a far greater tensile strength than that of PVC,” he explains. “It therefore has greater strength and puncture resistance, allowing for the use of smaller sized rolls and lower gauges, making it more economical.”

Its unique barrier properties prolong the color change in meat and poultry, he says, keeping it fresher for longer in display fridges. 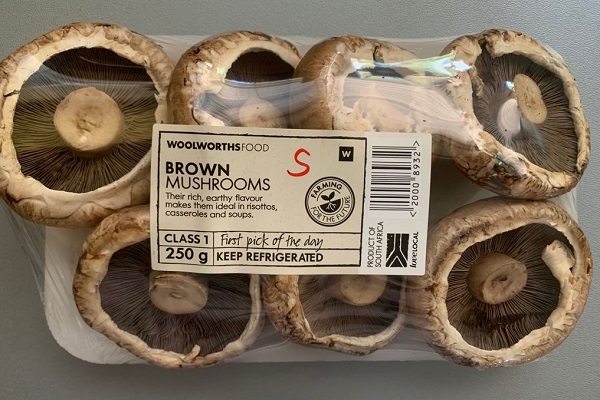 For Superthene’s applications in the fresh produce industry, a micro perforating system was developed to help with water vapor properties, called Superthene Air.

This film is hot needle perforated, and used by South African producers of fresh fruit and produce, some of which is used for export as it is so breathable.

“We’re converting fresh produce and meat packers at pace”
In South Africa, Superthene has been used by ShopriteCheckers for the past eight years in most of their in-store service departments.

The company is also working hard to realize Woolworth’s deadline of PVC-free stores by next year.

“We have been busy with their fresh fruit and produce packers and have converted many of them and are continuing to do so at pace.”

To date, Superthene has converted their two biggest poultry suppliers and is busy with the balance of said suppliers. “We are rolling out their main red meat packers as I write this,” This is after exhaustive shelf life and travel trials, Roy adds. 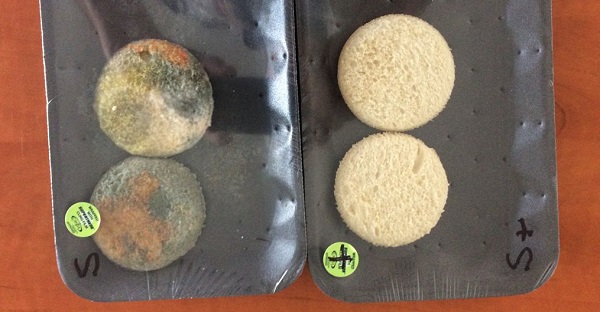 Bread rolls on left wrapped with normal Superthene after 30 days at room temperature, on right under Superthene Plus, their antimicrobial film

“We are definitely experiencing better shelf-life properties over PVC and the quality of product at the end of the required shelf is proving to be fresher.”

French interest in Superthene
From a frozen point of view, he says, Superthene outperforms PVC. “Polyethylene has a glass transition temperature of approximately -120°C vs PVC of approximately -20 °C. This means that lower micron Superthene films can be used with confidence that there will be no cracking of the film and no resultant freezer burn occurring.”

The South African technology has been noticed further afield.

“We have very recently been approached by a large packaging supplier in France, who is currently involved in trials with Superthene. This is a very exciting opportunity for Superthene."