It’s all about flavor: growing great-tasting tomatoes with LED lighting

Taste matters when growing tomatoes. Research shows that tomatoes grown under LED grow lights have great taste. Due to the higher light intensities possible with LEDs, the conditions are set to further increase the taste. Over the years, we have noticed that consumers, and therefore retailers and growers as well, find flavor increasingly important. The choice of cultivar plays an essential role, of course, but so do the growth conditions which influence the taste. Therefore, plant specialist Charlotte Pijnenburg has done research into the effect of LED lighting on the flavor of the fruits. She investigated two hypotheses: first, are tomatoes grown under LED as tasteful as those grown under HPS; and second, can LED light help to increase the taste?

Finding the right spectrum
There are several spectra that could have a beneficial effect on the flavor of tomatoes. Blue light, for example, is known to have an interesting effect. In several crops, it is shown that increased levels of blue light positively influence taste and smell. Another interesting light spectrum is far-red, of which it is also known that it can improve the taste of the fruits. However, far-red can cause undesired effects, like increased stem length. We also know that blue light can do the opposite and decrease the stem length. By combining blue and far-red, we might get the best of both worlds: increased taste without additional stretching.

For this first trial, we looked at four different spectra:

1. The control spectrum: our standard red, blue, light blue spectrum, which is optimized for tomatoes.

2. The control spectrum plus additional far-red.

3. A high blue spectrum, where part of the red light is replaced by blue.

4. A high blue plus far-red spectrum, where we have both the extra blue and the extra far-red added.

As for the trial setup, we looked at two cultivars: Piccolo and De Ruiter cultivar 564. These are both cherry tomatoes, they are both comfortable in the same climate, of a similar size, and they are also both known for their good taste. Yet genetically they differ greatly. 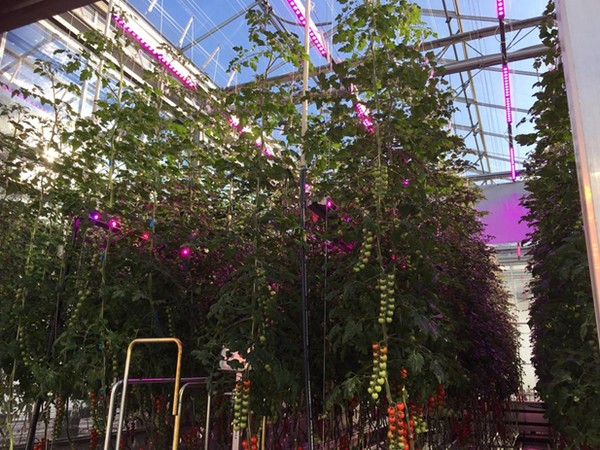 A glimpse of the taste trial at the WUR in Bleiswijk

The taste of the tomatoes was measured in two ways. First, we used taste panels. This was done a total of four times. Second, we used a tomato flavor model. This model was created by the WUR and focuses on the following parameters: sugars, acids, bite, juiciness, and weight of the tomatoes. These parameters are measured using sensors, so nothing is actually tasted. The benefit of this model is that it makes the measurements very comparable; the judgment of a taste panel can differ from day to day, but the model is very consistent.

Both cultivars reacted to the spectra in similar ways, so we will focus only on Piccolo. Let us first look at the results from the WUR tomato flavor model. The scale for this model runs from 0 to 100; the higher the score, the better the taste. Graph 1 shows that all four spectra actually gave statistically comparable results, meaning that the three experimental spectra did not differ from the control spectrum; all four treatments resulted in tomatoes with a very good taste. The first test with the taste panel also confirmed this: no significant taste differences were found between the treatments. 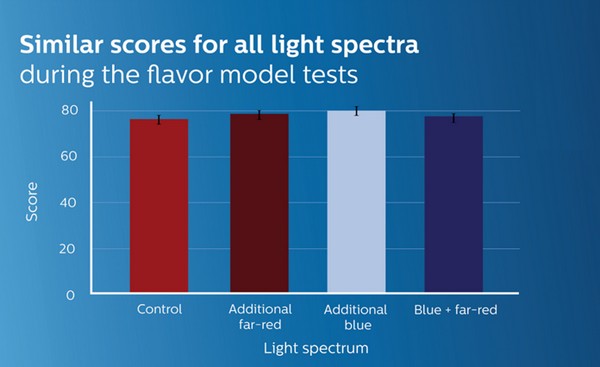 Comparing to commercial standards
Overall, the taste of the tomatoes was very good. This made us curious to see how our trial tomatoes would compare to commercially grown tomatoes. Therefore, three more taste panel tests were performed, comparing our trial tomatoes (grown under full LED) to two groups of commercially grown Piccolo tomatoes (grown with HPS lighting). Again, the scale runs from 0 to 100; the higher the score, the better the taste. The results are shown in graph 2 below. 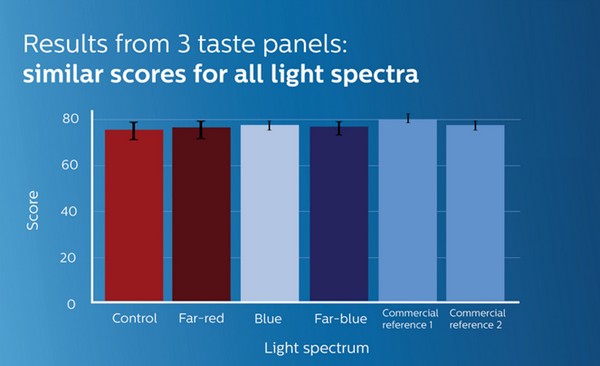 Graph 2. The results from the three taste panel tests show that the taste is similar between the trial and commercially grown tomatoes.

To further interpret the results from this graph properly, we need to keep our trial set-up in mind: we used one greenhouse compartment with two cultivars and four different light spectra. This means that, in order to ensure that all plants could survive and thrive, the climate had to be focused on the combination of the light spectrum and the cultivar which was growing most generatively. That means that the climate was in fact a little too vegetative for the other 7 treatments. In our trial, the De Ruiter cultivar 564 was more generative than the Piccolo. This meant that the Piccolo plants were constantly grown at somewhat more vegetative conditions than ideal. Since growing generatively (“growing on the edge”) is a big factor in creating taste, we think that the taste potential of the Piccolo tomatoes with our full LED lighting was, therefore, higher than what we see in graph 2.

So, to recap the conclusions from this spectrum trial: the taste was good, and none of the experimental spectra gave better taste than the control spectrum - being our normal tomato light recipe of red, blue, light blue. We also found that the taste of the trial tomatoes was comparable to tomatoes grown at a commercial grower with high focus on taste. And we believe that the actual taste potential was even higher.

HPS versus LED for taste
Our research has also looked further into the comparison of HPS versus LED when it comes to taste. In this trial, which was conducted at the Proefstation voor de Groenteteelt in Belgium, a treatment with full HPS lighting was compared to treatment with full LED lighting. The cultivar used was Xandor, which is not specifically known for its taste. You can see the results from this trial in graph 3 below. 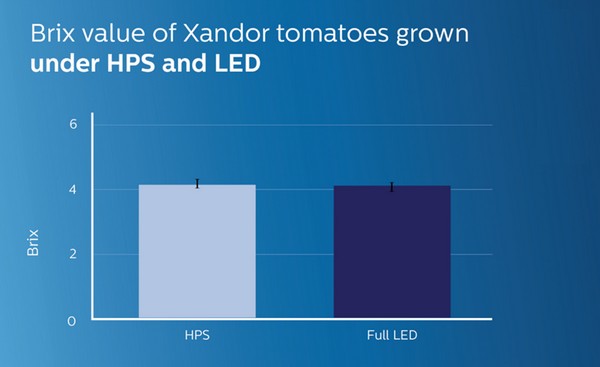 Graph 3. The brix value of the LED treatment is comparable to that of the HPS treatment.

From these results, it is clear that both treatments (HPS and LED) produced tomatoes with similar brix values, meaning that the sugar value per tomato is the same. When looking at production during this trial, the LED lighting actually gave 5% more production compared to the HPS.

In a second trial, which was executed at a commercial grower, we compared a hybrid lighting system with a full LED system. The hybrid system consisted of 90 µmol/m2/s HPS and 90 µmol/m2/s LED, and the full LED system had 180 µmol/m2/s. The cherry-type tomatoes were grown in the same greenhouse compartment, with the same climate. Graph 4 shows that the brix degree was again comparable for both treatments. 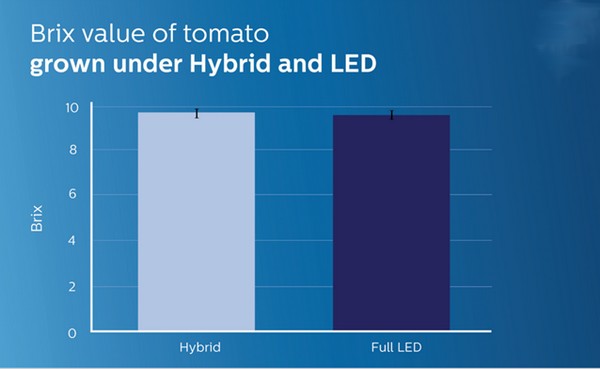 Graph 4. The brix degree of the trial tomatoes is comparable for both hybrid and full LED lighting solutions.

These two trials show that a lighting solution with full LED gives as much taste to the tomatoes as a lighting system with HPS, even in the same climate.

Adjusting growth factors for taste
The trials discussed above have shown us that LED is at least as suitable for creating taste as HPS lighting is. And while lighting might not be the single most important factor in creating taste, a higher light intensity does offer the plant more assimilates, setting the conditions to further improve the taste. Due to low heat generation, LED enables more lighting hours and higher light intensities. Therefore, LED does indeed create more taste possibilities than HPS lighting. Combined with the fact that LED lighting also helps achieve a higher yield, the opportunities for LED grow lights in the production of tomatoes are impressive.

To summarize all the information shared above, the Philips GreenPower LED grow lights with the light spectrum optimized for tomatoes, together with an optimal climate in the greenhouse, will give great-tasting tomatoes.