Finland, as the driving force behind the International Year of Plant Health 2020, has also been crucially involved in the production of one of its key legacy accomplishments – the development of a scientific review study “Climate-change impacts on plant pests: a global challenge to prevent and mitigate plant-pest risks in agriculture, forestry and ecosystems”.

The publication of this study was launched in Rome on June 1st by the Director-General of FAO, Mr. Qu Dongy, with the participation of the Permanent Secretary of the Ministry of Agriculture and Forestry of Finland, Ms. Jaana Husu-Kallio. The launch event was live-streamed by FAO and the International Plant Protection Convention (IPPC). 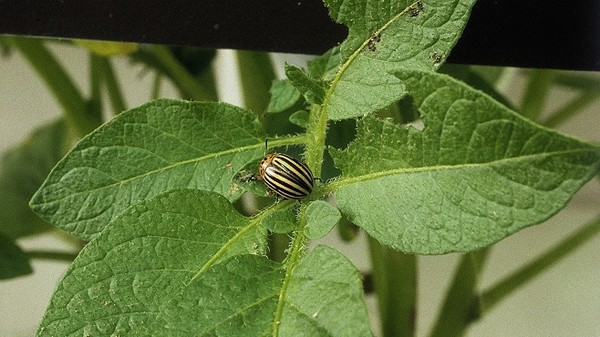 The scientific review study, which was originally suggested and supported by Finland, was prepared by Prof Maria Lodovica Gullani from the University of Turin and ten internationally recognized scientists. The study aims to deepen the understanding of the impacts of climate change on the infectivity, distribution and severity of plant pests and diseases and tries to trigger international collaborative action to mitigate increased risks.

In her speech at the launch event, Ms. Husu-Kallio focused in particular on the impacts of climate change and plant health on food security and consequently peace. She noted that food is a universal human right while emphasizing the role of food security as a determinant of peace. “The absence of food security may ultimately result in the deterioration of global security, eventually corroding peace on all levels – nationally, regionally and globally. Climate change and plant health are two of the main threats to a food-secure world, and both are standing at the center of our efforts to establish sustainable food systems around the world” Ms. Husu-Kallio concluded.

For more information:
Ministry of Agriculture and Forestry of Finland