A group of faculty, staff, and alumni from UC Santa Cruz are drawing upon and strengthening their cultural heritage and connection to Asian foodways to cultivate traditional vegetables, build community, and promote agroecological and socioecological diversity and representation.

Scott Chang-Fleeman first started growing organic choy sum, a leafy vegetable common in Chinese cuisine, while he was a second-year apprentice at the Center for Agroecology and Sustainable Food Systems (CASFS) in 2018. Chang-Fleeman is a third-generation bi-racial Chinese American who didn’t grow up with a strong connection to Chinese culture. This project was, in part, a journey of self-discovery for him.

“All of my farm and garden education up to that point had been more Eurocentric, so I wanted to be able to take the same skills and resources and apply it to Asian vegetables,” he said. “It kind of tied in with me wanting to explore my own identity more. And the Asian vegetables I’m used to, you rarely find certified organic. They’re pretty much always conventional and really cheap, grown with a lot of pesticides.”

Organic methods
Chang-Fleeman wanted to offer different options through organic methods. So he sourced choy sum seeds, got the plants started in the CASFS greenhouse, then transferred the seedlings into the fields at the UCSC Farm. The crop thrived. One day, Darryl Wong, UCSC’s farm site and research lands manager, asked Chang-Fleeman what he intended to do with his vegetables.

The two were out walking through the fields at the time, and Chang-Fleeman jokingly replied that he’d like to sell vegetables to Brandon Jew, the chef and owner of famed San Francisco-based Chinese American restaurant Mister Jiu’s. As it happened, Wong knew Brandon Jew well, so he gave him a call. Jew agreed to connect with Chang-Fleeman to offer feedback on his vegetables, and an important partnership grew from there, Wong says.

“It was really neat to see the synchronous vision that both Brandon and Scott had of trying to bring back this embracing of Chinese culture through food,” Wong said. “On Scott’s side, he was really trying to highlight these crops to bring attention to how exciting new varietals of Asian vegetables can be, and Brandon expressed a similar desire to really embrace Chinatown and Chinese culture for all that it is and showcase it. As a second-generation Chinese American myself, that’s exciting to me.” 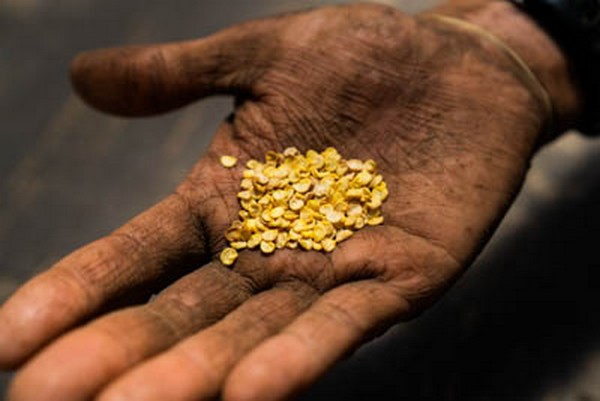 Business opportunity
The partnership with Mister Jiu’s grew into a business opportunity when Chang-Fleeman founded Shao Shan Farm in Marin County after completing his apprenticeship program. The farm now sells produce to restaurants and directly to consumers through a CSA program that is largely supported by Asian American customers. Chang-Fleeman also attends farmers markets in predominantly Asian American neighborhoods throughout the Bay Area and says he enjoys working directly with the community to grow the types of produce that people want to eat.

“This all started with me building deeper relations and reconnection to my Chinese American heritage and identity, but now I feel that the purpose of the farm is more to be able to hold space and hold a resource for the community,” he said. “I’m just lucky enough to be able to go along for the ride and get to explore my own identity through this avenue.”

Chang-Fleeman said he also feels a strong calling as an Asian American voice in sustainability and environmentalism. He previously completed his undergraduate degree in environmental studies at UC Santa Cruz and was mentored by Professor Flora Lu, who impressed on him the critical need for representation of diverse Asian American identities within the field.

“We have a long way to go to visualize the environmental efforts of BIPOC,” said Lu, a Chinese American immigrant and the provost of Colleges Nine and Ten. “That of course includes Asian Americans and Pacific Islanders, who represent a significant and increasing segment of our campus community.” 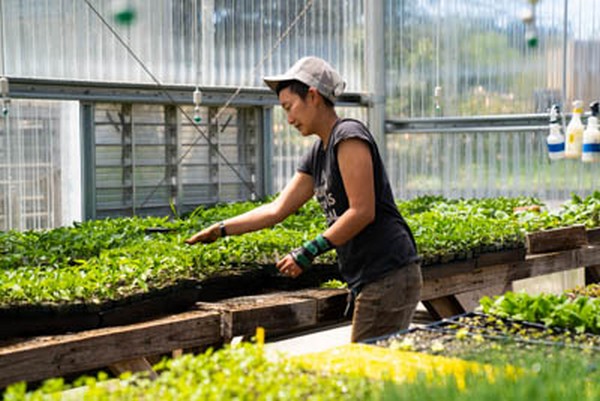 Representation
For Chang-Fleeman, farming was a way to live out his commitment to representation. He’s now part of Second Generation Seeds, a collaborative of Asian American growers across the West Coast who are preserving and improving important heirloom vegetable varieties. Kellee Matsushita-Tseng, assistant manager of the UCSC farm garden, is also a member of this network and is currently breeding new varieties of celtuce and growing chili peppers from a seed bank on behalf of the project.

“We are focusing on the preservation of both the genetics of these plants and the knowledge and cultural legacies that come with them,” Matsushita-Tseng said. “And we focus on reclaiming the ability to define the story of Asian vegetables within the community, as opposed to having it co-opted or marketed by white growers or white audiences.”

Matsushita-Tseng says there’s been a lot of “trending” lately around fruits and vegetables that are common in a wide variety of Asian cuisines. These foods are increasingly being appropriated by white-owned agricultural companies and marketed as “exotic” or “superfoods,” which continues the industry’s long history of exploiting Asian Americans.

Underrepresentation
Immigrants from China, Japan, the Philippines, and beyond played a crucial role in building the U.S. agricultural sector, but racist policies and violence historically excluded them from the industry’s wealth. Today, Asian Americans make up less than 1 percent of the nation’s farmers. That’s why groups like Second Generation Seeds and the Asian American Farmers Alliance are working to support Asian American farmers in providing culturally relevant foods for their communities.

On campus, Anthropology Professor Nancy N. Chen—who studies the intersection of food, medicine, and culture—is also working with Matsushita-Tseng to develop a garden with traditional Chinese medicinal herbs. These efforts, in combination with a planned partnership between Matsushita-Tseng and the Basic Needs program in the fall, are important for building belonging and supporting student health, Chen says.

“Every culture has its comfort foods, and fresh produce is something that is very specific to Asian cuisines,” she said. “So the opportunity to be able to have fresh and local vegetables that are unique to Asian foodways, that's a form of healing.”

Heritage
Healing through food can also include reclaiming lost connection to heritage. “Lost food memories can be regrown similar to how you can actively make memories and grow food,” she said. “With the opportunity to save and recover heritage seeds or grow specific crops that are unique to a cultural foodway, the act of planting and cultivating that in a new landscape is a grounding experience.”

In many ways, the genetics of heirloom Asian vegetables encode a cultural history passed down over generations. Each seed has a story to tell. And for today’s generation of Asian American farmers, sowing these seeds is a powerful act of remembrance.

“I feel like our seeds and our plants are as much our ancestors as our aunts and uncles,” Matsushita-Tseng said. “These plants carry with them memories of what our ancestors have experienced, from the taste preferences of their community, their stories, and the landscape and climate patterns. At its root, our work to preserve culture and community is one of the strongest acts of resistance against white supremacy. The work we're doing is about honoring and uplifting our community's legacy, as well as exploring what that means for folks of the Asian diaspora.”