Robot helps growers think from a customer's point of view

A tour of the crop to see how things are going. It is part of the deal for tomato growers, but if Andreas Hofland has anything to do with it, a tour like this will be a relaxing walk from now on.

With HortiKey he has developed the Plantalyzer, a robot that 'sees' how the tomatoes in the greenhouse are doing. A lot has already been said and written about it, but it is a good time to take stock. 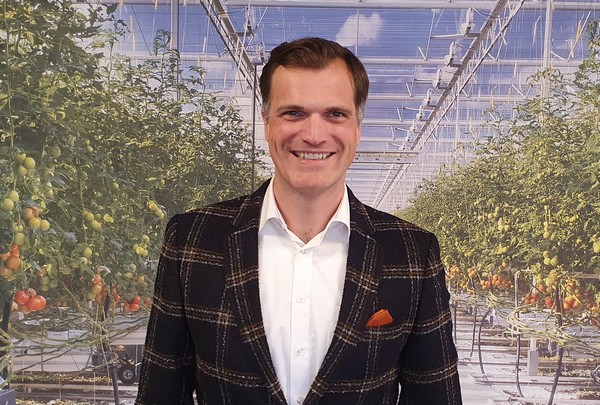 Further improvements
Andreas says that the system itself is ready. Only some final improvements were needed. For example, practical tests have shown that the Plantalyzer leads to a halving of the margin of error in the harvest forecast compared to the usual method. “What we mainly saw was that the fluctuations, the peaks and troughs in production, are very well recorded and predicted by the system.”

The video below gives an impression of how the Plantalyzer works.

Measuring is knowing
To achieve that accuracy in the harvest forecast, at HortiKey they determined which paths you should measure exactly in order to get a good picture of what is happening in the greenhouse - you don't have to measure the entire greenhouse. “We researched this together with LetsGrow.com, and we found that a distributed measurement pattern, so every 30 paths, works best. With a company of 5 to 6 hectares, you end up with 10 to 12 measuring paths.”

In addition, 'stepped' measurements are also taken. So at one path you start at row 1, and at one at the other side of the path you start measuring at row 15. “We do see big differences in the counts there. That is why it is so important to measure in multiple paths. And because we also measure on a daily basis, we constantly collect new information: we also see, for example, the speed of colouring.” This is in contrast to the manual counts, which usually take place once or twice a week.

So far, the assessment with colour is also done with the naked eye, which means that the assessment is not as accurate as the Plantalyzer can make it be. “We measure per pad every five meters in the 12 colour scales. This gives you a very refined picture of what is going on in the greenhouse. ”

Night work
In addition, a number of improvements have been made to the Plantalyzer, Andreas explains. For example, autonomous driving has been taken to a higher level, where turning and positioning is more accurate.

This autonomy goes far: the Plantalyzer does its job alone. “And it only does that at night, so as not to disturb the people who are working in the greenhouse during the day. In addition, the Plantalyzer can also work undisturbed at night to collect the data as accurately as possible."

Another advantage: you are not bothered by daylight at night. This can lead to saturated light on the fruit, which makes it more difficult to determine the colour. "With our own LED flashes we create an even light image for accurate measurements."

Breakthrough
With all the finishing touches over the past year, the Plantalyzer is now really ready to break through. “We've finished everything. LetsGrow.com has developed a specific forecasting model for the Plantalyzer. That was the last step, and we used the past year to test that. ”

The forecasting robot is therefore ready to go, and a second model was recently installed at a grower. "We are also in full discussion with a number of growers who would also like to get started."

Doubling profit
All great work, those technical improvements, but what is ultimately the most important for a grower: what is the bottom line? Andreas: “On the one hand, it makes a difference in your work, you can plan better. On the other hand, you also limit the amount of waste. Because you plan better, the danger of overproduction and therefore the waste of product is much smaller. Moreover, you can also plan a lot more accurately in sorting and packaging. ”

But according to Andreas, the biggest gain is in the improvement of the turnover. “Because you can make your margins smaller, you can pre-define a larger volume in your contracts, at a favourable price. That is a very sensitive variable in the management of a tomato grower.”

When all costs have been made, energy, plant material and so on, the only question is what you will get for your product. “If you then get five percent more for your tomatoes, that will be reflected directly in your result. You can double your profit. "

For growers who are used to thinking in terms of cost price, this may take some getting used to, but Andreas also sees that more and more growers are looking to the customer side and thinking in terms of turnover. The Plantalyzer can deliver benefits in both models, but companies that think from the customer's point of view will be able to fit in this 'puzzle piece' even faster, Andreas expects.