Syngenta expands arsenal in the global battle against a tomato virus

The virus, which first emerged in Israel in 2014, has spread to fields and greenhouses across the Middle East, Europe, Mexico, North America and other parts of the world. It damages the quality and yield of tomato crops and has forced the temporary shutdown of some major greenhouse operations.

Syngenta’s new Barosor, which will be available this summer in time for fall planting, gives growers another way to ward off the persistent virus, alongside the company’s ToBRFV-resistant beefsteak variety called Lansor, which was introduced in December. 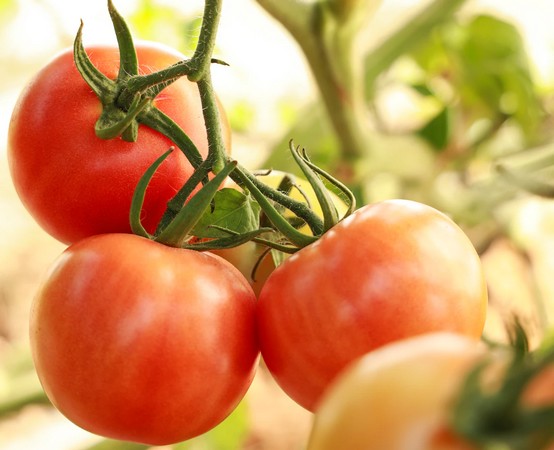 The recently introduced Lansor beefsteak tomato is the first of an expanding line of ToBRFV-resistant varieties developed by Syngenta.

Lansor is already being planted in Middle Eastern and Mediterranean countries where the virus emerged, and it is proving effective. “There’s clear evidence that the resistance works,” says Ruud Kaagman, Syngenta’s global crop unit head for tomatoes.

Amid the widening threat, there is strong demand for the virus-fighting seeds, Kaagman says. “Growers are very eager to change to these resistant varieties.” The two new beefsteak varieties are the first in what is expected to be an expanding line of ToBRFV-resistant tomatoes for Syngenta. “Broad resistance will be built in the portfolio during the next several years,” says Kaagman.

A greenhouse threat
The global tomato growers market is diverse, ranging from smallholder farms in Africa and India to high-tech greenhouses and open-field farming in other regions. ToBRFV poses the greatest threat to greenhouse environments, given the close quarters and hands-on nature of the work.

ToBRFV is a variant of the tobamovirus, which is a common threat to vegetables and other plants, and it is related to the tobacco mosaic virus and the tomato mosaic virus. Similar to other tobamoviruses, ToBRFV is transmitted mainly by people and equipment coming into contact with the plants. However, it can also be spread more openly by the wind or insects and survive in the soil for years.

Telltale signs of ToBRFV are a mosaic pattern on leaves, narrowing of leaves, yellow spots on the fruit, and necrosis on the stem and other parts of the plant. The virus has forced growers to destroy or abandon affected plants and, in extreme cases, entire crops. 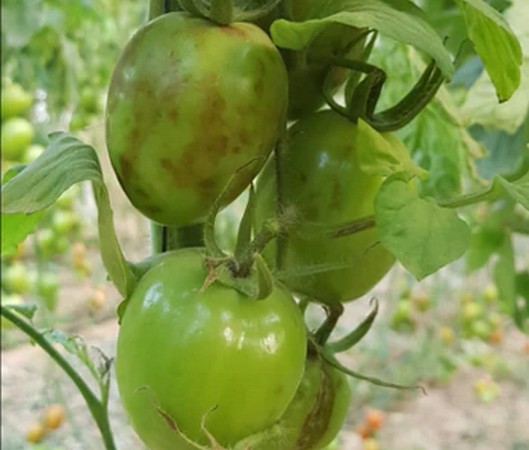 Preventative measures
ToBRFV can also spread to peppers, though that threat is less serious. Many of Syngenta’s pepper varieties already exhibit some level of resistance to the virus.

Difficult to eradicate, ToBRFV has forced greenhouses to implement rigorous operational hygiene to prevent its spread, including quarantining affected plants and sections of the greenhouse. “It starts with one plant, but it transmits very rapidly,” says Kaagman.

Preventative steps that can help minimize the risk of transmission include: Limiting greenhouse access to only essential personnel, wearing protective clothing, footwear and disposable gloves, washing hands and using disinfectant, avoiding wearing jewelry and cleaning glasses upon entering and exiting the growing area, enclosing mobile phones in plastic bags and avoiding calls while in proximity to the plants, and expanding line of resistance.

Syngenta's strategy
Syngenta researchers used molecular markers—samples that reveal the characteristics of a genetic source—to identify resistance traits within the company’s vast library of germplasm. They also investigated the resistance of wild tomatoes. The researchers are now utilizing the molecular markers to develop a broad line of ToBRFV-resistant hybrids.

Data analysis played a vital role in the discovery process. Syngenta researchers analyzed genotypic and phenotypic data drawn from the company’s germplasm to identify the genetic regions involved in the resistance. That led to the development of a set of molecular markers that permits the efficient deployment and use of the resistance genes.

Syngenta researchers have identified three sources of resistance, and they are now using those genes to develop new tomato hybrids and introduce the resistance traits into existing commercial varieties through a process called introgression. This is not biotechnology, but instead a data-science-driven acceleration of conventional crossbreeding techniques.

The first new virus-resistant varieties offer intermediate resistance, meaning the tomatoes may exhibit minor evidence of the virus, but crop yields are not impaired. The longer-term objective is to establish varieties with at least two resistant genes, which would warrant designation as high resistance. Applying different genes and modes of action against the virus leads to “more durable, higher resistance,” explains Kaagman.