“We are striving to start the British season earlier, without using gas fuelled greenhouses”

As one of the biggest soft fruit producers in the United Kingdom, the team at Hall Hunter is always looking for new ways of growing and innovations that grow their market and sustain their business. Heating their tunnels with a river source heat pump matches these goals perfectly.

“This heat exchange has very low impact in terms of carbon footprint and it reduces food miles at the same time,” says Brent Lawson, managing director with Hall Hunter. “By extending our season at the start and at the end, we can produce 800 tonnes of  strawberries at a time which normally have been imported from Spain in the spring and Holland in the autumn.” 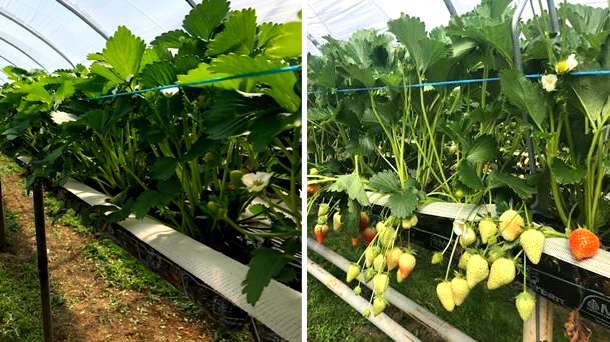 River source heat punt
“You can see it right away which tunnels are heated and which are not,” Brent shows. “We hoped to start the season by April 1st, but eventually harvested our first berries on April 10th. That means that we are 4 to 5 weeks earlier in production compared to our unheated tunnels.”

Since January of this year, 11 of the 80 hectare tunnels of Hall Hunter are being heated by a 8.8MW river source heat pump system, which cascades five high efficiency Hydrocat units. On top of the earlier start of the season, Hall Hunter is also hoping to extend their production at the end of the year. “We hope to have an additional 4 to 6 weeks at the end of the normal tunnel crop.”

“There is strong appetite in the market for British strawberries starting earlier and finishing later every year. What we see is that different retailers follow different strategies: some are offering a lot of Spanish strawberries as these are the cheaper options in the market, whilst others want  to start the British season as early as possible and have 100% British production as soon as possible”, Brent says. “With our new installation, we have an answer to that demand. We can offer a quality alternative to Spanish produce and provide continuity of supply to our major customers."

Growing acreage
They’re not the only soft fruit producers expanding their production. The British acreage of British glasshouse production is on the rise – but contrary to this trend, Hall Hunter sold their greenhouses a couple of years ago. “We put great focus on the sustainability and environmental side of the business. This plant / heat exchange has very low impact on the carbon footprint. The electricity that runs it, comes also from renewable sources,” Brent says.

The system was installed by Ebtech Energy Systems. They have estimated that, over the next 20 years the plant will save 44,000 tonnes of carbon emissions when compared to gas heated greenhouses. 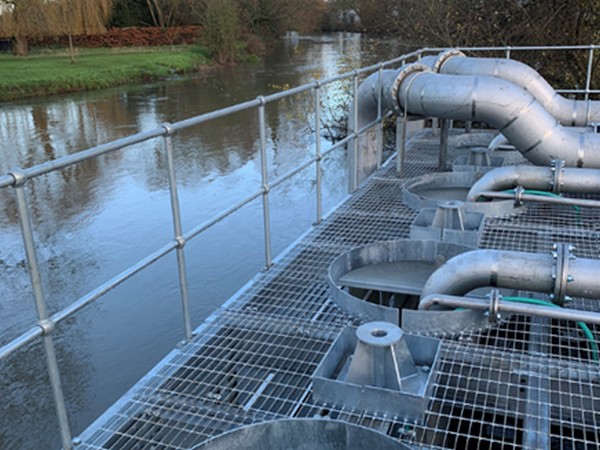 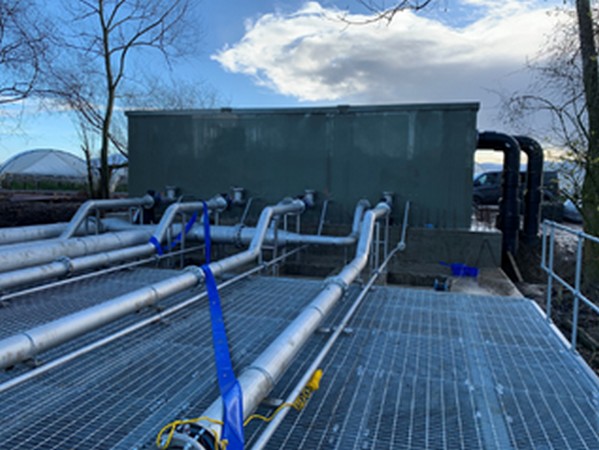 Together with Hall Hunter, they went through a detailed process which began with Carbon Zero assessing the viability of the nearby River Lodden, a tributary of the Thames, as a reliable year-round energy source, which would ensure peak load heating during the coldest winter days.

Once the viability was established, Ebtech produced a detailed design, which was presented to Hall Hunter, who then went through rigorous due diligence with Dutch horticultural consultants, LAT, and UK based Genius Energy Lab to confirm the adherence of the design to industry standards. Work on the heat pump plantroom, 640ls river pump station and 160km of heat distribution pipe began in July and the system was commissioned only five months later in December.

By utilising 3D design technology, Ebtech were able to fabricate 80% of the plantroom infrastructure off-site, therefore significantly reducing the installation time. In the first six weeks the heat pumps provided 5,000MWh, with peak load being maintained despite running through some of the coldest temperatures recorded in the last decade. This was hailed by the customer as a great success.

Hall Hunter plan to extend the current heat exchange and build an additional project on another farm ahead of the 2022 season. “If we get up to 20 hectares of heated tunnels fuelled by renewable energy systems, this will ensure we can significantly reduce both food miles and carbon emissions for British consumers.