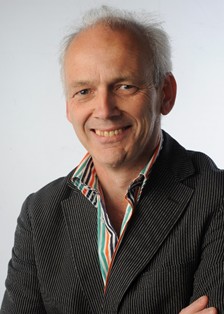 On January 1, 1982, Peter started at Maurice Kassenbouw, at the time still located in the village of Meterik. Maurice had 11 employees at the time.

In 1983 Maurice Kassenbouw became part of the Ammerlaan group, after which Maurice settled in the municipality of Horst in 1988 by building a new company.

The factory where their steel production is produced was automated as much as possible by the technical insights of Peter Malschaert. Since the 1990s, welding robots have been used, which means that the steel structures of the greenhouses are welded fully automatically.

Partly under the leadership of Peter Malschaert, the company has grown to more than 100 employees and 100 hectares of projects are realized every year, with and without energy concepts.

Greenhouse construction professor
Inventions and patents were "his thing". Peter: “The first of these was the ZON greenhouse (turned greenhouse), hereafter the Clim-V greenhouse (Cabriolet greenhouse). The roof of this greenhouse opens completely for maximum ventilation. The follow-up was the Venlow Energy greenhouse, where in 2014 a record saving was tested at WUR at the Innovation and DemoCentrum Energie in Bleiswijk, 70 kg of tomatoes with only 10 m3 of natural gas. The Air and Energy system saved energy and improved the climate."

During his time with the company, Peter Malschaert has led Maurice Kassenbouw in the technical production process and he has also organized all quality certificates such as ISO and VCA.

His colleagues hope that Peter spends the next few years in good health, and thank him for all the years, for his tireless efforts.