This weekend, Egypt, Ethiopia and Sudan will meet this weekend to discuss the Grand Ethiopian Renaissance Dam, which broke ground in 2011. The three countries are in a longstanding dispute over the project.

Foreign ministers from Egypt, Ethiopia and Sudan have agreed to meet in the Democratic Republic of the Congo this Saturday to discuss the Grand Ethiopian Renaissance Dam (GERD), after Egyptian President Abdel Fattah el-Sisi reiterated his country's concerns about the project.

As reported on dw.com, Ethiopia views the Nile dam as necessary to meet its energy needs, while Egypt sees the project as a threat to its water supply further downstream.

The three-day meeting in Kinshasa will be hosted by Congolese President Felix Tshisekedi, who is also the chairman of the African Union. Egypt and Sudan had previously urged the Congolese government to help mediate talks on the dam, as they seek to settle their years-long dispute over the project. 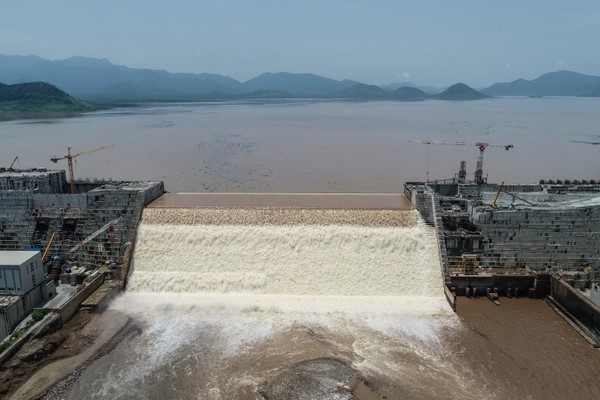 US intervention
Earlier this week, US special envoy for Sudan Donald Booth embarked on a regional tour to revive the Grand Ethiopian Renaissance Dam (GERD) negotiations between Egypt, Sudan and Ethiopia that have been stalled since January. Washington's last mediation efforts failed in 2020.

Booth's efforts may bear fruit. Congolese officials said April 1 that the foreign ministers of Egypt, Sudan and Ethiopia will meet in Kinshasa on Saturday in an effort to launch a fresh round of talks on the 10-year-old dispute.

Abbas Sharaqi, a professor of geology and water resources at Cairo University, told Al-Monitor that Egypt needs the United States to quickly intervene to push forward with the GERD negotiations before the second filling scheduled for July.

However, talks have repeatedly stalled over the past 10 years and Ethiopia began filling the reservoir behind the dam last year with no deal in place. It is expected to add water for a second year after seasonal rains start this summer.

“I’m not threatening anyone here, our dialogue is always reasonable and rational,” el-Sisi said. “I say once again no one can take a drop from Egypt’s water, and if it happens there will be inconceivable instability in the region. Any act of hostility is detestable … but our reaction in the event that we are affected” by a reduction in Egypt’s own water supply “will affect the stability of the entire region”, he declared at a news conference in the Suez city of Ismailia.