Can you turn it down a bit?

Ventilation in the greenhouse is important. “As a grower, if you have a large greenhouse, you want the climate to be the same everywhere,” explains Peter van der Putten, area sales manager at Vostermans Ventilation. 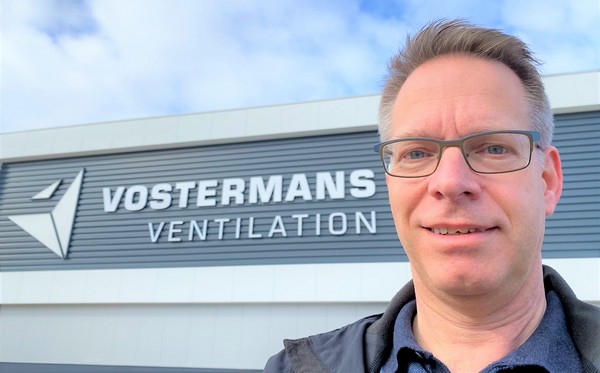 By using fans, a grower can ensure that temperature and humidity are the same everywhere. “In addition, ventilation ensures air flow around the plants and a better CO2 distribution. It also ensures that when there is a high humidity, especially at night, that the moisture in the air cannot condense on the leaves. This is how you prevent fungal diseases." In short, this is the idea behind fans.

More efficiency, less decibels
A fan, however, not only produces air displacement, but also noise. “If you spend eight hours in the greenhouse, it can become irritating. So in addition to the energy efficiency, which had to be increased, we also looked at the noise level: it had to be reduced. ”

Halving energy use
First of all, the efficiency. Peter explains that the energy consumption of the most popular fan, which is for 5,000 m3, has been halved. “In an average greenhouse in the Netherlands you have about 25 fans per hectare. If you assume an average use of eight hours per day, then compared to the previous model you save 24 kW of electricity per day, every day. ”

Because they make the motors themselves at Vostermans, they also have the knowledge to make those motors more efficient. "An efficient motor, in combination with an optimal impeller and an optimal housing, all developed in-house - this combination has led to this great result, with savings of up to 48 percent." 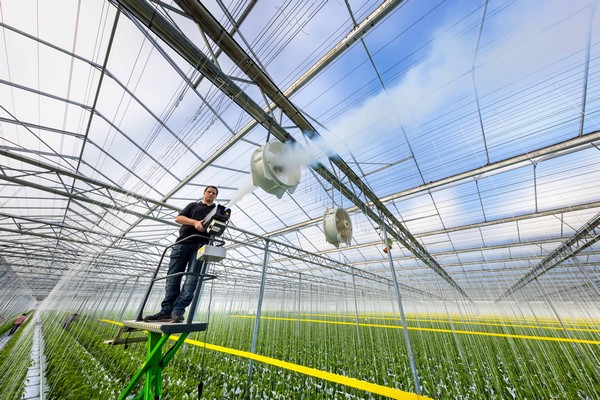 Can you turn it down a bit?
In recent years, noise has also increasingly become an issue in the market. Peter does have an explanation for that. "Due to scaling up, you also get more and more fans in the greenhouse, so the sound level increases."

Obviously, ensuring that a fan emits less decibels of noise is a solution, but we also looked at the noise experience. “An electric motor does not make any noise on its own, but in combination with a fan, any grids and suspension, it does create noise. We have made changes to this: we have been able to reduce the amount of noise through, among other things, a different suspension and an optimal fan. ”

And by using plastic material, the frequency of the sound also changes. That way you achieve a more pleasant experience of the sound, Peter explains. "And the plastic is also very strong."

Also handy: the fan can now be connected to the hoses even more easily, thanks to a raised edge that is built into the fan. "So you no longer need a separate adapter piece, the iron ring of the trunk can go on in no time."