This past Saturday, March 27, Viva Fresh Expo was held at the Gaylord Texan Resort in Grapevine, TX. It was the first in-person event in more than a year. Attendees were ecstatic about the great atmosphere. “There was a real excitement in the air as the industry embarks on its first live show since the COVID lockdowns began,” said Leona Neill with Red Sun Farms. Several exhibitors mentioned how the produce industry feels like one big family and they were so happy to see each other in person again. “It was refreshing to have the opportunity to catch up with everyone again,” said David Reyes with Oppy. “It was so nice to see our produce peers and bond over how we all weathered 2020 in a social distant-friendly environment,” he added. 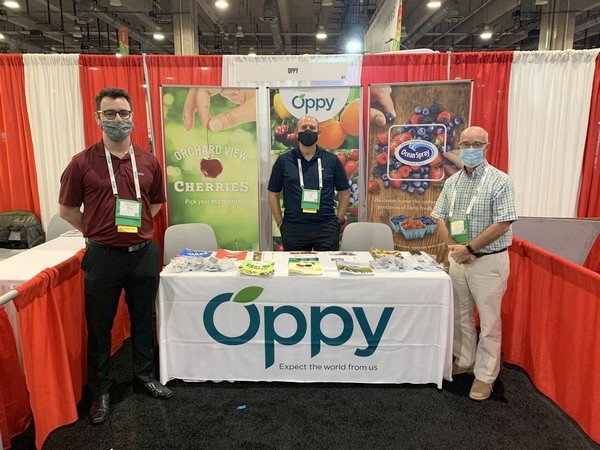 Safety plans
Attendees were very positive about the safety plans the organization put in place. Everyone was given the opportunity to choose between a green, yellow, or red name tag to show their comfort level in terms of physical contact. “This was very mindful of the Viva Fresh organization,” said Deborah Dijkhuizen with Delina Fresh. “The majority of people had a green badge, but still everyone was very respectful, kept their masks on, and kept their distance,” she added.” Robert Adams with One Banana added that the booths were well spaced out. “There was extra space between them in comparison to previous years.”

Good foodservice turnout
In terms of turnout, the responses from produce industry members varied. Most exhibitors shared that the turnout was lower and the number of retailers in attendance was down significantly compared to previous years. “There weren’t as many retailers but the ones in attendance made the time to stop by all the booths and spend time with people on the show floor,” said Brett Johnson with Limoneira. “However, the show saw better attendance from a foodservice point of view. We did not set any expectations, but I feel it was still well worth the trip.” James Rasmussen with Catania Worldwide mentioned there were lots of vendors, but the number of buyers was scarce. “The ones that were there were very friendly and accessible, but the sheer numbers just weren’t there,” he said.

Also, the people in attendance seemed to be from a smaller radius. “People living in driving distance from the show were more likely to attend,” said Andy Garcia III with Altar Produce. 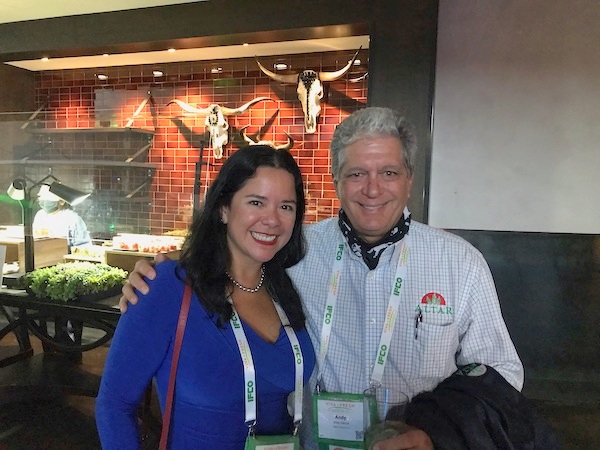 Displays
Some exhibitors chose not to display their product at the show. “We had various marketing materials instead,” commented Oppy’s Reyes. “We were sure to keep social distancing measures top of mind and not having any product was part of that,” he added. Exhibitors that did have product on display were content about the logistics and the attention the produce received. “We had fresh figs, kiwis, limes, lemons, mangos, and grapes on display, and everything was at the booth when it was supposed to be,” said Catania’s Rasmussen. Brett Johnson with Limoneira added how their pink lemons really grabbed people’s curiosity. For Red Sun Farms, the event was an opportunity to feature their new graphics that are designed to improve product visibility and sustainable packaging solutions. Delina Fresh’s Dijkhuizen said it was a bit of a challenge no being able to do sampling. “We usually try to offer some fun samples to draw traffic in, but I think we made up for it with a beautiful display.” 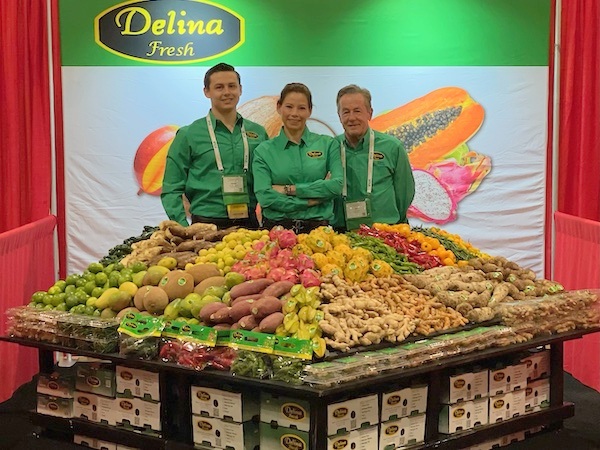 Beautiful display in the booth of Delina Fresh. From left to right: James Burnette, Deborah Dijkhuizen and Jim Burnette. 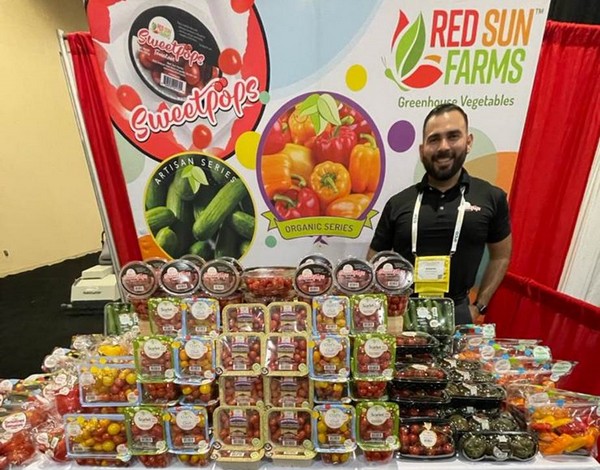 Final thoughts
Overall, exhibitors were happy they chose to be present at the event. “The energy and excitement were contagious as the industry reconnected,” said Neill with Red Sun Farms. “The quality of engagement by attendees was outstanding.” Robert Adams with One Banana was also very positive about the show. “The attendance and atmosphere exceeded my expectations, so a great ‘first’ event in over a year.” Limoneira’s Johnson shared that it was incredible to be back in person. “It is a very close-knit industry, and many folks are like family, which made it feel like a reunion. Our industry is a relationship business, and it is important to be able to meet face to face and continue to build the trust and partnerships.” Rasmussen with Catania Worldwide is hopeful that other trade show organizations will see this setup worked and will follow suit with in-person conventions.

“Thank you Viva Fresh for executing a successful event yet again, and for handling COVID-19 protocols with such care,” concluded Reyes with Oppy. 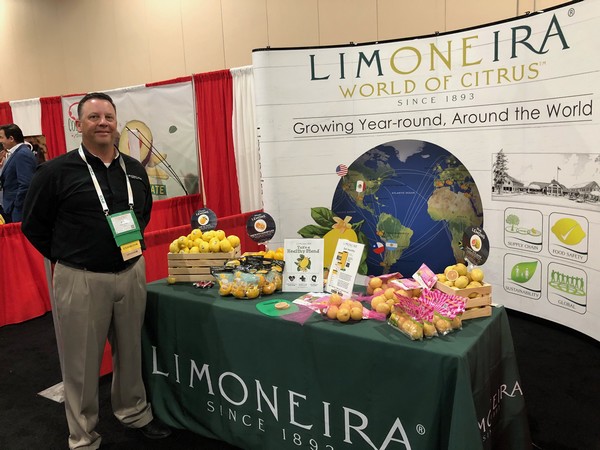