Organic growers let the plant choose its own buffet

The soil is important to organic growers. That is a well known fact. At the same time, much is still unknown about the same soil. Wim van Marrewijk of Sustainable Botanics immerses himself in the soil, for and with organic growers. "To a large extent what I do is pure data analysis."

This may be a very brief summary, but that does not make it less true. Just like the fact that a large part of his work will be done as soon as the soil at growers is ready for a new season in December. Wim explains below how this is possible.

Root sugars
Wim was triggered three years ago by the 'dark green' organic certification Demeter. This centres around a closed cycle, in which the soil nourishes the plants. “I started to investigate how an organic greenhouse vegetable grower could meet the Demeter requirements,” says Wim.

For regular organic growers, it means that they really have to work with the soil. Or better yet: that they must allow the plant and the soil to work together optimally. "When growers succeed, it turns out that a plant makes the right choices for itself and uses the elements and fertilisers that are needed."

Plants do this with sugars, part of which goes to the growth of a plant, part to the fruits, but also part to the roots. Those sugars, the exudates, are able to turn certain fungi and bacteria on and off, with which the plant makes the soil work for itself. “A good base is like a richly filled buffet. If a plant chooses it according to its needs, a plant becomes more resilient, stronger, less stress occurs, also on the part of the grower, and thus it is possible to achieve higher productions. Ultimately an important goal for organic growers as well. ” 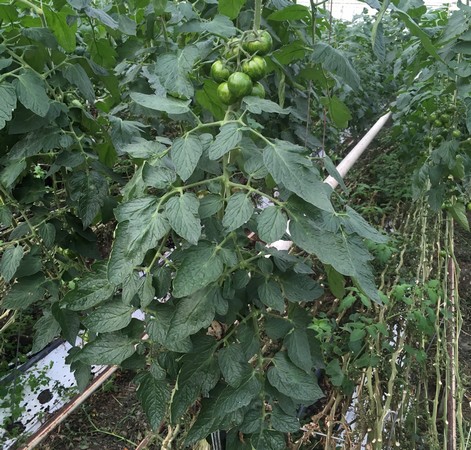 Compost combination
Every year in September, Wim does a soil analysis with growers to see how the buffet is doing. He also looks at which crop will be planted next year, how many kilos the grower expects to harvest and thus what the expected potassium and phosphate requirements of the plant will be. "When we know that, we can start composing the soil."

Wim does this with compost, making a crop- and soil-specific combination of compost types for each grower. There are many more of these than just green compost. “As a basis I use vegetable compost, while I also use old animal compost. All compost varieties combined provide year-round nutrition, on which the plant can feed to its heart's content.”

Plant sap analyses
After composing the soil, cultivation can start. Wim assists growers in this and makes extensive use of plant sap analyses. “These have now become well established and provide a lot of valuable data. The data helps me to show the grower that the system, the soil system, works. Nowadays, for example with international customers, I can discover things from a distance thanks to plant sap data even faster than the grower can see on the plant in his own greenhouse. ”

Wim sees that growers often have a tendency to respond to developments in the crop, while this is not always necessary. “In the spring, for example, it is a given that a crop can lag behind in calcium and boron due to less light. As a grower, you can correct that yourself, but with good soil, the plant does it itself. The plant gives signals to the soil, which then produces its own calcium and boron, with which the plant can feed itself. And thus it can rectify a temporarily skewed situation with out any additional input. ” 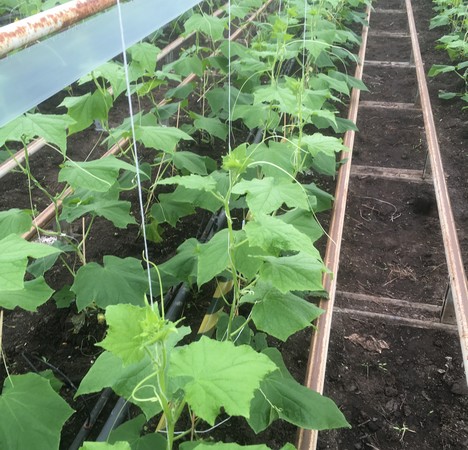 Eye opener
The most common 'skewed situation' is a crop that requires more potassium than was expected by the grower. “That almost always has to do with the greenhouse climate,” says Wim. A crop feeling warm uses more potassium, because the plant needs more water transport. At a time like this, the grower can add potassium themselves, try to lower the temperature in the greenhouse using modern techniques, or let the plant recover itself.

The latter, a plant can do just fine, as Wim saw in the Dutch hot summer of 2018, for example. “At one point outside it was 37 degrees Celsius, in the greenhouse with a pepper crop it reached 32.6 degrees, but the plant temperature did not rise above 27.8 degrees Celsius. Simply because the plant had its roots in the ground and in good soil had a broad, active root system to cool itself with. Also an eye-opener for me. Since then I am therefore not afraid to work with high humidity in the greenhouse. Dehumidification can cause the stomata of a plant to close and then the plant cannot evaporate."

Grip
Wim, who in the past was sometimes criticised after qualifying some organic growers as substrate growers in the soil because they tinkered too much with the soil composition during cultivation, sees that more and more growers are now focusing on a self-nourishing soil system. “With such a system it is very possible to achieve high productions. For example, in week 10 this year, I already saw a Dutch grower who could harvest 6 cucumbers from a square meter that early in the year. This is really unique. ”

This year, Wim will focus on further deepening his knowledge of the soil. Or to be more precise: the influence of carbon on the humification process in the soil. "If I get a better grip on this together with the growers, then I think it will be possible to get an even higher yield from the crop."