On site in Serbia, the groundwork has started for the construction of a demo center of approximately one hectare. In the meantime, the first transport convoys were prepared in the Netherlands last week. 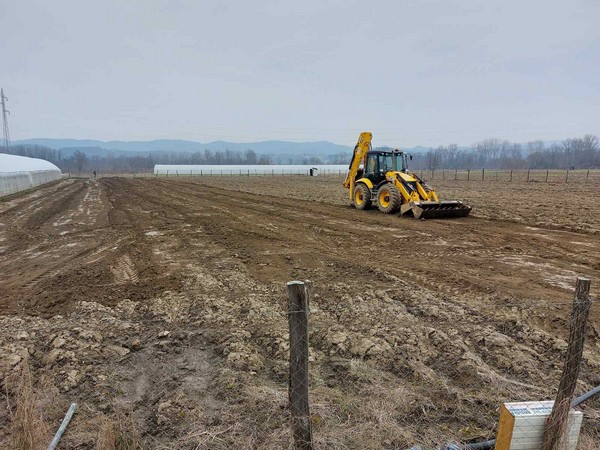 The groundwork has started in Arilje, Serbia, the agricultural department of the Dutch embassy in Budapest, Hungary, shared on Twitter. The agriculture department is also responsible for Serbia.

Covered cultivation with tunnels and other covers
This is a three-year project entitled 'Netherlands Small-Fruit Solutions', (NSFS), part of the 'Partners of International Business' program, also known as PIB. The aim is to develop the cultivation of soft fruit and cherries in the country, whereby collaborations are sought from the consortium with Serbian growers on the one hand and Serbian knowledge centers on the other.

In order to give the project physical shape, the construction of a demo center has now started. The first demo center will be approximately one hectare in size. Coverings will include tunnels, rain hoods and hail nets. The first steps are currently being taken according to plan. Then step by step all project partners will make their (technical) contribution.

First trials start at the end of April
At the end of April, a start will be made on planting starting material under the various structures: tunnels, rain hoods, plank arch system and hail nets. The aim is to always show the Serbian grower a different optimal combination of one of the six types of fruit with a canopy in two variants: high tech and medium tech. So in total twelve variants. In this way, the grower can see the differences and make a choice based on price and quality wishes. The start is scheduled to take place in May. 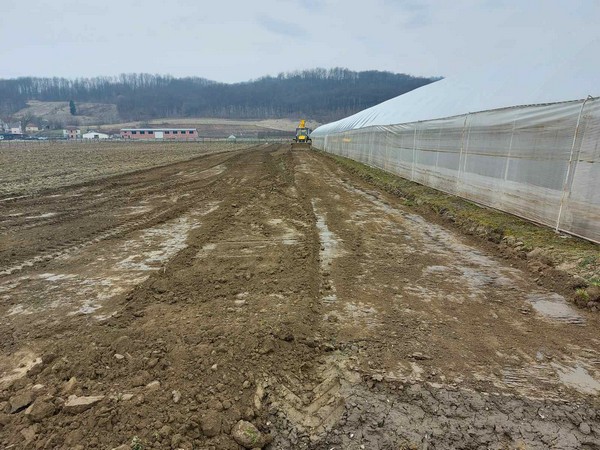 The project focuses on six types of fruit, namely raspberry, strawberry, blueberry, red currant, blackberry and as stone fruit sweet cherry for the fresh market. Both a high-tech and mid-tech cultivation variant is shown for each fruit variety.

Incentive for the fruit chain
At the moment, many fruit growers in Serbia grow outside with unprotected cultivation, sometimes with a simple plastic cover. Serbia has approximately 20,000 hectares of soft fruit and thousands of growers. These growers often still use very old varieties, for example the 40-year-old Willamette variety in raspberries. This means that growers have to contend with poor quality, low yields, resulting in low prices and the loss of cultivation, says Fred Evers. He is the coordinator of the project. "NSFS wants to give the soft fruit cultivation a boost and turn the vegetable garden of many thousands of growers into a profitable cultivation company."

To this end, the project partners, all listed below, are committed to 3-in-1 technology. This involves the introduction of new varieties with the 3-in-1 technology, consisting of cultivation canopy, cultivation on substrate to make the cultivation no longer soil-bound and fertigation, i.e. drip irrigation with soluble fertiliser. If desired, growers can choose to apply these techniques all at once or in steps. Only for the cultivation of sweet cherries especially for the fresh market, which Fred knows is promising in Serbia, the cultivation remains soil-bound with the various cultivation systems: the traditional spindle system (planted upright) and the revolutionary drape system (planted at an angle).

The host in Serbia is Agro-Eco-Voce, a fruit growing cooperative with 200 growers in Arilje, Serbia. This is the most prominent soft fruit production area in the country. Due to the substrate cultivation, the demo is not soil-bound. Serbian stakeholders will be able to copy the modules shown in the other production areas. In addition, the PIB program provides for Serbian growers to visit the Netherlands to see the practice of the various cluster members, including the biodynamic approach that has now also been adopted in Serbia.

Purveyor to the Court
With a professional approach, the Dutch are counting on Serbian growers to take steps forward. That is good for the country and the growers there, but also for the Dutch companies in the fruit growing chain, from nursery to sorting and storage. Serbia's ambition is to convert the 10,000 hectares in the country from "vegetable garden" into a profitable business within 1 generation. In total, this transformation will take place over twenty years, so an average of 1000 hectares per year. At that time, BV Nederland hopes to play an important role as purveyor to the court. ” 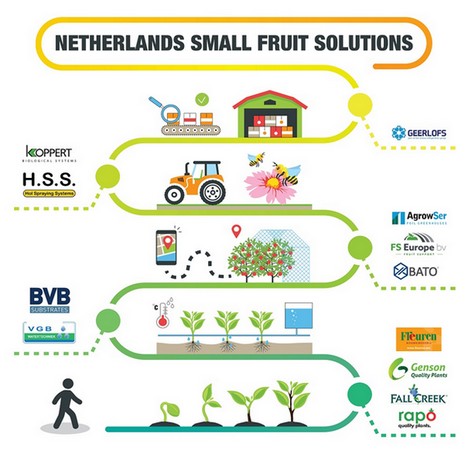