How LEDs increase the yield of beneficial compounds in herbal plants

Malaysia is among the most biologically diverse countries in the world, home to dense jungles with remarkable plant species, including herbal varieties that flourish in its tropical climate. The chemical compounds in these plants have many uses and benefits, including in healthcare and cosmetics. 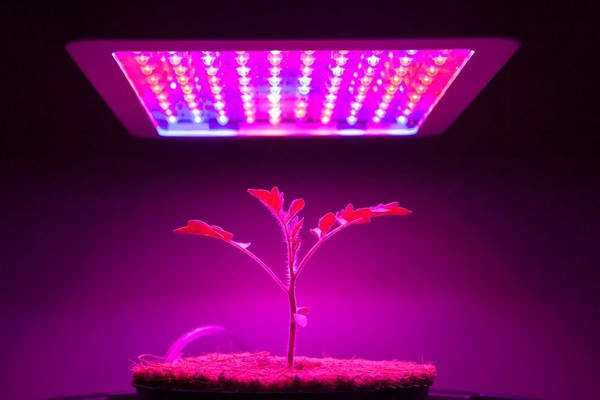 At Monash University Malaysia, researchers are working to maximise these benefits by using LED light sources to improve the yield of the plants’ health-beneficial compounds. Associate Professor Lim Yau Yan, a lecturer in the School of Science, leads a research team – comprising several PhD and honours students – working on the identification and bioactivity of active compounds from herbal plants, and studying the effects of processing treatment on their bioactivity.

Scientists are learning how chemical compounds in herbal plants have pharmacological effects, and benefit those who consume them. Professor Lim’s team's research project includes extracting bioactive compounds from tropical plants, herbal plants processing to preserve the health-beneficial compounds, and using tuneable coloured LED lights to increase the production of nutraceuticals in herbal plants.

Rosmarinic acid is often found in plants of the Lamiaceae family, including herbs such as rosemary, sage, basil, oregano and misai kucing (cat's whiskers), to name a few. 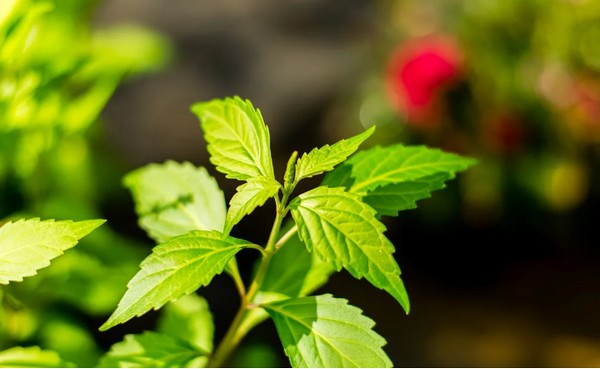 Their work began a few years ago, says Professor Lim. He collaborated with Associate Professor Vineetha Kalavally from the School of Engineering to construct an LED system, and Professor Sadequr Rahman from the School of Science. A growth chamber was set up on campus. Various combinations of LED light colours were used to stimulate the production of bioactive compounds in herbal plants. They found that a higher proportion of red light than blue tends to result in the best yield of rosmarinic acid in the misai kucing herb, as high as 70%.

“It's quite a significant increase compared to changing the soil condition or changing the climate,” Professor Lim says. While herbal plants typically thrive in our urban environments, LED lights can stimulate the plants’ metabolism, says Professor Lim. LED lighting systems have great potential in the agriculture industry. What's novel about this study is that LED light sources have seldom before been tested to stimulate the growth of specific health-promoting chemicals such as rosmarinic acid.

“Rosmarinic acid is a beneficial pharmaceutical and nutraceutical compound. It’s been used extensively in the pharmaceutical world and cosmetics, where it’s used as a preservative for the latter. It also contains anti-diabetic, anti-inflammatory and antioxidant properties, to name a few,” Professor Lim says.

The team is now following up on the study by concentrating on different plants, including mint herbs from the Lamiaceae family, and improving the LED lighting system based on their initial project. The project is funded by the Fundamental Research Grant Scheme (FRGS), a grant from Malaysia's Ministry of Education.

The red/blue light findings in the example of the misai kucing herb aren’t necessarily the case with other Lamiaceae family plants.

“Does it mean we can continue to use the same combination of LED lights that were successful in stimulating the growth of rosmarinic acid in the misai kucing herb for other herbal plants? This we don't know.

“But as far as misai kucing is concerned, we know that about 50% of red light and 25% of blue light is the best combination. For other plants, well, that remains to be investigated. That is part of the aim of this FRGS project,” he says.

The might of LED systems
While LED systems can stimulate bioactive compounds in misai kucing, there's great potential in other areas, such as the healthcare and agriculture industries. Land-scarce locations can still grow plants under the LED system using vertical farming methods.

Malaysia is one of the most biologically diverse countries in the world, home to dense jungles with remarkable plant species. Increasing the yield of health-promoting chemicals means healthcare interests can improve patient outcomes by utilising these bioactive compounds to tackle chronic diseases faced by ageing populations.

While the initial cost of establishing an LED system is higher than traditional forms of lighting, LEDs last longer and require less energy, making it environmentally beneficial in the long term.

Professor Lim will use the FRGS grant to continue working with LED lights to stimulate bioactive compound production in plants readily available in Malaysia, and the processing of herbal plants to preserve those compounds.

Future study areas could include how natural sunlight and LED light combinations will affect health-promoting chemicals in other medicinal plants.