Two of the objectives that Conserve Italia has set in Apulia to bring production closer to the processing plant are incentives for the farmers closest to the processing site in Mesagne (Brindisi) and a collaboration with the producers organizations, so as to increasingly encourage mechanized harvesting. 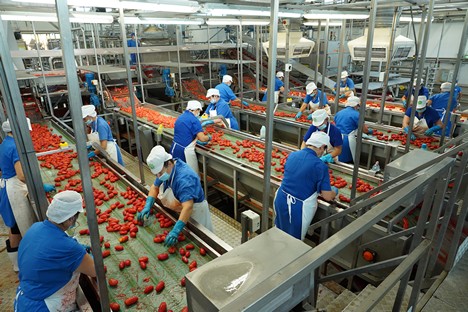 "There are some large companies that already use our plant, but we aim to encourage even more cultivation near Mesagne, so as to reduce transport times and also the environmental impact. The plant covers an area of 46,000 square metres and employs 450 seasonal workers hired during the campaign period, plus around 20 permanent employees," said Daniele Piva, director of the agricultural production at Conserve Italia.

The site processes 55,000 tons of produce per year, mostly from the 700 hectares of industrial tomatoes grown by Conserve Italia's producer members in Puglia and bordering regions. This plant represents a fundamental employment base for the area, and generates an annual economic impact of around €3.6 million in wages and taxes alone, without taking into account induced activities".

In recent months, the Bologna-based cooperative group - which produces tomato preserves in the Salento area under the brands Cirio, Valfrutta and Jolly Colombani - has held meetings with dozens of farmers in the involved areas, encountering great interest in this initiative.

"Apulian tomatoes represent a strategic asset for our company, in particular for the Cirio brand, which is present on the market as Pelati and the new range Le Selezioni, and that includes Datterini and Ciliegini di Puglia (dates and Apulian cherry tomatoes). We aim to expand the social base in the area, supporting our farmers by providing the security and stability of a large cooperative such as ours, ranging from technical assistance in the countryside and support for mechanized harvesting, to supplying the plant. 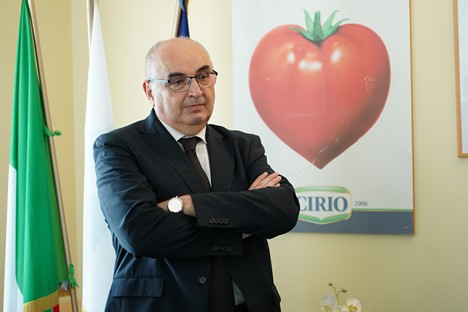 "Favorable conditions are in place to enhance the cultivation of industrial tomatoes in Salento. Thanks to the fundamental contribution of our associated agricultural cooperatives, we are willing to bring closer and closer the fields of our producers to the processing plant," said the president of Conserve Italia, Maurizio Gardini.

"We will be able to better preserve the raw product, reduce environmental impact and streamline transportation costs, giving greater profitability to Apulian farmers. We foresee economic incentives to our cooperatives based on the reduction of transport distances from the fields to the farm," concluded Gardini.