Everything is going extremely well after a hectic year

The men of Van Marrewijk Tomaten in Dinteloord dove in their archives because they were building a new website, which just went live. While doing this they found a picture from the 1920s. This is how long the family business (originally from the Westland) has been operating, although there is no precise date for its establishment. However, the start date for the construction of the new greenhouse in Dinteloord, where the growers have been cultivating for over three years after moving there from Delfgauw, has been documented,

Now they also live there. Jan, as well as his sons Twan, Lars, and Stijn have moved from Delfgauw to Dinteloord to live closer to their 20-hectare cultivation site. "We have moved multiple times over the last forty years," says Twan, who at 29 is Jan's eldest son. “My grandfather's father started cultivating in Honselersdijk. In 1984, he moved to 's-Gravenzande and in 1999 we moved to Delfgauw. This is how we kept growing.” 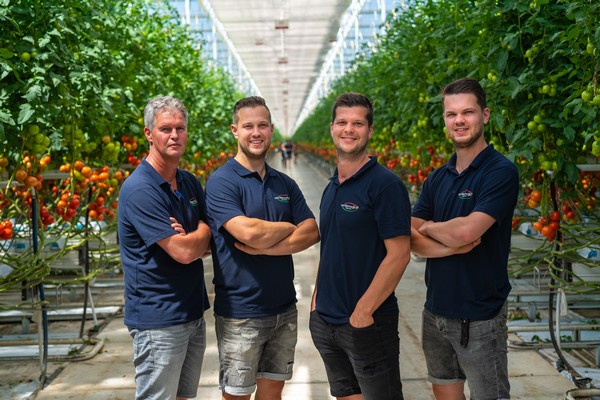 Uninterrupted construction
The last expansion took place in 2017. In the horticultural area Nieuw-Prinsenland, the land was bought to build 19.2 hectares of greenhouse for the cultivation of coarse TOV. In January 2018, the first plants were planted in the greenhouse for non-lighted cultivation, followed by lighted cultivation that started in August that same year. "We deliberately built without interruptions, with just a few months in between. I was closely involved in the whole construction process together with my father. In addition to being an experienced grower with a green thumb, he is also a real entrepreneur. This is also evident from the expansions." 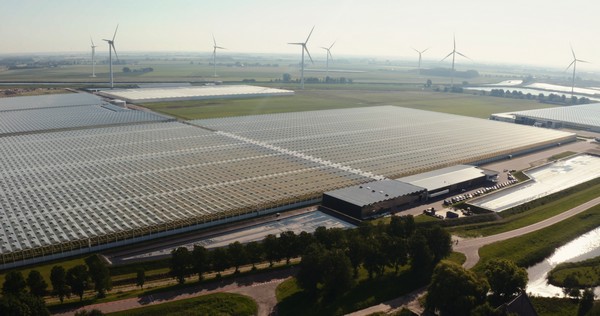 Succession taken care of
All three of Jan's sons have the ambition to become shareholders in the company in the long term. This ensures succession. But not yet. “My father, who recently celebrated his 57th birthday, will continue doing what he's good at.” However, all sons have their roles within the company. Twan is responsible for labor and partly for general matters, Lars for cultivation and youngest brother Stijn focuses on the technology in and around the greenhouse. 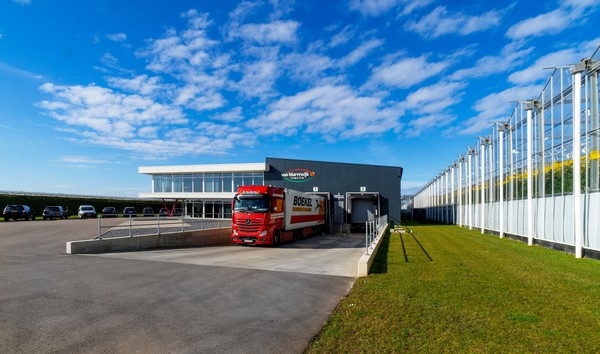 Employees also relocated
Of course, the four men cannot run such a large company alone. During the year, they can count on around 65 employees (85 employees during peak periods). “That's many seasonal employees through an employment agency in the area, but also permanent employees. Remarkable is that all our permanent employees have moved with us from Delfgauw. Some of them still drive back and forth every day.” 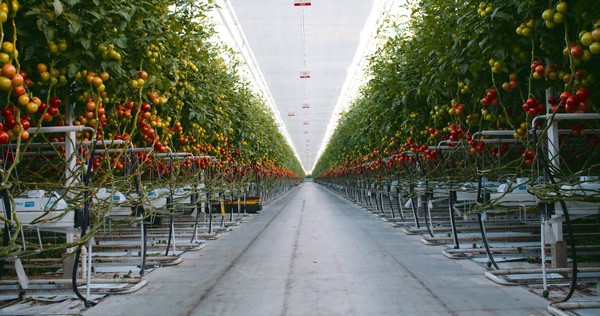 View in the non-lighted greenhouse. The other half of their acreage is lighted. The grower uses 3 CHP's, which generate 5.7 MWh. The purchase of a fourth CHP is currently under consideration.

Thanks to lighting work year-round
Staff was definitely a challenge, especially in the first year. Because the growers went from 8 to almost 20 hectares. “We spent a lot of time training people, but also with construction. That was pretty hectic. Now it's less hectic and things are going extremely well. And it helps that half of our greenhouse is lighted and the other half non-lighted, this means we have work for our employees year-round. This makes it easier to retain people, although we don't mind training new people. 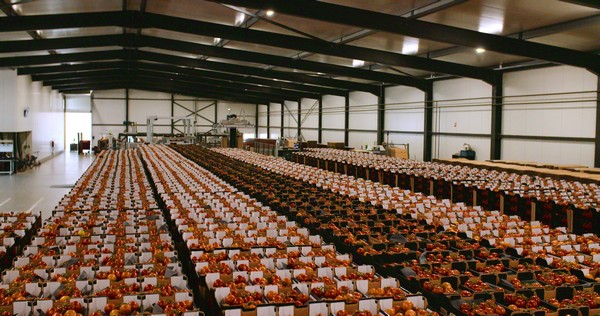 Growers United does sales and marketing for Van Marrewijk Tomaten. Through the sales organization, the tomatoes end up with European retailers.

Making progress
The growers have been members of Prominent since 2011. In recent years, several growers have merged with the producer organization for TOVs. At Van Marrewijk Tomaten they don't see that happening in the coming years. “There are four of us and succession is taken care of. After our last expansion, we are now in a good position, although we do not exclude anything in the future. But we already work together a lot. Especially within Prominent, where we look at what is cultivated every year, for example. That might one day be something other than coarse TOV.” 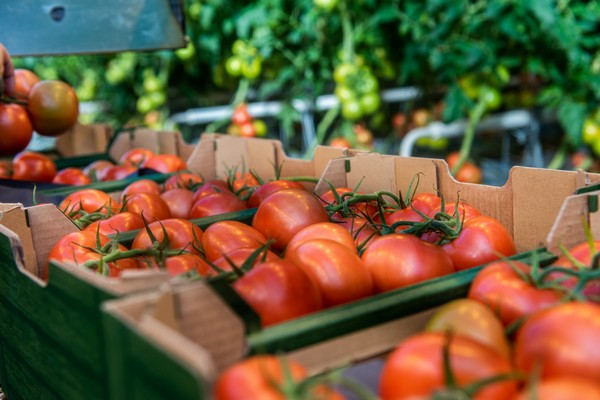 Another future step would be the further expansion of our acreage. With the current developments in the tomato market, such a step is not unthinkable. “In an X number of years, this is certainly worth considering. Not for now, we just moved here. Although we keep our eyes open, also for innovations. We work with four pairs of eyes, each with its own specialty. That works well and we make progress this way."

Click here to see the newly launched website where you can see a company video and the company's history is explained.