Tomatoes, bell peppers, onions. The Netherlands is one of the biggest exporters of vegetables worldwide, and export is still growing. However, cultivation of these vegetables consumes energy. In order to sustain not only an increasing population but also the planet, we have to produce more food while using less resources and emitting less greenhouse gasses. The newly designed algorithm of researcher Wouter Kuijpers with Eindhoven University of Technology will contribute to an improved control of the greenhouse climate, resulting in a higher production while emitting less greenhouse gasses. 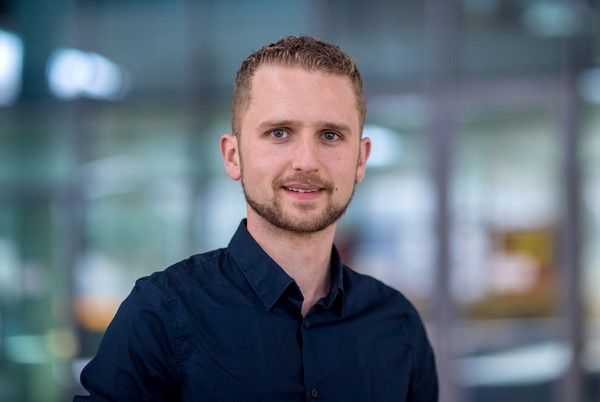 Being one of the vegetable export leaders of the world comes at a price. Due to energy consumption the Dutch horticultural industry is at the same time a major consumer of fossil fuels. Even though significant efforts are made, the sector still uses a considerable amount of gas and electricity to create a, more than, favorable climate for the crop. In the last few decades, the greenhouse’s indoor climate has been increasingly subject to optimization. Goal: to obtain not only a better, but also a more sustainable, ‘greener’ cultivation.

Experience
The climate in most greenhouses is currently controlled by climate control computers which mostly rely on grower-defined heuristic rules. These rules dictate, for example, at what temperature the heating is switched on or when the windows are closed. The evaluation of these rules results in the controls of the greenhouse: opening/closing the windows, enabling the heating, injecting CO2 and/or closing the screens. Designing these rules typically requires a lot of experience in both greenhouse as well as the crop itself but is also difficult to oversee due to the influence of varying product, electricity and gas prices and the complex greenhouse system itself.

Wouter Kuijpers therefore invented an algorithm that replaces the rules that constitute the climate control. His algorithm uses mathematical models of the energy management system, artificial lighting, greenhouse climate and the crop, to predict the effect of the controls on the return for the grower. The models describe, for example, how an increase in the heating will result in an increase or decrease in the grower’s return or the carbon footprint, later. Using this algorithm, the optimal controls to the greenhouse are selected, optimal in the sense that the return of the grower is highest.

Mathematics
With tomatoes as most exported vegetable, Kuijpers delved into the mathematics behind tomato cultivation. Using a computer model of a tomato greenhouse, he compared the performance of the proposed algorithm to the performance of an average tomato grower. With promising results: not only an increase in the return of the grower is suggested, but also a decrease in CO2 emissions. Hence, more food can be cultivated while emitting less greenhouse gasses. 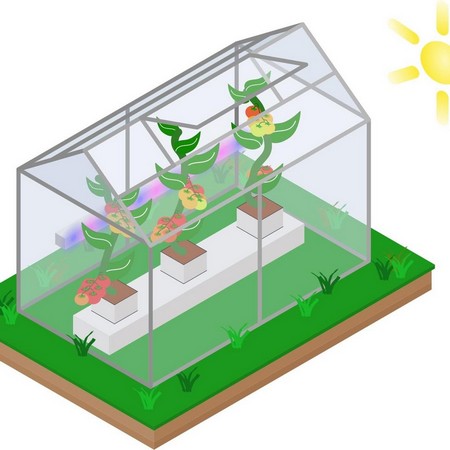 The effect of the controls depends on diverse variables, like the outside climate. Opening the windows will either cool or heat the greenhouse air depending on the outside air temperature. The algorithm, which attempts to predict the effect of the controls, thus requires a forecast of the weather. The weather can, however, not be predicted perfectly. Kuijpers shows that the proposed algorithm combined with forecasts from the KNMI can cope with the uncertainty by maintaining the performance of the greenhouse. A similar uncertainty in the forecast can be found in the product price. If the product price is forecasted to decrease, the controller might for example decide to invest less in artificial lighting as that will increase electricity costs. But what if it is unsure whether or not the product price will decrease? Yet again Kuijpers’s algorithm was able to maintain performance also with uncertain product price forecasts.

The results of simulations with Kuijpers’ algorithm are very promising, assuming that the mathematical models perfectly predict the behaviour of the greenhouse and its crops. Perfect models, however, do not exist. Therefore, next steps with experiments in a real greenhouse are forthcoming. And as the tomato in the mathematical model could be exchanged for other crops, also bell pepper and onion might benefit in the near future from a greener greenhouse.