An insecticide used to control pest infestations on squash and pumpkins significantly hinders the reproduction of ground-nesting bees — valuable pollinators for many food crops, a new University of Guelph study has revealed.

Steady decline
“Because they’re not making nests and not collecting pollen, they cannot raise offspring,” said Dr. Susan Willis Chan, a post-doc in the School of Environmental Sciences (SES), who conducted the study with Dr. Nigel Raine, holder of the Rebanks Family Chair in Pollinator Conservation in SES. “That means imidacloprid-exposed populations are going to decline.”

Neonicotinoids (or neonics) are neurotoxic insecticides that kill insects by attacking their nervous systems, affecting learning, foraging and navigation in many kinds of bees. Farmers use the neonic imidacloprid to control cucumber beetles, the most damaging crop pest for squash and pumpkins. 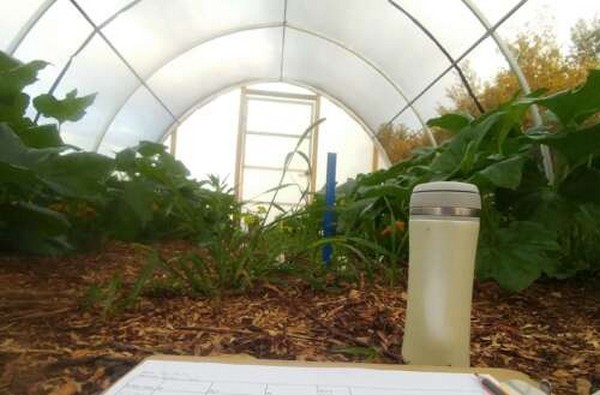 Many species of ground-nesting bees, including the hoary squash bee, are responsible for pollination of numerous fruits, vegetables and oilseed crops in North America, said Chan. “Solitary ground-nesting bees make up about 70 per cent of bee species. It’s a really important ecological group and is also really important in crop pollination,” she said.

Long-term impact
However, these ground-dwellers are often overlooked when it comes to evaluating the impacts of pesticides on pollinators, she added. The study involved three years of monitoring the foraging and nesting behaviour of squash bees. To mimic field conditions, Chan held the bees in mesh-covered enclosures that still allowed exposure to sun and rain and other environmental factors. She applied pesticides in ways that mirror actual use in farmers’ fields.

Chan tested three insecticide treatments: the neonic imidacloprid applied to soil at planting time; the neonic thiamethoxam applied as a seed treatment; and an anthranilic diamide (an emerging non-neonic insecticide) sprayed onto growing plants. A fourth group without insecticides served as a control. 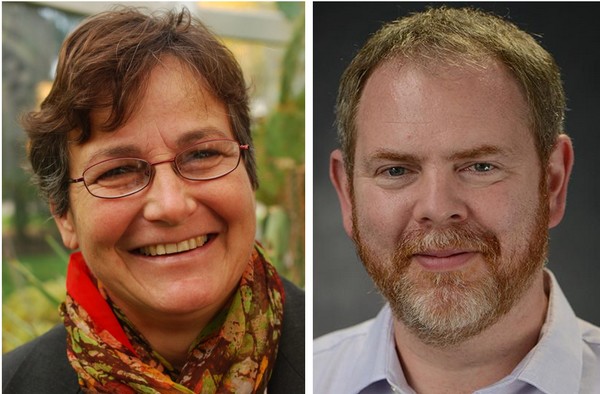 Studying the bees for three years allowed the team to show longer-term impacts of imidacloprid exposure on reduced nest-building, foraging and offspring reduction. Bees visiting squash plants treated with anthranilic diamide collected significantly less pollen than those in the control group but had no fewer nests or offspring. Chan saw no measurable effects from the thiamethoxam seed treatment on pollen harvesting, nest construction or offspring production.

Alternatives
“Farmers and regulators need to look at alternatives to applying imidacloprid to soil for controlling pests on squash and pumpkins,” she said. “My recommendation to pumpkin and squash farmers is to stay away from imidacloprid applied to soil to keep their squash bees healthy.”

Raine said it’s likely other solitary, ground-nesting species are also being affected. Noting that other ground-nesters live in farm fields, he said, “The sort of impacts from soil-applied pesticide exposure we’ve seen in this study could affect many other species of wild bees.” 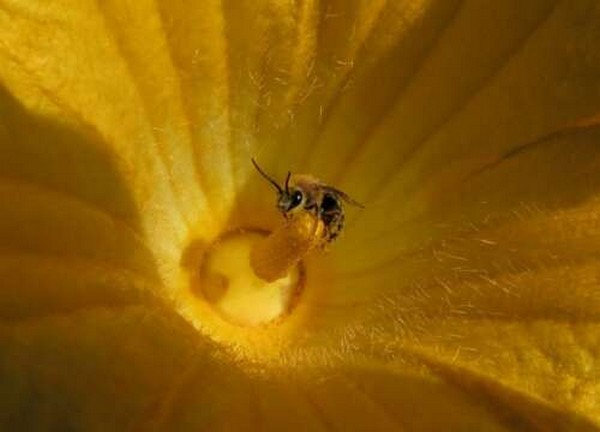 He said current regulatory assessments for insect pollinators fail to consider risks associated with soil pesticide residues. “Our results highlight why this should be changed to better characterize risk for the many bee species that spend a large proportion of their life in soil.”

Given the importance of pollinating insects to crop production, Chan said, “Farmers need to protect their crops from pests, but they also absolutely need to protect pollinators from the unintended effects of pesticides.” Referring to imidacloprid, she said, “The data on this particular product are so clear that there’s really no question about what has to happen. We have to find something else.”

Read the complete research at www.nature.com.