The prices of zucchini, as well as those of eggplant, cucumber and other vegetables, soared after the storm and frosts recorded in January. At the moment, zucchini prices have returned to normal, although it is difficult to predict whether the average will turn out to be higher at the end of the season.

Although the prices of zucchini and other winter vegetables have been high, growers are not expected to delay the planting of other spring products, such as watermelon, either. "Many producers have set transplant dates every year, so we do not expect great delays. Although of course, the weather will still be a factor to take into account," says Gabriel Escobar Fernández, head of the Commercial Department at Escobi. 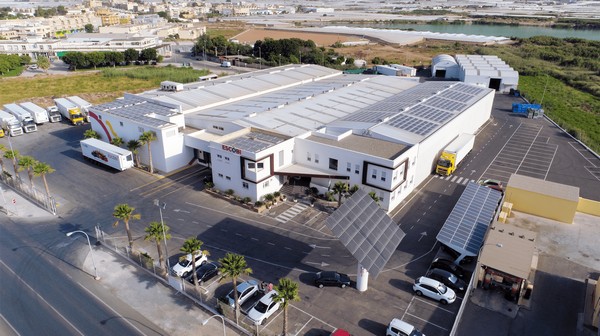 The zucchini acreage continues to grow in Almería. Based in the municipality of Las Norias de Daza, the company Escobi is specialized in the production and marketing of this product, which accounts for between 35 and 40% of the almost 60 million kilos of vegetables and fruits that it handles annually.

"In our case, we have a very specialized base of producers who tend to cultivate this crop year after year, so if they expand their acreage, when buying new land, for example - more is grown; otherwise, things remain stable. However, it is true that every year we see an increase in the production. The high degree of specialization of our producers allows them to make the crop profitable, despite the market's competitiveness," says the commercial manager of this company.

And all despite the great threat posed by the New Delhi virus, which significantly affects zucchini. In the words of Gabriel Escobar, "we could say that the good work of our producers has allowed us to keep it under control and it is not being a limitation to continue growing."

According to Gabriel Escobar, zucchini is a very versatile item and consumption in homes grows year after year. "Moreover, the pandemic has given it an even greater boost, and we could see an even greater increase if this trend consolidates," he says.

Frutas Escobi sells its zucchini mainly to western and northern European markets. "We are growing in practically all of them," says Gabriel.