Optical sensor manufacturer Sendot started in 2015. Not long after, the first sensors that were developed in-house were introduced to growers. The time has now come for a new generation of optical sensors which have developed into a complete package to help growers measure and control better. 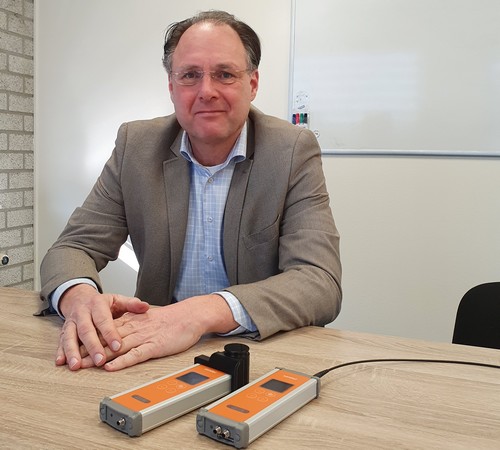 A new website with a new corporate style will also help growers. "The website will have a deeper layer, just as Sendot's sensors allow you to measure deeper 'in the plant'," says Bert van Tol, CEO of Delft Research Group, of which Sendot is also a member.

"Before Sendot was established you could see the emergence of optical sensors but the right microelectronics were not yet available. However, we wanted to be on top of things in case growth really exploded. And we succeeded," says Bert more than six years later. "At Groen Agro Control, also part of the group, we already knew what was relevant to measure and how to deal with data. We also researched optical sensors and their applications."

Hands-on mentality
Sendot was officially established in early 2015, and Arie Draaijer and Kevin Tomson were involved from the start. Meanwhile, Erwin Gräfe is now also part of the growing company. "From the beginning, there was a strong focus on the practical applications for growers," Erwin knows. "Not very expensive laboratory equipment, but equipment that is suitable for the hands-on mentality that characterizes horticulture."

Sendot has all the necessary knowledge in terms of optical sensors. Bert: "We develop the electronics, the chemistry that is needed in the sensor, and also the software ourselves." The sensors have an innovative way of measuring, they measure using light. The package is now fitted with different types of sensors to measure oxygen, photosynthesis, chlorophyll, and pH. As a result, not only growers benefit from new insights but also consultants, researchers, breeders, lighting manufacturers, and vertical farm companies.

Integral applicability and data transmission
What is important when introducing optical sensors is data transmission. For this, Sendot quickly launched the SenBox, a sensor data platform. "Our sensors can be used anywhere in the greenhouse," explains Erwin. "We set up local wireless 4G networks to do this. We even have various tools for this and we work closely with others in the market such as 30MHz."

If clients want more, the Sendot team can assist them with this. "Our sensors can perform repetitive measurements through robotics and we can also integrate our sensors in existing setups." 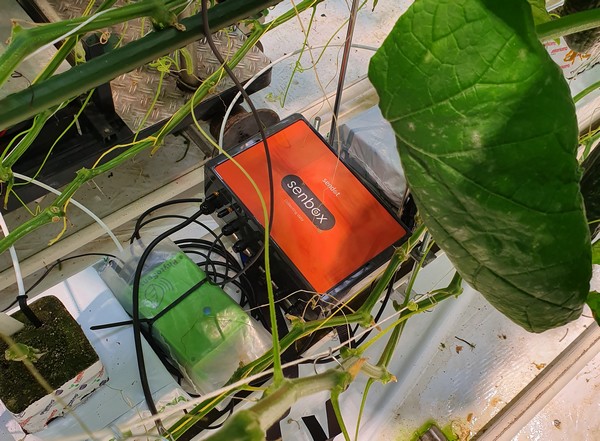 From sensors to projects
Erwin does see that growers benefit from good instructions if they want to make optimal use of the sensors. The new website, which includes additional options for sharing knowledge, and tips and tricks, is going to help them with that. And what's more, the people of Sendot can be found “in the fields” for support. "We have active sensors, with which the grower really needs to work. For example, attaching properly with a leaf clip or inserting an oxygen optode into the mat." Bert adds: "And above all, growers should not get lost in all the available data. Sendot has put a lot of effort into making the data from the sensors applicable."

At Sendot they see that there are many different types of people in horticulture. And that means that the service should match that. “We used to work on the sensor, now we also offer various routes where we help our customers and focus on one of their goals. This gives the user all the practical knowledge so that they can start working on it themselves," says Erwin. This strategy is already being implemented by many growers. "In doing so, topics such as efficient light utilization, dry-matter production, and oxygen trends in substrate are explored," Bert adds.

Coming soon
At this moment, the main focus is on expanding the sensor network in the Netherlands and on introducing the new generation of optical sensors, which have been perfected and are more user-friendly, just like the new website.

Bert and Erwin expect international expansion to follow from this. "The most important thing is that the grower really benefits from the optical sensors and can, for example, utilize a good network to monitor all locations at the same time from a single site," Bert says.

More than six years after Sendot's establishment one thing is clear: the industry cannot escape digitalization. It's becoming more important. "Growers should certainly keep thinking about digitalization," says Erwin. "And we are happy to assist them through our solutions, guidance, and with projects."