Recently, in an effort to respond to the dynamic and growing market in the Leamington/Kingsville/Chatham-Kent area, Plantech Control Systems Inc, owned by Richard Hiebendaal and Rob Brinkert, joined forces with JM Controls and Electric, owned by Jeff McFadden, in developing Plantech West, a new venture specifically designed to service these areas. In 2020, the Plantech West office in Kingsville ON was opened, bringing this effort into reality. Plantech West now, continues to strengthen their foothold in Southwestern Ontario as a horticultural specialist. How? By hiring a new general manager for a new venue of the company.

Matt Szucs is appointed as general manager for the company's new Kingsville, ON office. "With the new - West office, we have become a local area supplier and service company for the region Leamington - Kingsville - Chatham-Kent. We know that is important to our customers," says Cees Degroot, sales manager of the company.

Growing market
Matt brings with him over 15 years of experience with Priva, electrical systems and other greenhouse automation which is a good match since Plantech West is a full service Priva contractor, offering complete turnkey builds, including electrical, lighting and irrigation.

2020 was a busy year for the company, as they started various new projects. "This included the building of more than 30+ acres of new greenhouse space, and connecting over 30,000 HID light fixtures in the greenhouses, and building 35 Megawatts of power distribution in Leamington," says Cees. 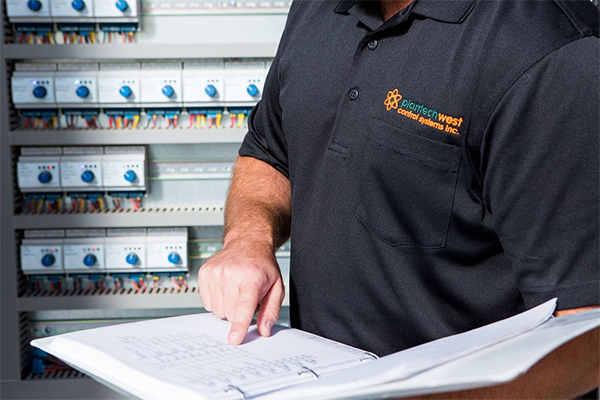 With the new office, they're answering to the growing horticultural industry in the Leamington - Kingsville - Chatham-Kent area. "Apart from the Priva product, our Plantech West office is also this regions “home-base for our  5 man service team, looking after all the Aweta sorting machines, Wanjet spray robots, Buitendijk-Slaman and Favorite Packing equipment." This includes 24/7 service and support to their valued customers base.

"In this new Plantech- West office, we will stock parts for the different products we sell and service,” Cees concludes.