A partnership between Alberta’s agriculture and energy sectors has meant growth for a greenhouse vegetable business north of Red Deer and is helping fuel their expansion plans.

Doef’s Greenhouses currently grows peppers, cucumbers, lettuce and eggplant on 11 acres under glass and are undergoing a 13-acre expansion expected to be ready to enter production early in 2021. It’s the first of four 13-acre expansion phases for the Doef family, which owns 60% of the shares in the family business.

EnerMerge Inc. holds the other 40%. They’re a local company and part owner of Horseshoe Power, which owns and operates a tri-generation facility on the farm and surrounding natural gas fields. Producing electricity, heat and carbon dioxide (CO2), the facility provides all of the operation’s energy needs, meaning the greenhouse is almost completely off the grid.

Partnership
The partnership began about five years ago when EnerMerge managing director Brad Murray cold-called the Doefs to ask if they would consider letting the company be the farm’s energy provider. EnerMerge owned gas wells around the greenhouse operation and Murray suggested a tri-gen energy centre could add value to both businesses.

“We had looked at tri-gen before, but we didn’t want to spread ourselves too thin by also running and managing an energy centre on our site. So we did some feasibility studies and research into the business concept,” says Eric Doef, one of the partners in the greenhouse. “We are farmers and we need to focus on our crops to get top production; our new partners focus on the energy and keep the centre running.” 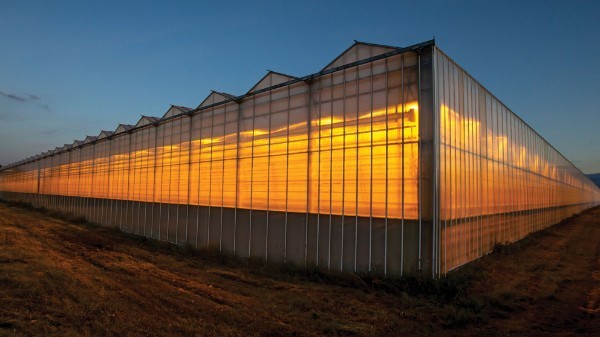 The electricity generated by the farm’s energy centre is used for the lighting system that supplements natural sunlight in nine acres of production area so the greenhouse can grow crops year-round. Waste heat from the centre’s engines is used to heat water and the CO2 is used in the greenhouse to support plant photosynthesis.

Family business
The tri-gen is connected to the local energy grid, and unused electricity (the greenhouse doesn’t need its lighting system during the summer months, for example) is fed into that grid. A second tri-gen centre is being built alongside the greenhouse expansion; both are on a new parcel of land across the road from the existing farm location.

Eric is the oldest of five Doef siblings and joined the family business full time in 2000. His brother Paul and brother-in-law Phil Visscher have key roles as well, his wife is the company’s controller, and his parents, Joe and Helen, are also still involved. The business had its start over 50 years ago when Joe immigrated to Canada from the Netherlands at age 19 and started a small greenhouse business.

Managing markets
A significant contributor to their success and profitability over the years has been their ability to control the marketing of their produce, including selling directly to consumers – not the norm in the greenhouse business.

“Especially now, people are reaching out more locally, wanting to get to know their farmer, know where their food is coming from and know that they can trust where food is coming from,” he says. “The feedback we get from customers, especially at farmers markets, about why they appreciate our produce is reassuring and for us one of the big benefits of being at those markets.” 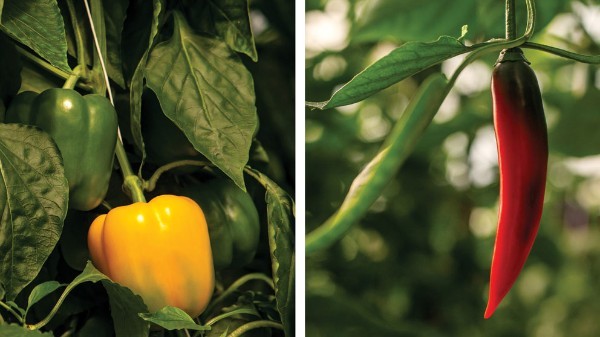 Adapt to challenging times
Existing food safety and biosecurity protocols made it relatively simple to adapt to additional protections for COVID-19 for greenhouse staff. The entire workforce is local, so the Doefs haven’t been affected by labour shortages as a result of the pandemic like greenhouse producers who employ international workers.

“We’ve dealt with plant viruses in the past and protocols are similar to COVID; we’re making sure we’re washing hands regularly and cleaning surfaces, and there is lots of space in the greenhouse to physically distance,” Eric says.

The battle with plant viruses, diseases and pests is an ongoing challenge, he notes, particularly thrips and powdery mildew. So traffic through the facility is limited, they ensure they’re buying quality seed from their suppliers and a crop consultant visits regularly.

In addition to family members, the Doefs employ about 55 workers in their greenhouse, 20 at Pik-n-Pak and 10 who handle the farmer's markets. The expansion will mean another 40 jobs that they hope to be able to fill locally. Access to consistent labour is an ongoing concern though, Eric notes.

“We’re aware that family businesses can be great, but they can also go sideways. There always has to be accountability and reporting to make sure we’re meeting targets and budgets, so we try to make sure we have regular family meetings and also with our partners and investors,” he says. “And we’re constantly working on that as we expand to make sure it still makes sense financially.”