Many growers are interested in LED lighting in their greenhouses. The purchase costs and the lack of knowledge about the influence on crops result in a dilemma. Horticultural association Glastuinbouw Nederland advises growers to start on a small scale and to inform themselves properly. An independent LED consultancy has also been set up.

The use of assimilation lighting has been increasing in Dutch greenhouse horticulture since 1996. Illuminated cultivation makes up to 40 percent of the total area of about 10,000 hectares. Traditionally, lighting was done with Son-T lighting, consisting of sodium lamps.

LED lighting has been on the rise since 2007, with benefits including lower electricity consumption, less radiant heat, quick to turn on and off, dimmable, adjustable to specific wavelengths and a longer lifespan. In 2019, 15.5 percent of greenhouse growers were interested in investing in LED lighting, up from 13 percent in 2016.

“The large number of registrations for meetings and webinars on the subject shows the great interest in LED lighting from the grower community,” says Anja Dieleman, senior researcher in plant physiology at the Greenhouse Horticulture Business Unit of Wageningen University & Research (WUR). 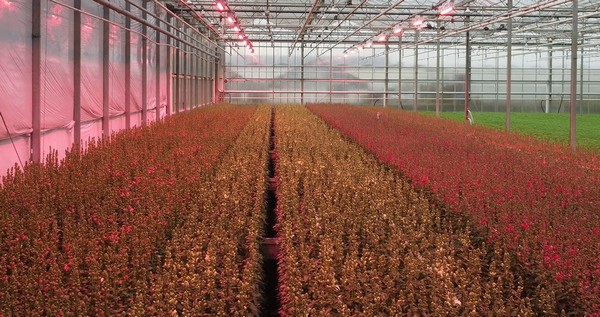 Energy balance
According to her, switching to LED lighting requires a different way of growing, because the energy balance in the greenhouse changes. In addition to lighting, factors such as temperature, dehumidification and planting date also play a role in plant growth. The optimal conditions differ per crop and also per variety and growth stage.

For certain crops, such as cucumber, tomato, rose and gerbera, a lot of research has already been done on assimilation lighting with LED lamps. In such trials, WUR researchers work together with growers’ supervisory committees. Dieleman says that research and practice need each other to exchange knowledge.

“Ultimately, it is the entrepreneurs who have to decide whether they want to invest in LED lighting. Not only do the research results play a role in this, but also the purchase prices of equipment, electricity prices, wishes of customers and requirements set by the greenhouse horticulture sector.”

Brand independent
Growers of crops for which little research has been done also want to gain experience with LED lighting. Dennis Medema, energy theme specialist at Glastuinbouw Nederland, advises interested growers to inform themselves about what is known about their crop (and variety), for example within research of Greenhouse as Energy Source.

He indicates that the purchase price for LED lighting is about three times higher than for Son-T lamps. “It is wise to take small steps when not much is known yet, for example by first performing a test yourself or by starting off with hybrid lighting, that is, a combination of Son-T and LED lighting.”

At the beginning of 2020, consultancy firm Ledgnd was founded by greenhouse horticulture entrepreneurs Joris Elstgeest and Matthea Rijneker and lighting specialists Richard and Ramón van de Vrie. The latter is Ledgnd’s operational director. “Growers can come to us for brand-independent advice on LED lighting. We compare all led lamps and fixtures with the technical specifications. The results can be found on a portal on our website.”

Since September, Ledgnd has been working together with the former WUR scientists from B-Mex, who provide calculation models for greenhouse horticulture, and subsidy consultants who are familiar with, for example, the Energy Investment Allowance (EIA), the Environmental Investment Deduction (MIA) and the Arbitrary Depreciation of Environmental Assets (Vamil).

Arno van der Salm from Oude Wetering in South Holland is a grower of matricaria, campanula, snapdragon and tulip. “I want to use LED lighting to plant thicker plants in autumn and to grow snapdragons instead of tulips in winter. With that, I want to achieve an even work situation all year round.” He has sought advice from Ledgnd on suppliers, fixtures, color spectrum and power output. In the nursery, a test section of 400 square meters is equipped with LED lighting. The second round of cultivation is now in progress. 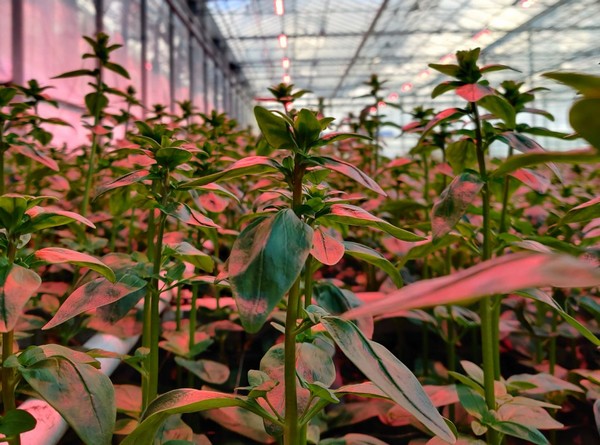 Higher turnover
Van der Salm: “Depending on the results, I want to expand the trial to my entire 1.5-hectare farm.” According to Van de Vrie, based on the current test results, year-round cultivation of snapdragons is possible, which means two extra cultivation rounds. This allows Van der Salm to realize a higher turnover and is expected to recoup the investment amount, which he prefers not to mention, in four years.

Dieleman and Medema see the establishment of Ledgnd as a logical development due to the interest from the greenhouse horticulture sector and the complexity of making choices in LED lighting. Medema: “It is important that they keep up with the latest developments and research in order to provide growers with the right information.”