Fluence, a provider of LED lighting solutions for commercial food and cannabis production, and Great Northern Hydroponics, an Ontario, Canada-based greenhouse growing more than 10 varieties of tomatoes, announced today that the companies’ collaborative LED implementation is projected to save an estimated 150,000 Canadian dollars in annual operating costs for the greenhouse. The project also qualified for an incentive through the Independent Electricity System Operator’s (IESO) Save on Energy Retrofit program that will significantly reduce the upfront costs of upgrading its lighting technology.

“We’ve been growing tomatoes for more than 20 years,” Van het Hof said. “As one of the first growers in our region to illuminate crops in a commercial environment, we’ve been immersed in researching and optimizing spectral strategies for plant growth and quality. Since the onset of LED technology, I’ve been particularly curious about how broad-spectrum LEDs could affect plant development. Based on our years of research and trialing, we’ve discovered that crops grow beautifully—with higher yields and fruit weights—under broad-spectrum light.” 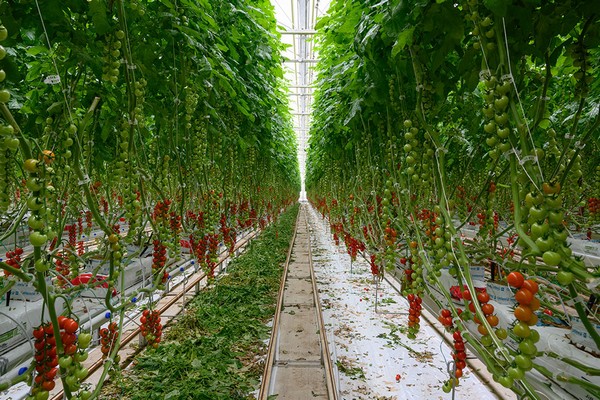 Through Fluence’s utility rebate coordination program, the company assists growers with identifying, applying for and, in some cases, creating rebate programs in a facility’s respective region. With Great Northern Hydroponics’ lighting upgrade supported by the Save on Energy Retrofit program incentive, Van het Hof estimates the business will save approximately CA$150,000 in annual operational costs by replacing its high-pressure sodium lighting with Fluence’s LED technology.

“LED technology is proving to be superior across all categories,” Van het Hof added. “Our plants are flourishing under broad-spectrum lighting, our operational costs are decreasing and our staff is enjoying working with white light versus harsher, redder lights. It’s a win-win for everyone.”