Horticulture New Zealand is calling on the Government to hurry up protection for highly productive land.

"While it’s great that the Government is trying to do something to improve housing supply by making land more available through reform of the Resource Management Act (RMA), the New Zealanders who will live in those houses will also want fresh vegetables and fruit to eat at appropriate prices," says HortNZ Chief Executive, Mike Chapman.

"Reports that “Urban sprawl looks set to eat up to 31,270ha of Auckland's most productive land over the next 35 years” ('Stupid and inconsistent': Urban sprawl set to swallow 31,000 hectares of prime land, NZHerald, 9 February 2021) make distressing and dispiriting reading. Part of New Zealand’s overall plan to house people and respond to climate change needs to be a plan to feed people fresh, healthy locally-grown vegetables and fruit, at appropriate prices," he adds. 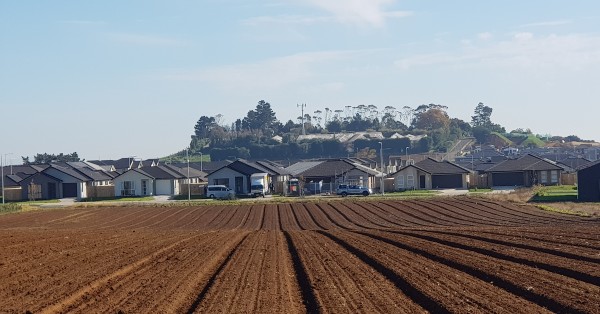 "If feeding New Zealanders and offering them food security is not part of the country’s plan, New Zealand’s health statistics will get worse, and vegetables and fruit will become unaffordable. Indeed, Deloitte has estimated that New Zealand consumers could face price increases as high as 58% by 2043 if vegetable production does not increase."

Productive land
Mike says he’d like the Government to ensure that the draft National Policy Statement on Highly Productive Land – “launched” in Pukekohe in August 2019 – does not get side lined in this Government’s busy agenda. "As a country, we think we’ve got endless, affordable food but as Covid and recent weather events have shown, we cannot take this situation for granted."

"Yes, we’ve got a lot of factors in our favour but, if we keep on letting highly productive land be swallowed up for houses, New Zealanders’ health and the country’s economy will be the poorer. Let’s ensure we grow vegetables and fruit as well as houses near our main centres, particularly as we have an abundance of less productive land that could be used for housing."