The presence of high salt and nitrogen concentrations in high- tunnel soils may make it more challenging to rebuild a healthy soil microbiome following a soil-clearing event, according to microbial ecologists in Penn State’s College of Agricultural Sciences.

Their research findings have important implications for soil fertility, and by extension, crop health and yield, explained Laura Kaminsky, a doctoral candidate in plant pathology, who led the investigation under the guidance of Terrence Bell, assistant professor of phytobiomes.

“Plants generally grow better with an active and diverse community of bacteria, fungi and other microbes in the soil,” she said. “If these microbes are wiped out by a soil-clearing event, we want to know how quickly the soil microbiome bounces back and which microbes are most successful at re-establishing. Our study is laying the groundwork for the future development of guidelines that will aid farmers when rebuilding soil through microbial additives.” 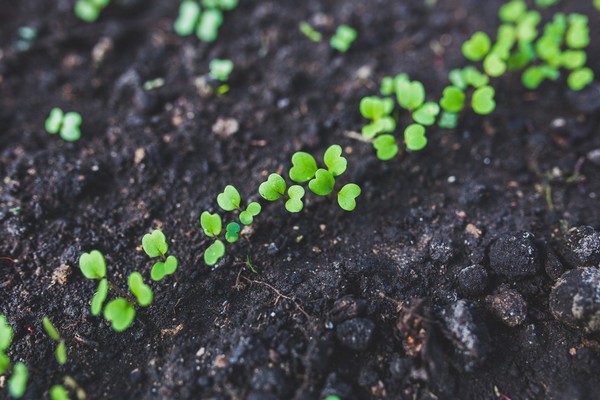 The researchers focused on agricultural systems that use high tunnels, which are plastic, greenhouse-like structures placed over a section of field soil. These structures are used to extend the growing season and to grow high-value crops such as tomatoes in a more protected setting.

Disease pressure
However, the quality of the soil under high tunnels tends to degrade over time. “If the same crop is grown in a high tunnel year after year, pathogens specific to that crop accumulate at higher and higher levels in the soil and cause increasing amounts of crop disease,” Kaminsky said.

One way to manage this increasing disease pressure is to reduce the population of pathogens by wiping out the entire soil microbial community, which is done with chemical fumigation or less harsh practices such as anaerobic soil disinfestation and soil solarization. The problem, Kaminsky pointed out, is that these soil-clearing practices indiscriminately eliminate soil microbes, including microbes that provide benefits to crop plants and microbes that perform general soil functions like nutrient cycling.

Gen-sequencing
To do that, the researchers buried small nylon mesh bags containing unsterilized “source” soil in sterilized “recipient” soil and left them to incubate for seven weeks. This allowed microbes to colonize out into the recipient soil, simulating how microbes from soil surrounding a cleared-soil area would colonize back into the cleared soil over time. Recipient soils were amended with salt, nitrogen, both or neither to determine whether these properties impacted the microbial communities’ composition in the recipient soil.

The team sampled the recipient soil at two time points: one week and seven weeks of incubation. At each time point, researchers characterized the microbial community by measuring microbial biomass and taking a catalog of the bacterial species present using gene-sequencing techniques.

After the first week, the microbial communities had relatively low biomass and were dominated by a very limited set of species in the Bacillus and Paenibacillus genera. By seven weeks, there was a far larger and more diverse microbial community present. 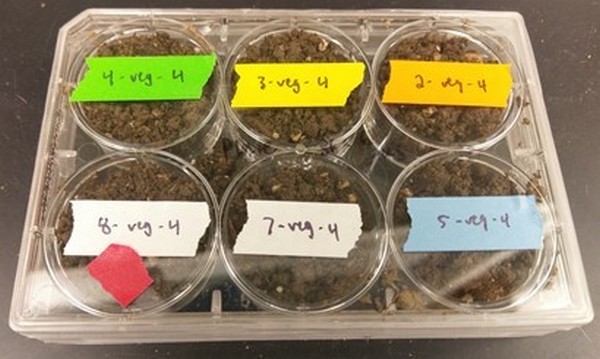 “At each time point, there were certain bacterial species present in every single microcosm, regardless of the recipient soil treatment,” Kaminsky said. “We called these ‘universal colonizers,' and most of these were in the Bacillus or Paenibacillus genus. This is not surprising as these bacterial taxa are known to be ubiquitous and fast growing in soil environments.”

Sharing results
In the recipient soils with salt and nitrogen added, the accumulation of biomass and bacterial diversity was significantly constrained relative to recipient soils with no additives. That is, higher soil salinity and higher soil nitrogen delayed the re-establishment of a diverse soil microbiome. “It was not surprising that high soil salinity yielded this result, as salt poses a significant stress to many microbes,” Kaminsky said. “It was somewhat surprising that high soil nitrogen yielded this result because nitrogen is a nutrient source instead of a stress. However, it may have favored a less diverse subset of fast-growing microbes, leading to the results we saw.”

The findings, published in Environmental Microbiology, suggest that factors such as nutrient and salt accumulation, which can be particularly problematic in high tunnel systems, can be important in determining which colonizing microbes survive, Bell said. He noted that Kaminsky has developed Penn State Extension programs to share the results with growers. 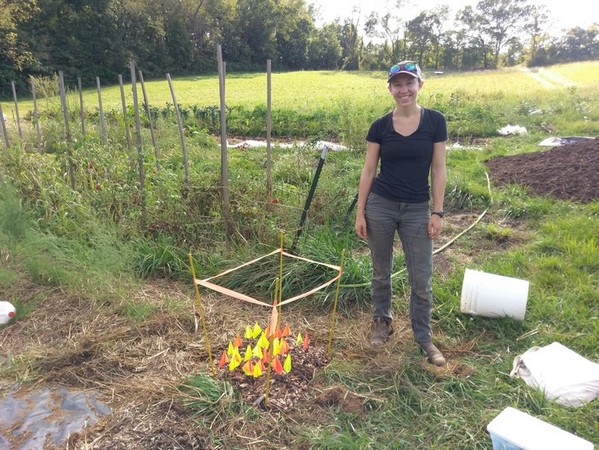 “Laura has worked hard to develop both leading-edge research skills and communication skills that allow her to relay the state of knowledge in our field to farmers and other stakeholders,” he said.