Could research into eye health lead to more commercial production for orange capsicums?

A research project underway in Queensland has been able to link compounds found in orange capsicums to long term eye health, potentially paving the way for more growth and consumption in Australia in the future.

As part of the Queensland Alliance for Agricultural and Food Innovation (QAAFI), PhD student Rimjhim Agarwal from the University of Queensland is assessing orange capsicums and chillies for zeaxanthin concentration, which is vital for central vision. The study is being done as part of a Hort Innovation project, called ‘Naturally Nutritious’.

"It’s been good to determine that nearly all orange capsicums are good sources of zeaxanthin," Associate Professor Tim O’Hare said. "Ms Agarwal is currently looking more deeply into the genetics and cell physiology of why some fruit have more zeaxanthin than others, whether this is due to more zeaxanthin being produced, or more storage capability in the capsicum fruit once it is produced. This will help us understand how to further improve the fruit in the future. From the findings so far, an obvious thing to do is to incorporate this into the current dietary advice for macular degeneration. Certainly, dark green leafy vegetables are often recommended, but there is a glaring omission for orange capsicums, undoubtedly the best source of zeaxanthin in our diet." 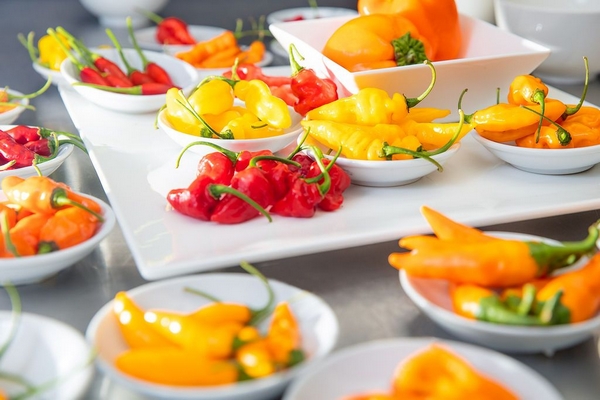 Dr O'Hare explains that the orange pigment called ‘zeaxanthin’, which people accumulate in the macula helps to protect against blue-light damage of our photoreceptor cells and subsequent macular degeneration.

"We can’t make our own zeaxanthin. We can’t synthesise this compound ourselves, so we have to get it from either our food or from an artificial supplement," Dr O'Hare said. "Although it’s been reported in a few scientific papers that orange capsicums contain zeaxanthin, not a lot is known about actual amounts, and how much you might have to eat to get a good dosage. Ms Agarwal has found that the amount of zeaxanthin is higher than all other fruit and vegetables on the market, but that the level of zeaxanthin can vary more than 10-fold between different varieties. Interestingly, while orange capsicums were good sources of zeaxanthin, orange chillies were not." 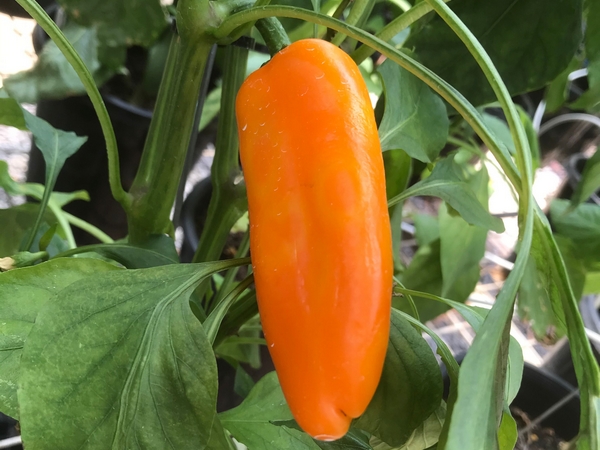 He added that people who eat very little fruit and vegetables, or eggs, run the risk of having a very low macular pigment density. Apart from this being highly correlated with macular degeneration, these people are also likely to suffer more from glare.

"Nowadays, it is also possible to obtain your zeaxanthin and lutein from an artificial supplement, if your diet is inadequate," Dr O'Hare said. "It’s also possible that constant exposure to blue light from smartphones/technology may be a potential issue. It’s one of those things that is still being assessed. Naomi Fitzpatrick, a PhD student at the University of Queensland is looking at just that." 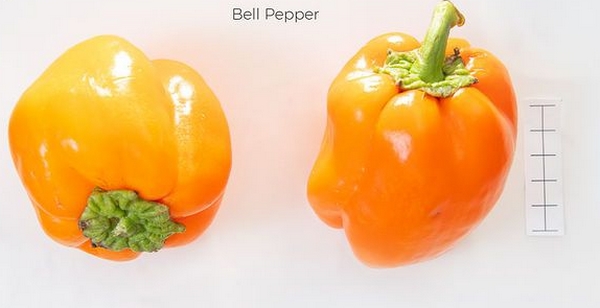 The other macula-protective compound is lutein, which is a ‘sister-compound’ to zeaxanthin, and is found most commonly in dark green leafy vegetables, and is much more common in our western diet. Dr O'Hare says both are important, although zeaxanthin and lutein are deposited in different parts of the macula, with zeaxanthin more to the centre, and lutein around the periphery.

"It might take a few weeks to build up your macular pigment density, but once you have, it should last for 3-6 months,” Dr O’Hare said. “The best thing is to keep it topped up, rather than a big rise and fall. There is no evidence that eating too much zeaxanthin (or lutein) is detrimental – any extra will get metabolised. Some people are better at accumulating zeaxanthin and lutein because of their genetics. Interestingly, it appears that zeaxanthin and lutein compete with beta-carotene for dietary uptake, because they are transported in the body on the same ‘carrier-protein’. Beta-carotene is important for preventing night-blindness (which is different from macular degeneration). Our bodies convert beta-carotene into retinol, and people who have the genetic capability to do this more efficiently, also tend to better accumulate the zeaxanthin and lutein in their maculas. So, theoretically, it might not be best to eat zeaxanthin-containing capsicums, or lutein-containing spinach, with carrots or pumpkin, which tend to be loaded with beta-carotene. It’s something we’d like to look further into." 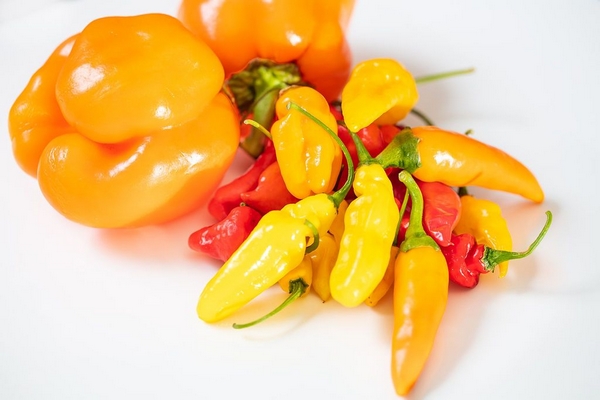 Dr O'Hare says that while orange capsicums are occasionally in the Australian marketplace, they are rare compared to red, green, or even yellow capsicums.

"Sometimes these are sold together as a ‘traffic-light’ combination," he said. "Unfortunately, none of these capsicums are a good source of zeaxanthin. I have heard second-hand that seed for orange capsicums can be more expensive than that for green/red fruit. This is obviously an important issue for growers. I’d love to see more orange c 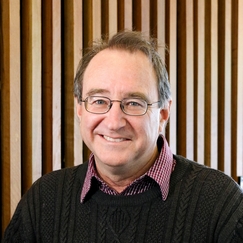 apsicums on the market. Perhaps, they could start by substituting orange capsicums for yellow capsicum."