Environmental and climate priorities of the new administration

This week’s PMA Virtual Town Hall focused on the environmental and climate priorities of the Biden administration, and how the produce industry could be affected by this. This week’s panel featured Dan Sun, Co-Founder of EcoQuest, an organization that focuses on sustainability in the agricultural sector, and Payne Griffin, who is the Legislative Assistant for US senator Mike Braun as well as the Staff Director of the Environment and Public Works Subcommittee on Clean Air and Nuclear Safety. The panel was led by Richard Owen, PMA’s Legislative and Regulatory Affairs Team Lead. 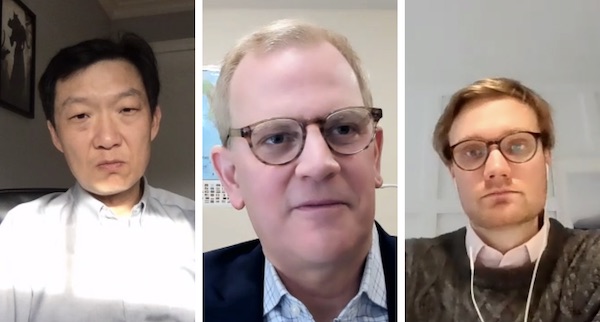 With the inauguration behind us, the first 100 days of the new administration have begun. A lot of priorities and goals have been brought forth that the administration wishes to address during this time. Richard Owen says: “Of course, addressing the pandemic and the economic impact caused by it are the top priority. The second priority, however, is addressing the climate emergency. One of the key priorities they have highlighted is the establishment of a carbon bank, which will be our main focus of today.”

Carbon trading and a ‘carbon bank’
Dan Sun provided an overview of the carbon market and how it works. “This is something that is being done in many places in the world, and the US is one of the most important and biggest outliers in this. The new administration is trying to address that. The basic process is that a regulatory body will define a set of protocols for farmers to follow that will result in a reduction of emissions. Examples of these protocols are using conservation cropping (such as no-till), and microgeneration. When the protocols are being followed by a farmer, an aggregator will collect and verify the data on the farm’s outputs and based on the outcome of this data, the farm will receive a certain number of credits. These credits are then sold on a market exchange and the farmer will receive monetary returns,” Sun explains. 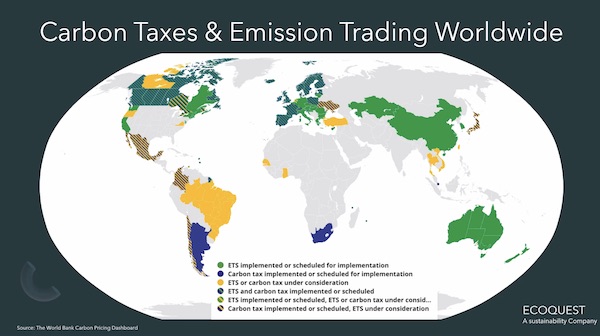 As an example, Sun discusses a farm in Alberta, Canada. “There are four agriculture related protocols in place, and by implementing these protocols, the farmers are able to get credits. They are receiving 23 Canadian dollars per ton of offset carbon, of which the farm receives two-thirds, and the aggregator receives one-third. These protocols are currently dictated by local jurisdiction, but it would be great if we could get to generating a unified global protocol set in the future.”

While many growers have already implemented sustainable practices to their farms, there are also many who haven’t yet. Sun recommends: “Growers will have to do their own calculations to ensure that any investments they have to make to adhere to the prescribed protocols will make financial sense for them.” He adds: “The return that you will get through these programs will have to be worth the investment, of course. The hope is that while there will be incentives and subsidies at the start to encourage growers to participate, eventually the market-based system will be profitable enough that that there would be higher levels of natural economic returns.”

Government actions
Griffin discusses the legislative side of these issues. “With the republicans now being in the minority, the potential for climate legislation to be put forth by the committees has increased quite a bit. On the EPW committee, specifically, we are more focused on policies relating to generation and transportation rather than agriculture. It will be the Agriculture Committee that will be working on the climate legislation as it will be in relation to agriculture. In the past 2-4 years, there has been a shift to the viewpoint that agriculture is a part of the solution for the climate problem,” says Griffin.

In order to draft the right plan for building a successful carbon exchange, committee has been engaging with several countries to see how it is done there. “The main difference is that in other countries there are regulatory systems while we are aiming at it being a voluntary system, but we have learned a lot from seeing what others are doing in this regard. The most important thing we are trying to achieve is that it will be a system that is easy to implement across the industry – for row and specialty crops. It is a concept that is new for a lot of farmers, so we want to use the existing infrastructure that is in place and build on that rather than bring entirely new agencies to life. People are used to interacting with agencies such as the USDA so we want to ensure they can continue to do that, which will make everything as smooth as possible.”

The most important step for the industry, from growers to associations, is to continue engaging with the legislators. “Being at the table is critical,” says Griffin. “A lot of these policies are new for the Agriculture Committee, so they are very willing to listen to industry input and the policy space is very broad, so engagement is critical. We need to hear from you what does and what doesn’t work – just be at the table, be constructive, and think outside the box,” he concludes.

Next week
Next week’s town hall will look at the summer season in the southern hemisphere and how Covid has affected export markets, including changes in strategies and how new opportunities have been created. It will also explore longer term economic challenges which have shaped world markets and export trends. This town hall will have live simultaneous translation available in both English and Spanish.