"at the moment growth differential seems to decrease"

In Zwolle, Cultivation & Technology students are testing bell pepper growth on different organic mats. It was decided to compare two kinds of mats. The Supreme rockwool mat from Grodan and the Greelinde Food mats from Lensli were selected. Below, the students share their experiences that help companies. 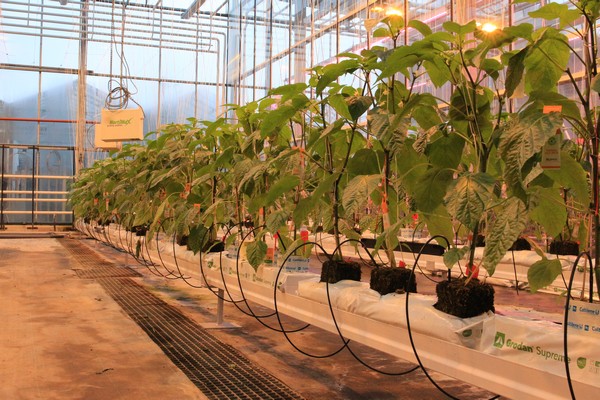 Project day
Every Monday, Cultivation & Technology's graduation class meets for project day. At the beginning of the year, they were divided into groups and care for their own cultivation. For example, they are responsible for a greenhouse with gerberas, a greenhouse with cucumbers, and, later in the season, bell peppers.

In addition, there is a group experimenting with LED lighting. The students do everything for this crop themselves, from ordering resources and materials to the settings on the climate computers. On Mondays, in addition to all these activities, various tests for the private sector are conducted.

Bell pepper trial
Traditionally, almost all peppers in the Netherlands are grown on rockwool, however, in recent years there has been an increasing focus on organic substrate. The group of students working on the peppers thought it would be a good challenge to test both mats side by side. It was decided to compare two types of mats. These were the Supreme rockwool mat from Grodan and the Greenline Food mats from Lensli.

In the new experimental set-up, Greenline Food mats were laid alternately with Supreme rockwool mats. In addition, the bell pepper plants, which were put on the Greenline Food mat, were sown in pots made of organic material. The bell pepper plants were sown on October 19, 2020, and planted on December 7. Upon planting, there was a visible difference between the peppers on rock wool and on organic pots. 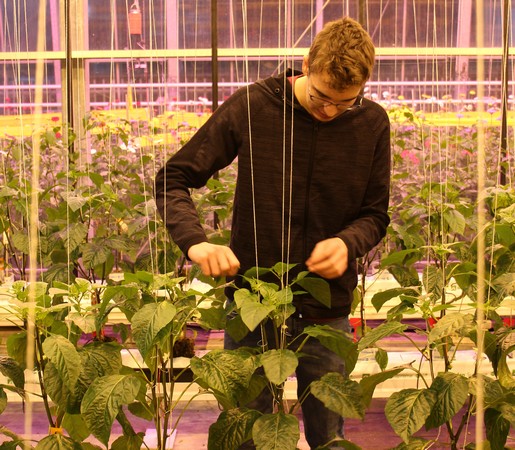 Outgrowth
According to the students, the plants on the organic substrate were somewhat larger, more vegetative, and darker in color than those on rockwool. This is what students Rutger, Casper, Iwan, and Jesse have to say about it: "We think that the peppers on the organic material outgrow just a little bit easier than on rockwool and that this gives them an advantage in the beginning."

The plants were placed on the planting hole immediately upon being transplanted, the difference was that the Supreme rockwool mats were dripped full and the Greenline mats were not.

Also, next time the students would drip the organic mats beforehand. "Maybe then rooting will happen faster."

Growth differential seems to decrease
At this moment, all plants are tied and set on three heads. The difference in growth is still visible but seems to be slightly decreasing. In the coming weeks, the students will start with plant registration, also the EC and PH will be measured every week. "And, of course, the yield is also recorded."