The comprehensive immigration reform bill recently introduced by President Biden is "fundamentally different from what any other president has done to emancipate farmworkers," stated the United Farm Workers and the UFW Foundation.

It is unique in granting immediate legal status to eligible farm workers currently working in the United States, the organization said. And it is unprecedented because it is the first time that a US president has proposed his administration's comprehensive immigration plan during his first day in office, he added.

Farmworkers eligible under the legislation would have to pass criminal background checks and show they have worked in agriculture for at least 100 days in four of the previous five years. The new president also announced that he is simultaneously taking immediate action, including restoring the rights of Dreamers under the Deferred Action for Childhood Arrivals program and canceling Donald Trump's vengeful executive orders enforcing Dreamers policies. immigration. 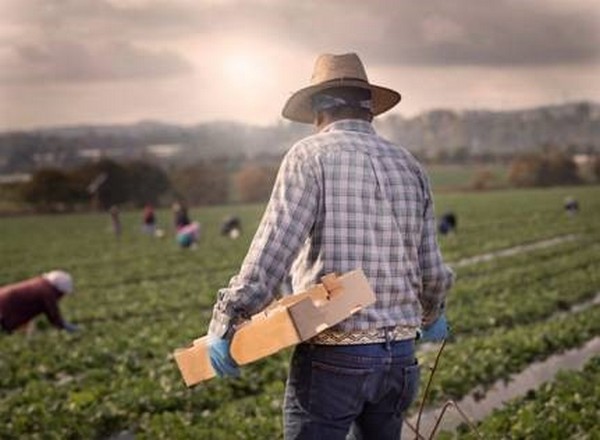 Immediate legal status
“Under the Biden Bill, farmworkers with a work history would immediately gain legal status, along with Dreamers and recipients of Temporary Protected Status,” said UFW President Teresa Romero. “This bill is fundamentally different from what any other president has done to emancipate farmworkers so that they can escape widespread fear and behave as free women and men.

"Not only is its content remarkable, but never before has a president of the United States presented his own comprehensive immigration reform measure on the first day in office. Now we must work to turn this vision into reality." In addition, "making a substantial difference in people's daily lives on Day One will be the executive actions President Biden will take to reverse Trump's previous executive orders," according to UFW Foundation Executive Director Diana Tellefson Torres.

Among them are "reinstating DACA as it was in 2012 under President Obama, ending the infamous Muslim ban, stopping the theft of Defense Department money to build Trump's useless border wall, and rescinding a series of punitive executive orders. Trump on immigration enforcement," he said.

"President Biden will immediately stop deporting those who harvest the food we eat. We are delighted to hear that farmworkers are being honored on day one."

"Elections have consequences"
After a steady barrage of racist and anti-immigrant messages in 2020, for five years under Trump and for decades from other Republican candidates, a large majority of Americans, including many Republican voters, support granting legal status to undocumented immigrants who understand more. of two. Thirds of the "essential" frontline workers helping America survive COVID-19, including farm workers.

Biden's proposal also incorporates the same overtime pay for farmworkers that other American workers have enjoyed since the 1930s, staggered over several years under the terms outlined in the Farmworker Justice bill sponsored by the then Senator Kamala Harris.

"In electing Joe Biden, this country emphatically rejected intolerant and anti-immigrant acts and rhetoric," Romero observed. "Elections have consequences." One consequence is the genuine relief that the Biden plan will offer farmworkers who for years have lived in constant terror.

Ruben, an 18-year-old Washington state college student (asked that his last name not be used) has worked in the field since age 13 and cast his first vote for President Biden before gaining Latino voters in Phoenix in fall 2020 "My older brother is a DACA recipient," Ruben said. “Why should your opportunities in life be limited? My parents are farm workers. How are we honoring their sacrifices? The Latino community worked tirelessly to mobilize for Joe Biden and Kamala Harris. Our work isn't done until we make sure our families have a fair way forward. "

“The last four years have been incredibly difficult for undocumented farmworker families like mine,” said UFW Foundation member and farm worker Vicente Reyes. “President Biden's immigration bill is the result of many decades of farm workers organizing and fighting for their rights. We are hopeful of the possibility that one day we will free ourselves from the fear of deportation that has dogged us for all these years. "

Both the UFW and the UFW Foundation pledged to make common cause with diverse allies to pass immigration reform, citing increased participation from Latinos and immigrants who helped elect the Biden-Harris ballot in key states plus a majority in Congress. who will work to integrate the new Americans.