Customized harvesting machines at any budget

“The pandemic hasn’t slowed us down at all. I’m an entrepreneur and I saw an opportunity in the vertical farming market because a lot of leafy greens are cultivated,” says Robert Benner, CEO of Hamill Group. The upcoming market could open another door for Hamill. “We have some great engineers, therefore we designed decent equipment and eventually built it to see where it would take us. Which really led us to go into vertical farming in the end,” Robert states.

Manual labor
Hamill’s harvester takes eight by ten trays a minute, but according to Robert, by hand, it takes two minutes to cut a tray. He adds: “However, a worldwide problem is labor. Vertical farming is labor-intensive as making use of scissors is too time-consuming. There’s a small window to get your product out, and if people do not show up, how will you get out the system?” 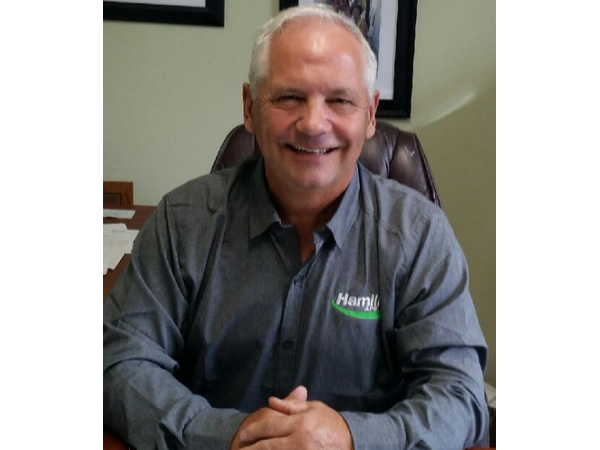 Robert says that Hamill's goal is to design a small harvester that is going to fit on a table, to cut one tray. “We have done this as there’s an area growing, big stores want to grow microgreens but they need to harvest it as well. They showed me the room how food production looked in 2050. These huge companies think that we have to be on the right track, but the industry is growing.”

Cost-effective
Hamill is cost-effective to meet that need for a growing environment in either aquaponics, a greenhouse, etcetera. “We’re not limited by any growing type and the need of any grower. The largest US companies have our harvesters, and they still want more. They have been looking at other things we could design for them. Currently, we’re taking various systems and applying technologies and techniques. Making sure that the trays are in the right growing media and creating unique growing capacity.”

“Three years ago we were approached by a greenhouse grower and we were asked to build a machine that cut microgreens,” says Robert. “Eventually, we designed the first microgreens cutting machine for him. After the machine was delivered there was a lot of buzz around it and it took off like crazy.” Within a year Hamill was shipping worldwide and started producing microgreen cutting machinery. Eventually, the company updated to different trays and had to meet a tailored demand. 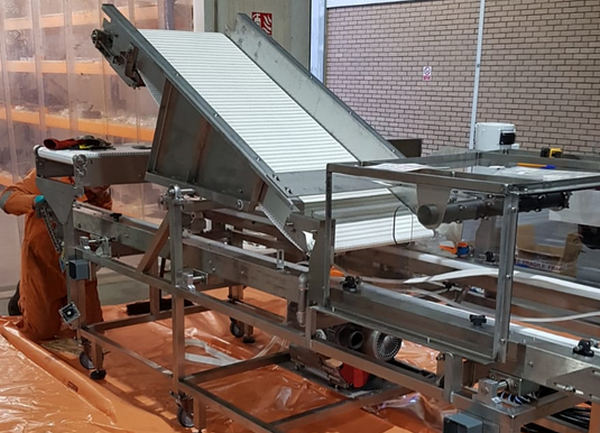 Originated from 1948 in Niagara Falls, Hamills provides harvesting equipment to innovating, designing farms and full production facilities as an end-to-end provider. The company offers complete systems for either organic and non-organic production, meaning a complete custom design to any budget. “We’re definitely enjoying the ride as our harvesters have been improved so well over the years. Later on, we designed a custom line from the seeding room, to the conveyer, including a 24-feet elevator to the harvester. Next to that we designed our own trays because of the upper and lower difference in the same conveyors.

From microgreens to leafy greens
According to Robert, Hamill is becoming one of the few companies that have a lot of knowledge is growing. Some have knowledge of systems only and we have the experience already of many machines we built in the past. “We can offer them our advice, based on years of experience, and we can address the challenges.”

Once the fresh produce is cultivated by a farm, Hamill starts designing the system, as there are several products to work with. The produce is tested and measurements are made to see what works best on the machines. “Can you imagine the challenges, going from microgreens to lettuce? So there are some big challenges here. One challenge we have is cutting a full head of lettuce. In terms of, we can cut it, but when it is, it wants to fall down, for instance,” says Robert. 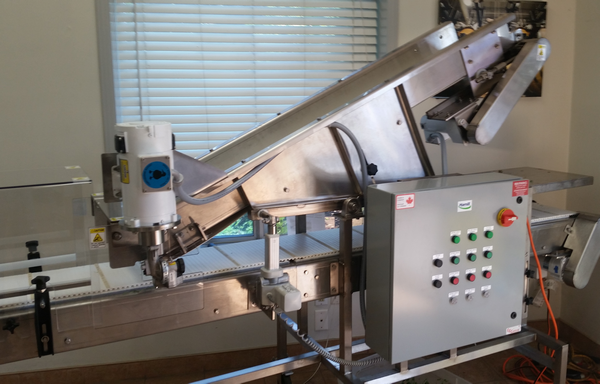 In City project
Hamill is a part of the In City Farms project collaborating with several companies. The project constructs about 10 different buildings around the States. “We are designing the whole production side of things, so we can place our equipment inside the building. Some growers do not think of what is around all the production trays. It’s a huge expense to move around with things and it’s our job to do this as it’s part of the job once building it.

In City Farms wants to provide employment for underdeveloped people. Robert says that designing equipment that is automated enough but which can still be used by people in certain areas. “We know enough about tray repetition and we can put automation where needed. We’re definitely enjoying the ride as our harvesters have been improved so well over the years. Later on, we designed a custom line from the seeding room, to the conveyer, including a 24-feet elevator to the harvester. The other cool In City is that it’s all-new build, therefore we’re designing and building the farm, but we’re not trying to do all the work ourselves,” Robert states.