Ying Diao has received a NASA Early Career Faculty award to improve the growth of vegetables in space. When in space, astronauts typically eat dehydrated, nutrient-dense food, but when it comes to longer space missions, that can become a problem as they’ll eventually lack nutrients from fresh vegetables. However, one chemical and biomolecular engineering professor will be researching ways astronauts can grow their own fresh vegetables more efficiently while they are on missions.

Diao’s goal for this research is to develop wearable sensors for plants so that their health and stress levels are detected autonomously, with no need for humans to do the testing. Then, a “smart” plant chamber will be developed that can identify the best conditions for a plant to grow in to reduce its stress. Diao also wants to develop another sensor that will continuously monitor a plant’s growth over its lifetime.

“We're helping the astronauts to be more healthy during space missions, by improving the health of the plants they grow,” Diao said. “So the bigger impact could also be that it helps future human colonization on Mars or on other possible habitats.” 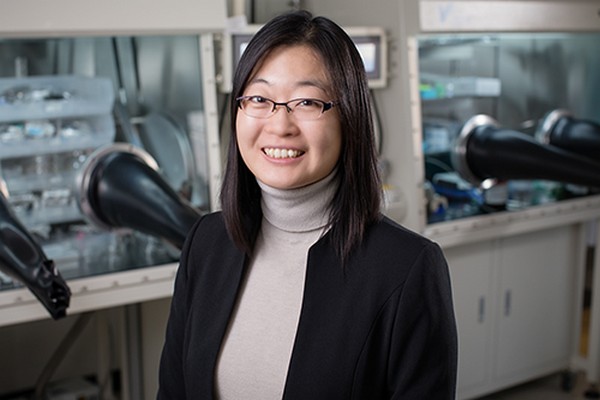 Diao said when writing her proposal for the award, she almost gave up hope that she would win as she was working on it during the lockdown, when COVID-19 first hit the United States. Throughout this time, Diao also be a full-time mom to her son and work while he was sleeping.

“That's why I didn't anticipate success at the beginning at the first try so I'm really excited that I can be part of this effort,” Diao said, adding that since she was little, she always wanted to be an astronaut. “So it feels really exciting that our research can be connected to NASA and that we can work with them solving problems to better advance space missions.”

Although the ultimate goal for this project and research is to help people in space, it could also be utilized back on Earth in addressing climate change.

“During climate change, a plant experiences a lot of stress, but on the other hand we need a plant to be more productive without increasing the footprint of the agriculture land to feed the growing population of our planet,” Diao said. “To address this conflict, we could potentially help decipher how the climate change and the microenvironments are impacting the plant stress and then we are better equipped to help plants adapt to a changing environment.”

This project will have a three-year time limit and will include a team of two graduate students, Siqing Wang and Kavin Ella Elangovan, and one undergraduate student, Bindu Edupulapati, who will all have different roles in developing these sensors. Eventually, Diao hopes to be able to test the devices in the Vegetable Production System (Veggie) unit in the International Space Station, but said “that's a challenging goal to strive for.”

“I think most of the technology in my field is developed for human health but we've been ignoring plants for too long,” Diao said. “I think it's a new frontier that I want to go into and it was just part of a smart agriculture movement.”