University of Almería puts a decade of theory into practice

After 10 years of work in the development of easy-to-implement strategies, it publishes a study of air conditioning in cultivation under plastic that experimentally demonstrates the correct operation of the tuning rules that it created and disseminated in 2011.

This last work has been developed within the framework of the thesis of Ana Paola Montoya, in collaboration with the doctoral candidate Francisco García Mañas and supervised by professors Francisco Rodríguez Díaz and José Luis Guzmán Sánchez, both from the area of ​​Systems Engineering and Automation of the UAL. Its title is "Simple Tuning Rules for Feedforward Compensators Applied to Greenhouse Daytime Temperature Control Using Natural Ventilation", and its objective has been to put into practice and experimentally demonstrate the correct operation of the simple tuning rules for compensation of disturbances that were developed at level theoretical in 2011 in another article, published in the Journal of Process Control, signed precisely by the own professor José Luis Guzmán together with the Swede Tore Hägglund, from the Department of Automatic Control of the University of Lund that was titled “Simple tuning rules for feed forward compensators ” 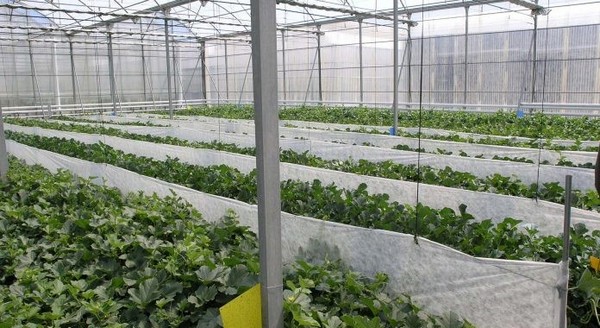 Thus, for this, it has been decided to take as a reference the control of temperature of a greenhouse, in order to be able to evaluate these new ideas: “The temperature control of a greenhouse is a complex problem, due to a large amount of external disturbances that modify its behavior, such as variations in solar radiation, the speed of wind or outside temperature. In practice, the effect of these disturbances is generally omitted in the vast majority of commercial automatic control systems, due to the complexity of implementing the existing solutions in the literature ”. It has been tried and managed to provide solutions with this work published in Agronomy, following the line set for a decade by the researchers of the "Automation, Robotics and Mechatronics" group at the University of Almería. Its mission has always been to develop automatic control strategies that are simple to implement and understand by end users, which can be easily transferred to the industrial sector.

Thus, in this last article "a simple and practical solution is proposed, based on the theoretical contributions of the other article", the one published by Guzmán and Hägglund, "to be able to compensate for the effect of external factors and achieve temperature control. in the greenhouses more precise and stable ”. In this way, "thanks to being able to have a more adequate temperature regulation, drastic thermal variations are avoided inside the greenhouse, resulting in an improvement in the production of the crop under plastic". The new solutions have been evaluated in simulation and experimentally, against different working conditions, in addition to being compared with traditional solutions, to "finally demonstrate a better performance against all the scenarios proposed". Thanks to the results obtained, it has been possible to demonstrate that the new solutions developed theoretically during years of research have a relevant impact in the industrial field.