After years of research and development, and close cooperation with Genesis Seeds and Bar Illan University, company Fenix has brought into the market the world’s first two downy-mildew resistant hybrids specifically designed for pots production: BASILIO F1 and GERVASO F1 (from the Prospera® genetic family). 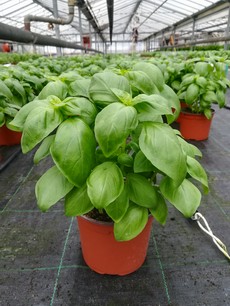 Downy-mildew (Peronospora belbahrii) confirms its reputation as an increasingly hard enemy to face for professional basil growers and retailers, both for its peronosporaceae pathogenetic nature and the limited range of truly effective active molecules that growers can use to limit the damages it brings to crops.

This mildew is threatening the productive power of this herb’s growth despite its market-demand is steadily increasing. That is probably due to the specific features of basil like versatility and flavor that makes it one of the most appreciated and used aromatic herb in several fields: from professional-cooking environments to domestic use. 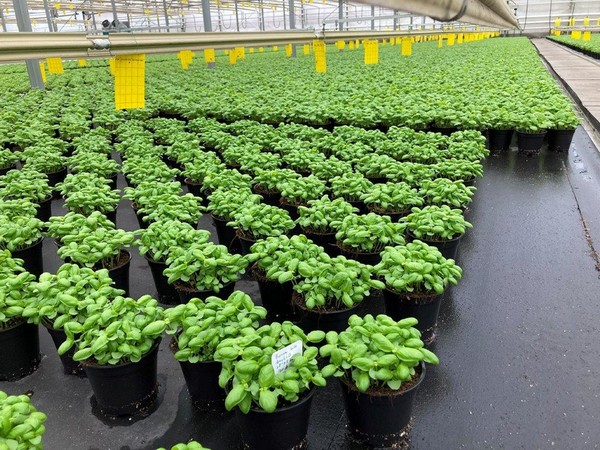 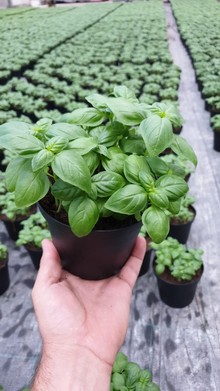 Basilio F1 and Gervaso F1 showed already some advantages for the farmers who tested them like important economic savings, due to the less quantity of phytosanitary products that the cultivation needs and the achievement of a much better and healthier final product in comparison with the most common selections marketed until now. This is due to the characteristics that are proper to the hybrid nature of these basils, like very high both homogeneous germination and production, in addition to the important resistances to the already-mentioned downy-mildew and fusarium (Fusarium oxysporum f. sp. basilici). These features allow a decrease of treatments needed by the crops. It is important to not overshadow the most serene condition of growers concerning controls carried out by distribution chains to find out phytosanitary products residuals which are constantly becoming more sever.

Gervaso F1 presents itself with a dark-colored plant characterized by short internodes which pledges a great pot compactness with the following possibility to being stocked for a longer time to face any eventual unexpected. From its side, Basilio F1 is featured by middle internodes with an earlier production due to the shorter time which the plant employs to achieve a quick filling of the pot.